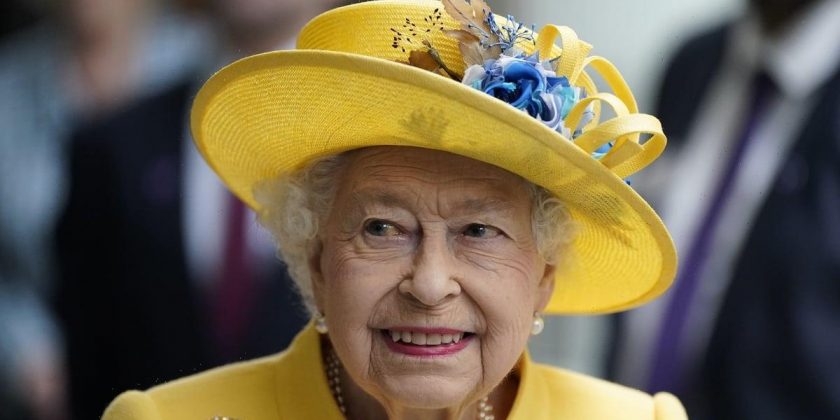 Two British icons came together for teatime in a new short film released in celebration of Queen Elizabeth II’s Platinum Jubilee. In the short film, which aired at the start of the Platinum Party at the Palace concert, the queen is joined by none other than Paddington Bear (voiced by Ben Whishaw, just as he is in the “Paddington” films) for a spot of tea and an orange marmalade sandwich. The monarch and the adorable bear instantly bond when the queen reveals that she too keeps a marmalade sandwich on her person at all times just in case of a hunger-related emergency.

“Perhaps you would like a marmalade sandwich? I always keep one for emergencies,” Paddington asks the queen before producing a sandwich from his hat. Much to his delight, the queen reveals she keeps her sandwich in her handbag. “So do I,” the queen responds as she pulls her own sandwich from her bag. “I keep mine in here . . . for later.”

From there, the clip turns into a tearjerker as Paddington thanks the queen for her 70 years of service. “Happy Jubilee, ma’am,” he says with a tip of his hat. “Thank you for everything.”

According to Deadline, the clip has been kept secret for months by Buckingham Palace, the BBC (where it aired in the UK), and Studiocanal. “Her Majesty is well known for her sense of humour, so it should be no surprise that she decided to take part in tonight’s sketch,” Buckingham Palace said in a statement. “There was an interest in the filming and animation process and the opportunity to invite a famous bear to tea was just too much fun to miss. While The Queen may not be attending the concert in person, she was very keen that people understood how much it meant to her and that all those watching had a great time.”

Rosie Alison, head of development at Heyday Films (a coproducer on “Paddington”), revealed that filming the short was an unforgettable experience for everyone involved. “Filming Her Majesty’s tea party with Paddington Bear was such an emotional day for the entire crew,” she said in a statement. “All of us were in awe of the Queen’s wit, warmth and radiant aura as she patiently engaged with a polite, clumsy but very well-intentioned bear. Of course, she shone, and put Paddington (and all of us) at ease. Capturing this lovely encounter was an absolute joy and unique privilege for the whole team. In Paddington’s words, ‘Happy Jubilee Ma’am. And thank you. For everything.'”