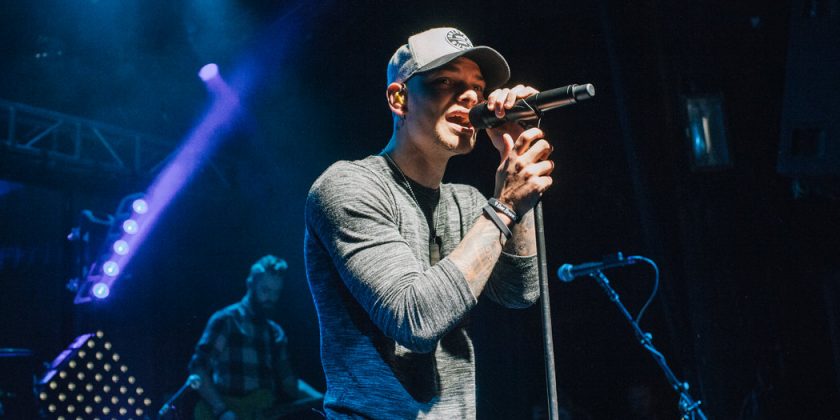 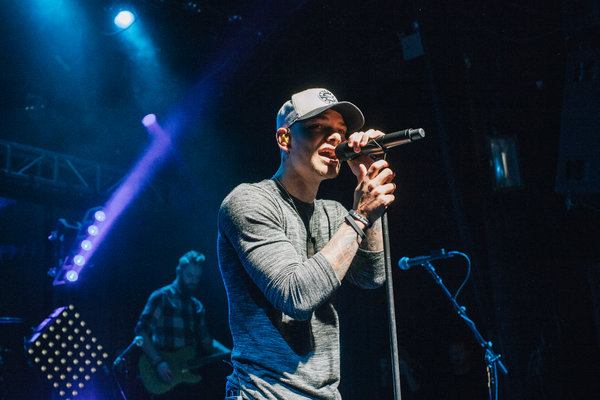 Every Friday, pop critics for The New York Times weigh in on the week’s most notable new songs and videos — and anything else that strikes them as intriguing. Just want the music? Listen to the Playlist on Spotify here (or find our profile: nytimes). Like what you hear? Let us know at [email protected] and sign up for our Louder newsletter, a once-a-week blast of our pop music coverage.

It should be neither remarkable nor courageous for a country singer to address the plague of gun violence in this country. That mass shootings tore apart a country music festival a year ago and a country-music bar just two days ago makes the genre’s silence on the matter irresponsible and infuriating.

And yet the mute response largely persists, which is why “American Bad Dream,” from the new Kane Brown album, “Experiment,” is such an outlier. But it is one that country music needs to contend with, both because of what it says and how it says it.

In the first verse, Brown talks about the preponderance of school shootings in stark terms:

That this sentiment is coming from Brown, someone as fluent with country tradition as with the reasons to challenge it, matters a great deal. He’s a young star not as beholden to the expectations of genre elders, but with a rich, oozy voice that would have been as resonant two or four or six decades ago. The song moves with a hollow, post-Sam Hunt thump, which gives it a contemporary sheen.

Which makes it a challenge: Will country music’s institutions embrace it, support it, promote it even? Will country radio’s mainstream find room for it? Will even a boundary-pushing D.J. like Bobby Bones play it? Next week, the whole of the industry will gather in Nashville for the 52nd annual Country Music Association Awards, the industry’s most prominent showcase. Real courage would be inviting Brown to perform it on the show. JON CARAMANICA

Ariana Grande, ‘thank u, next’

A cloud of cheerful fizz that’s reminiscent of first-wave Mariah Carey, “thank u, next” captures Ariana Grande performing two opposing tasks at once. She’s grateful for her past relationships, and also so over them. She’s learned a lot from her exes, but better off alone. This song — which has spawned a thousand memes — is among her best, an optimal use of autobiography that feels neither forced nor resentful. CARAMANICA

A fraught relationship — with someone else? with himself? — still sounds guardedly hopeful in “Uncertainly Deranged,” the latest song from Bayonne, the loop-loving one-man studio band Richard Sellers. “In the end you’re feeling something, even when you make a mess of me,” he rationalizes. Yet the song’s countless peppy layers radiate optimism simply in the way they gleam and interlock. JON PARELES

There are few seductions that the bachata superstar Romeo Santos isn’t fluent in, or hasn’t attempted. He relishes the opportunities for conquest. So when it came to joining in for a remix of Anuel AA’s “Quiere Beber,” one of this summer’s big hits, Romeo studied the turf — lush, pillowy reggaeton-lite production; a vocal pattern that congeals like taffy — and arrived with an arresting stream-of-consciousness flow full of bright spots and winks, for a performance that’s smooth as whole milk. CARAMANICA

Paternalism, back off. Clementine Creevy — songwriter, singer and guitarist for Cherry Glazerr — starts out timidly asking “daddi” for guidance and permission, but then blasts free in no uncertain terms: “Don’t hold my hand,” she insists. “Don’t be my man.” The band’s patterns and guitar tones echo early 1980s mope rock, but the attitude is 2018. PARELES

“Head Alone” sounds at first like placid folk-rock, with two strummed guitar chords behind the Australian songwriter Julia Jacklin’s reedy voice. But that’s resolve, not complacency; she’s fuming, and the reason soon emerges: “I don’t want to be touched all the time,” she sings. By the end of the song, she’s got a rallying cry: “Say it till he understands/You can love somebody without using your hands.” PARELES

Eric Harland’s snare-drum strokes and Taylor Eigsti’s piano chords crosscut and spar on “The Teller (Aquila),” scattering energy in every direction but building a collective tension. They are the two-person hub of Voyager, a quintet led by Harland that just released its second album, “13th Floor.” The record proves that Harland — who’s known for bringing a nonchalant but busybodied drum style to bands led by Dave Holland and Charles Lloyd — only continues to grow as a composer and bandleader. GIOVANNI RUSSONELLO

The umpteenth Diplomats reunion/comeback gets a promising start with “Sauce Boyz,” a worthy tracing of the crew’s peak-era work. Juelz Santana’s verse has his signature jiggle, and Cam’ron opts for something laid back. But the most invested and indignant appearance comes from Jim Jones, rapping about the changes in the genre with the grim crankiness of a flustered dad. CARAMANICA

A brief slice of lo-fi neo-soul from an Oakland band, “Feel That Again” explores how elusive a moment of bliss can be. Over a lumpy drumbeat and blurry guitar chords, the song recalls the instant when, “She says she can’t stay/But she hesitates, then turns my way,” and quickly crescendos into the chorus: “I want to feel that again!” In just two minutes, the song itself is over. PARELES

A persistent pulse, not an overbearing beat, drives “Secret Snake” by Objekt, the Berlin-based electronic musician and software developer TJ Hertz. The bass line bounces up and down an octave within a dense thicket of other sounds: chirps, blips, whistles, swoops, taps, glassy sustained tones and now and then, for comic relief, a burp. Halfway through, some little synthesizer motifs arrive, enough of them to have constructed an electro track of their own. Instead they, too, get swallowed up. PARELES

Knotty, arty math rock confronts the relentlessness of algorithms in “Spiders,” a paranoid — or is it accurate? — reaction to all the personal information anyone can find online: “Pages of past lives/codes for you to crack.” The beat is clattery, jittery and subject to explosive changes; the melody that Meaghan Burke sings with such nervous intensity is full of leaps and angles, but there’s no escape. “How many people know my face?/I want my history erased,” she concludes. PARELES

“In Common” is the just-released debut album from a quintet featuring five standout young musicians on New York’s jazz scene: the tenor saxophonist Walter Smith III, the guitarist Matthew Stevens, the vibraphonist Joel Ross, the bassist Harish Raghavan and the drummer Marcus Gilmore. All have fearsome chops, and the rapport between them here is gummy and warm. At times that serenity becomes self-defeating; some tracks will make you wonder if the recording studio’s water supply wasn’t dosed with CBD. But on “ACE,” the steady, cyclical harmonies deliver just the right level of understated grace. Stevens and Ross strike asymmetrical chords on every offbeat, setting Smith up for a coolly drifting solo. RUSSONELLO

A prepared piano — with objects on the strings that damp some notes and make others clank or peal — is at the center of the compositions on “Ultraviolet,” a new album by Kelly Moran, who has lately been a keyboardist with Oneohtrix Point Never. She begins the album with “Autowave,” sounding like an Indonesian gamelan in her set of pitches, circling through a handful of pinging tones. Then she lets their momentum carry her where they might: through Minimalism and electronic drones, through pointillistic arrays that can be percussive or misty, culminating in a melodic line that ends as a looming question. PARELES

Jon Pareles has been The Times’s chief pop music critic since 1988. A musician, he has played in rock bands, jazz groups and classical ensembles. He majored in music at Yale University. @JonPareles

Jon Caramanica is a pop music critic for The Times and the host of the Popcast. He also writes the men’s Critical Shopper column for Styles. He previously worked for Vibe magazine, and has written for the Village Voice, Spin, XXL and more. @joncaramanica