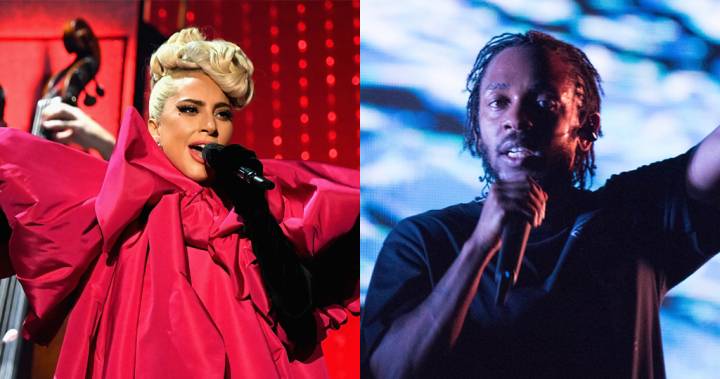 With the decision to go forward without a host — for the first time in 30 years — many people are already scratching their heads in confusion and wondering if the The Oscars will be worth watching.

Now, according to Variety, the prestigious awards ceremony will limit the number of live performances from the Best Original Song category. Regular viewers are outraged by this decision.

Among the five nominees, only two will perform at the Feb. 24 event, the report says. The decision was reportedly made to cut the ceremony’s run-time to only three hours, opposed to its usual four.

Due to their position on the Billboard charts, the A Star is Born and Black Panther originals: Shallow and All the Stars are rumoured to be The Academy’s selected nominee performances.

That means it’s likely that Lady Gaga and Kendrick Lamar will perform, potentially with their respective collaborators, Bradley Cooper and SZA.

Lady Gaga performs during her ‘Jazz & Piano Engagement’ on the ‘Enigma’ Vegas Residency tour, at Park MGM in Las Vegas, Nev. on Jan. 20, 2019.

Although this isn’t the first time The Academy has cut down on musical performances, two would be the lowest recorded number to date — barring the 2010 and 2012 Academy Awards when the musical numbers were cut altogether.

Only six times in the last 10 years have all Best Original Song nominees been able to perform. In both 2013 and 2016, only three numbers were selected.

If the decision is true, the audience will be snubbed this year out of performances from not only Willie Watson and Tim Blake Nelson (The Ballad of Buster Scruggs), but also Emily Blunt (Mary Poppin Returns) and two-time Academy Award winner, Jennifer Hudson (RGB).

Because of this, people are now beginning to question the authenticity of the awards in online interactions. They’re debating whether The Academy chooses Best Song winners based on popularity or actual merit given the dramatic context of the decided film.

Emily Blunt on stage during The Academy screening Of ‘Mary Poppins Returns’ at the MoMA Titus One on Dec. 4, 2018, in New York City.

“This is bonkers,” wrote a user on Twitter. “Tell Jennifer freaking Hudson — who already has an Oscar — that she doesn’t need to perform because you only have time for two songs.”

“Only two original song nominees will perform at the 2019 Oscars?” asked one user. “If this is true, then it’s time to stop watching the Oscars!”

Kendrick Lamar performs on the Rock Stage during day 1 of Grandoozy on Sept. 14, 2018, in Denver, Colo.

It was further reported that certain awards deemed “less important” may be presented live during commercial breaks, including Sound Editing and Sound Mixing.

To many loyal followers of The Academy, it’s becoming clear that the musical element of the Oscars is unfortunately dwindling.

All the Stars, Black Panther
I’ll Fight, RBG
The Place Where Lost Things Go, Mary Poppins Returns
Shallow, A Star Is Born
When a Cowboy Trades His Spurs for Wings, The Ballad of Buster Scruggs