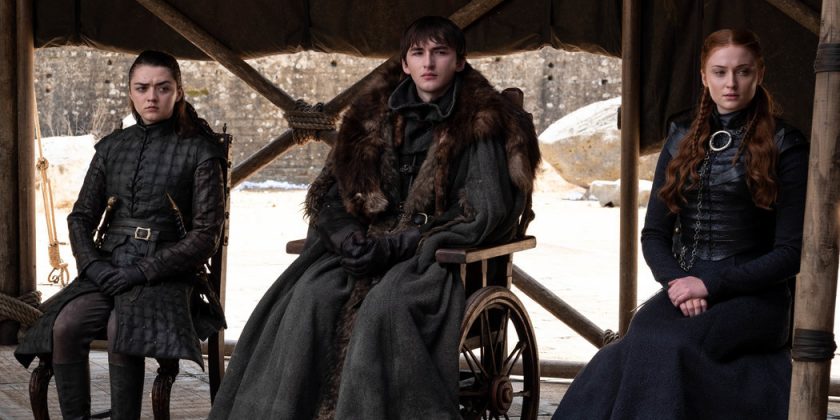 This article contains spoilers for Season 8, Episode 6 of “Game of Thrones.”

After everyone else at the Great Council voted for Bran to be the king of Westeros in Sunday’s “Game of Thrones” finale, his sister Sansa announced, “The North will remain an independent kingdom, as it was for thousands of years.”

It was a bold, unexpected move — to everyone except maybe Bran.

It might also have prompted a little buyer’s remorse for a few other members of the council. Yara Greyjoy once bargained for Iron Islands independence with Dany — a concern that seemed suddenly to have taken flight like a dragon in mourning. The new prince of Dorne also leads a region that once enjoyed independence; judging by their raised eyebrows, they might both have just realized that they missed an opportunity.

If so, they didn’t say much, and so Bran was declared king and lord of the newly reconfigured “Six” Kingdoms. But the leaders of those kingdoms could just as well have made the same claim Sansa did.

[Read the recap of the “Game of Thrones” series finale.]

And within those kingdoms, there were more kingdoms. (The Reach, for instance, once comprised four kingdoms.) Some refer to this period as the days of the Hundred Kingdoms.

Then, after Aegon’s Conquest, Westeros was divided up into nine provinces that were each part of a greater realm: The North, the Vale of Arryn, the Iron Islands, the Riverlands, the Westerlands, the Stormlands, the Reach, the Crownlands and Dorne. Despite this, it became the style to refer to it as the Seven Kingdoms. The term endures, even if it is imprecise.

[Read about the history of the Iron Throne.]

The North, though, is generally considered one of the first and oldest of these domains. Its people are the descendants of the First Men (as Jon and Ygritte reminded each other when discussing who settled above and below the Wall). They spoke the old tongue, worshiped the old gods, keep the old ways (such as respecting guest right) and faced the White Walkers some 8,000 years ago. That’s why Northmen saw service in the Night’s Watch as honorable, whereas the rest of the realm perceived it to be like a penal colony.

And Northern children were told stories about the Long Night, White Walkers and the Children of the Forest. The North remembers, and the North bands together for its survival, not for nationalism.

Dorne should also remember. Dorne was one of the “kingdoms” that resisted Targaryen unification, which is why Tywin was so eager to recruit Oberyn Martell as a judge for Tyrion’s trial and a member of King Tommen’s Small Council. “We are not the Seven Kingdoms until Dorne returns to the fold,” he said.

So is that what happened here? Or did the new, unnamed prince of Dorne retain his title and his ancient principality its independence? It would seem rather strange for a region that fought so long for its freedom to give up now.