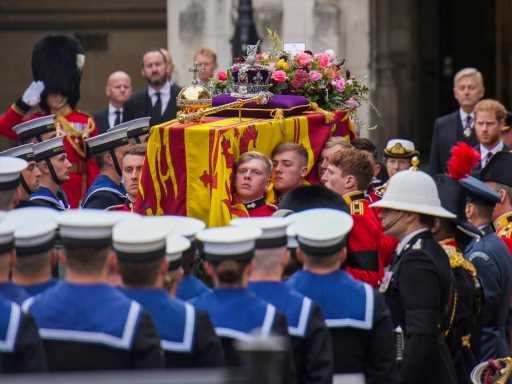 On Sept 8, Queen Elizabeth II passed away at the age of 96, after being the longest reigning monarch. For 70 years, people knew their Queen was there, and that her growing royal family was close by. It was a harmonious picture of the British Royal family. But everything changed when she passed away.

Her son became King Charles III, with his wife Camila becoming the Queen Consort, and his children’s titles changed soon after. Every detail has seemed to change since the Queen passed, and everyone can feel it. After weeks of preparing, the late Queen Elizabeth II’s funeral has come and will soon go. And then a new norm will take place.

Everyone from royal supporters to rather estranged members of the monarchy has come to pay their respects to Queen Elizabeth II. From this moment of unity comes many touching moments, most of which have been caught on camera.

See the most touching photos of the royal family at Queen Elizabeth II’s royal funeral below.