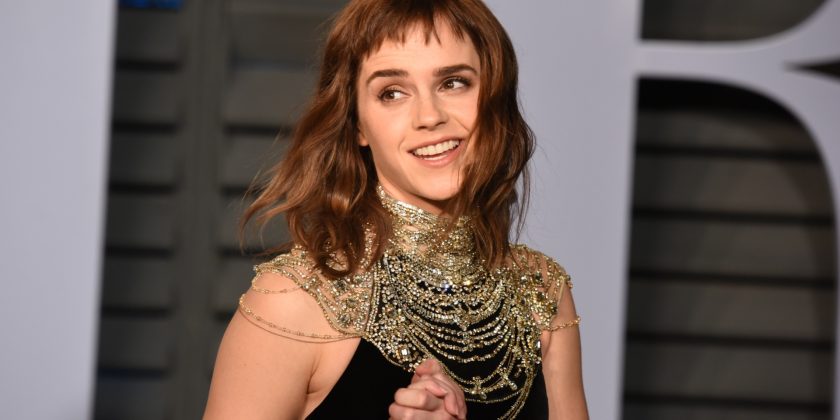 As if we weren’t already excited about the upcoming Little Women reboot, Emma Watson just gave everyone even more reason to count down the days until the adaptation’s release. To fans’ delight, she took to Instagram on Thursday to share the first official cast photo.

Of course, Watson was referring to the stars of the film by their characters’ names. In real life, the talented group represented in the picture includes, from left to right, Watson, Gerwig, Saoirse Ronan, Florence Pugh, Eliza Scanlen and Timothée Chalamet. Judging by the cozy, period-style photo (and the way the stars of the film captioned the photo), the new Little Women cast is already a tight-knit group.

Pugh borrowed the same shot for her Instagram feed, captioning it “Tiny Ladies and Timmy #littlewomen.”

In November, buzz over the adaptation reached fever pitch when a photographer managed to capture a set photo of Scanlen, Ronan, Watson and Pugh all bundled up in vintage fashion for a scene on a snow-covered street.

Not appearing in Watson’s photo or the paparazzi photo are two major additions to the cast: Laura Dern, who’ll play “Marmee” March, and Meryl Streep, who’ll play Aunt March. A fan appeared to have caught photos of Streep in action on Oct. 31, but the photos haven’t been officially confirmed.

Gerwig’s adaptation of Louisa May Alcott’s iconic novel marks the eighth of its kind. Per The Los Angeles Times, though, Gerwig’s version will focus more on the young adult years of the March sisters.

“It’s really taking a look at what it is for a young woman to enter the adult world,” said Robin Swicord, who wrote and produced the 1994 film version starring Susan Sarandon, Winona Ryder, Kirsten Dunst, Claire Danes and Christian Bale. According to Swicord, Gerwig’s screenplay will reportedly jump back and forth between the sisters’ childhood and their young adult years.

Granted, the film isn’t slated for release until Christmas Day 2019. However, if teasers like this keeping finding their way to fans, it’s unlikely the fervor will wane anytime soon.