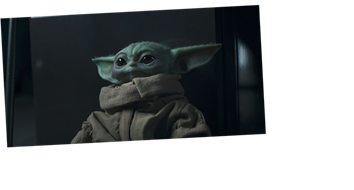 (Warning! “The Mandalorian” spoilers below. This is not the way.)

Luuuuke, you are not his father!

At first, we thought the biggest moment of the episode would be the return of one of the biggest “Star Wars” stars. But oh, we were so wrong …

The surprise return happens when everything seems lost. (Because when’s a better time, right?) Though Mando and friends have captured Gideon and seemingly saved Grogu, a squadron of Dark Troopers is about to break through the door. A single X-wing comes to the rescue, with Mark Hamill returning as a de-aged Luke Skywalker to cut down the troopers and save the day.

Oh, and R2-D2 came along for good measure.

Apparently, Luke felt the baby through the Force and showed up in the nick of time. But it was a bittersweet return.

“I will give my life to protect the Child, but he will not be safe until he masters his abilities,” says Luke.

Mando seemingly gives up his daddy duties to Luke (at least for the moment), telling Baby Yoda he’ll see him again and leading to the episode’s most emotional moment.

Before Baby Yoda goes with Luke, Mando removes his helmet, and Grogu, his baby boy, feels his face for the first time.

It was touching ending in every sense, and fans were feeling it.

It was a sweet goodbye between Mando and Grogu. It was also good that Mando didn’t have long hair, because babies like to pull.

So where does “The Mandalorian” go in Season 3?

Well, Mando now owns Moff Gideon’s Darksaber, which we learn could give him the right to the Mandalorian throne. But, if anything, the series proves that the real throne is the Baby Yodas we made along the way.