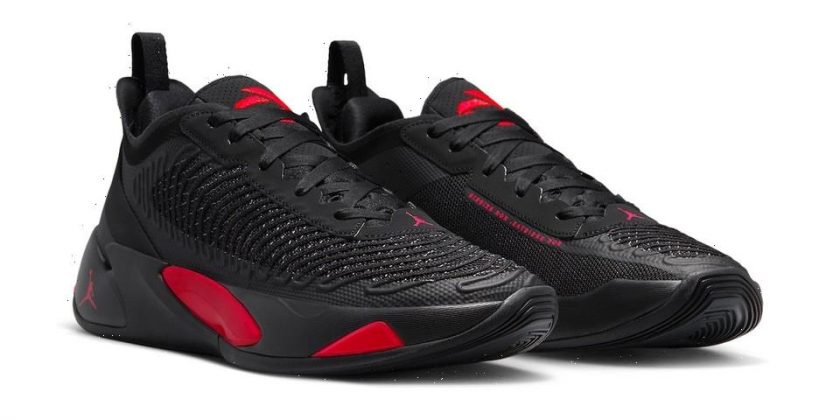 Dallas Mavericks superstar Luka Dončić is dropping a new colorway for his signature shoe with Jordan Brand just in time for the upcoming NBA season. Arriving in the classic black and red “Bred” color scheme, the Jordan Luka 1 is making its way to stores by the end of the month.

The offering sees the basketball shoe kick off the new season with a black, university red and dark grey hue. The Jordan Luka 1 features a low-cut design that features the new IsoPlate system as well as the full-length Formula23 foam in the midsole for additional responsiveness for athletes. The shoe is a lightweight alternative that also includes breathable Flightwire frame cables seen on the lateral side of the all-black upper. Tints of red are seen on the Jumpman logo on the heel, parts of the midsole, and branding on the upper and the tongue.

Take an official look at the Jordan Luka 1 “Bred” above. The shoe arrives in select retailers and on Nike starting on October 25 for $110 USD.