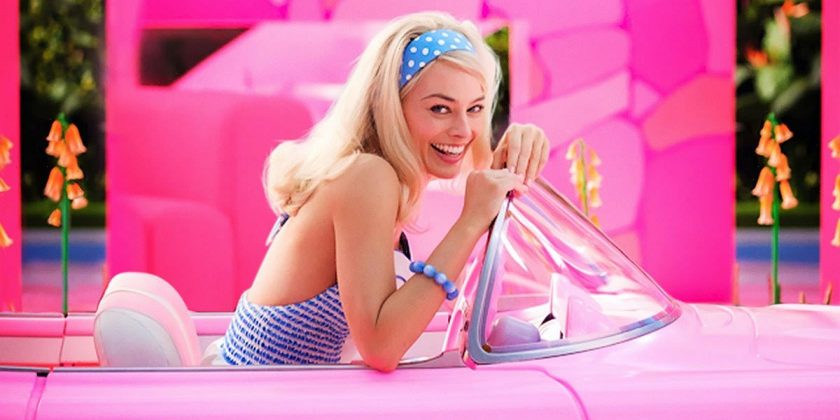 The internet was already very excited about Greta Gerwig’s Barbie movie but fans are in a tailspin over the brand new teaser trailer.

It seems like an age ago that we got the news that a live-action Barbie movie was set to hit the big screen. It was 2019, actually, and since then, we’ve been left to ponder what the new movie could be about.   The Barbie cartoon movies are the stuff of childhoods but with a cast of big actor names and the formidable duo of Greta Gerwig (Little Women) and Noah Baumbach (Marriage Story) writing the script, we know that we have surprises aplenty in store.

And the brand new teaser trailer has only piqued our interest. 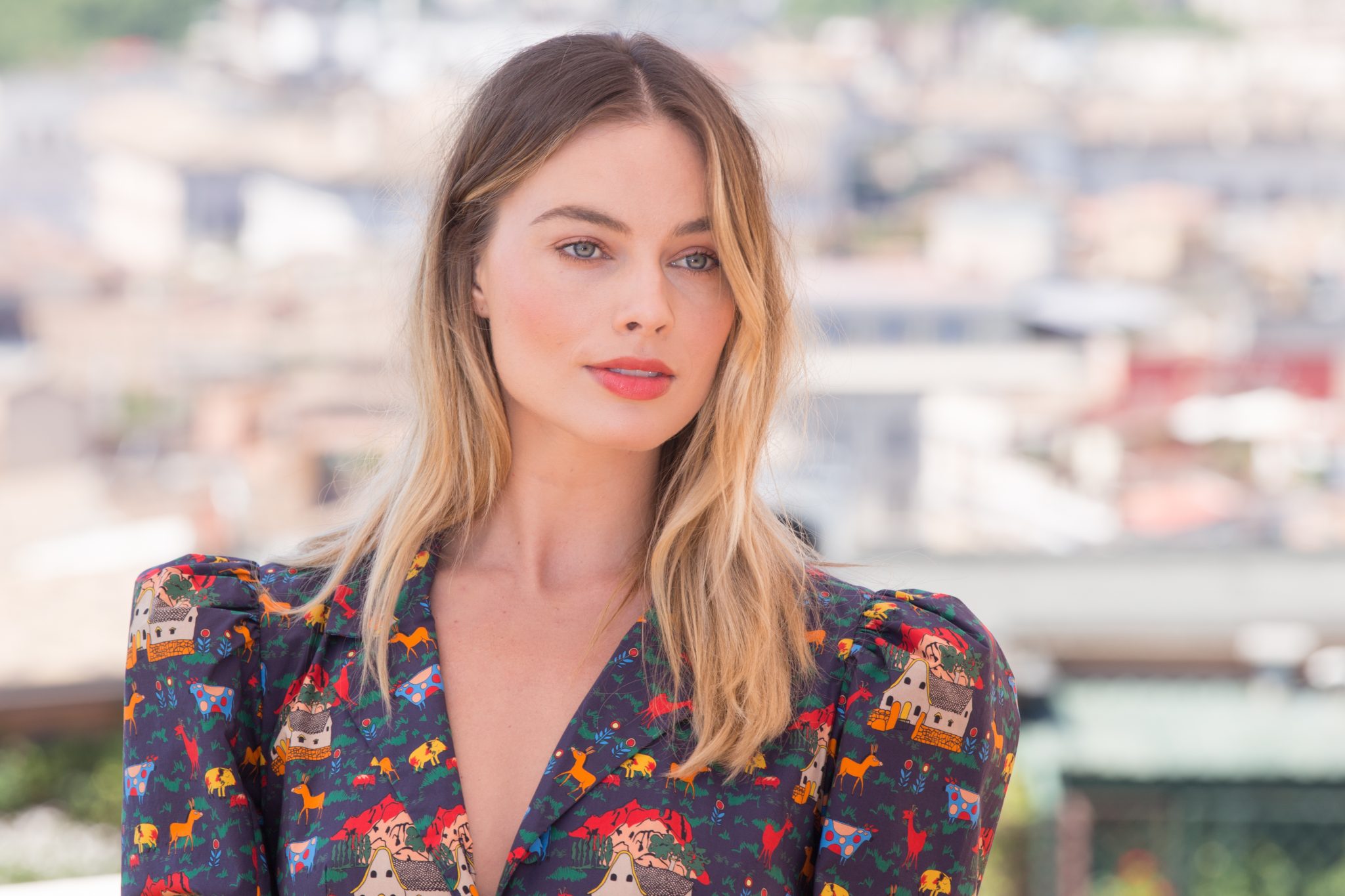 Margot Robbie is starring in and producing the new Barbie movie.

It starts in an unknown landscape, with a scene of young girls playing with regular baby dolls. But before long, they are overshadowed by a pair of endless plastic legs, complete with perfectly pointed toes. As the camera pans up, we get our first full glimpse of a (lifesize) Margot Robbie as a very 1960’s inspired Barbie, with coiffed hair, retro sunglasses and a black and white striped swimsuit. Understandably, the children promptly throw their old toys away in favour of her pristine form.

And then of course, the money shot. Robbie’s Barbie looking across her bright pink world of wonder as we get a short insight into what the bulk of the film may look like. Ryan Gosling’s Ken makes a very brief appearance too (in some kind of fashionable ninja outfit?)

We’re a little bit confused, we have to admit, but mark our words: this film is going to be seriously good.

Margot Robbie is not only acting in the film, she’s also producing the project via her LuckyChap banner alongside LuckyChap’s Tom Ackerley. This is just another notch to add to Robbie’s already impressive producer belt, which includes Netflix’s Maid and Promising Young Woman.

Robbie has also already opened up about the importance of honouring the Barbie fanbase while making the movie, as well as wanting it to provoke “a thoughtful conversation”. It’s safe to say that we’re both very fascinated and excited to see what this new film has in store for us. Which, according to the recent film-related rumour mill, could include a Barbie multiverse and some new additions in the form of Nicola Coughlan and Dua Lipa.

With that, here’s everything we know about the upcoming Barbie movie.

What will the Barbie movie be about?

Just when we thought we were already intrigued by this live-action film, the project gets even more mysterious by revealing no plotlines.

In the first released image from the film, we were treated to a glimpse of Robbie as the iconic doll. It’s everything we thought it would be and more: complete with a darling outfit, perfectly coiffed blonde hair and a hot pink car.

The internet was previously divided over the most recent image to be released from the awaited film. Ryan Gosling as Ken is something people have been positively excited about and the image reveals Gosling as a tanned, muscled figure with bleach blonde hair and Ken-labelled underwear to match. To be frank, we didn’t know what to expect but, of course, the internet didn’t hold back with their thoughts.

Many made the link between Gosling’s new appearance and a popular UK reality show:

While others joked about “yassifying The Place Beyond The Pines” and underlining that this wasn’t what they were expecting of Gosling as Ken. However, many came to Gosling’s defence and proclaimed the actor to be as “hot” as ever.

If there’s one thing this Barbie movie has nailed so far it’s drumming up reactions and fanfare – something we’re totally here for.

As of yet, though, there has been no word of what the new film could be about or details of the script. It’s all locked up in a Barbie dream house, it seems.

What we do know, though, is that if Gerwig’s directorial reputation is anything to go by, we know that the film won’t be all rainbows and pink outfits. It’ll likely interrogate the doll story in a whole new light. We do know, though, that the film boasts a mighty impressive script, according to one of the film’s stars Simi Liu. He told GQ UK that a junior agent at his agency convinced him to give Barbie a go after telling the actor that the film’s script was one of the best he’s ever read.

“He literally said this verbatim,” Liu recently told GQ UK. “He was like, ‘If I could stake my career on any one script, it’s the Barbie script. I really think you should do it.’”

Liu also described Barbie as “wild” and “incredibly unique”, adding, “I wish I could just show you what we do day-to-day because it’s crazy.” The film isn’t a musical but Liu revealed that he’s been in plenty of dance rehearsals for the movie.

It’s safe to say our intrigue for the movie has been peaked. We’ll just have to update you when we know more.

Simi Liu chose to be in Barbie after his agent proclaimed it to have one of the best scripts he’s ever read.

Who will star in the Barbie movie?

As previously mentioned, Robbie will be leading the cast as Barbie and Ryan Gosling is set to star in the new film alongside her as Ken.

Will Ferrell will also be making his return to feature acting in the new Barbie film after having recently starred in Apple TV’s A Shrink Next Door with Paul Rudd. According to The Hollywood Reporter, Ferrell is said to be playing the CEO of a toy company that may or not be Mattel.

Ryan Gosling will be starring in the new Barbie movie as Ken.

According to Deadline, the already star-studded cast is being rounded out in the best way possible with even more familiar faces set to join the project. Sex Education stars Ncuti Gatwa and Connor Swindells (who play on-screen lovers Eric and Adam in the Netflix series) will be starring in the upcoming movie alongside recently confirmed Kingsley Ben-Adir (High Fidelity), Rhea Perlman (Matilda), Oscar winner Emerald Fennell (The Crown) and Sharon Rooney (My Mad Fat Diary).

All roles are yet to be confirmed but we said it was a star-studded affair, didn’t we? And now, the Barbie rumour mill continues to turn as the gossip to be found at Cannes Film Festival is that the upcoming project is actually a Barbie multiverse.

That’s right – we’re talking multiple Barbie and Ken iterations. Which makes sense as it would explain why there have already been so many recent casting announcements.

And as if that wasn’t enough to send our excitement into overdrive, it looks like Nicola Coughlan (of Derry Girls and Bridgerton fame) is rumoured to be joining the cast also.

Coughlan was recently rumoured to be joining Ncuti Gatwa in the new Doctor Who but she quickly shut that talk down, stating instead: “We are doing something together, but it’s not Doctor Who.”

According to Variety, Coughlan then teased that Gatwa had already been announced for the mystery project but she had not. This comes after a picture that Gatwa posted of himself and Coughlan on his Instagram with a caption reading, “A pair of dolls.” A cryptic message, perhaps?

The Sex Education star is joining the cast of Greta Gerwig’s Barbie.

But the internet is really excited to see what role Sex Education’s Emma Mackey will be in, as she’s been confirmed to star in the Barbie movie also.

Since the actor’s fame has skyrocketed with the help of the acclaimed Netflix show, many have drawn on the uncanny resemblance between herself and Robbie. It seems as though it’s the moment many have been waiting for as, upon the news of Mackey’s casting, Twitter users have only grown more excited for the Barbie movie:

The two actors are the doppelgänger duo many have been waiting to see on their screens:

Will they play siblings? We can only hope:

It seems as though the casting announcement really is a full circle moment too:

What has been said about the Barbie movie?

Speaking about the production of the new movie, Robbie has been quick to state that the overarching aim of it is to subvert expectation.

Speaking to The Hollywood Reporter, she said: “All we can say is whatever you’re thinking, it’s not that.

“People immediately have an idea of, ‘Oh, Margot is playing Barbie, I know what that is,’” she added. “But our goal is to be like, ‘Whatever you’re thinking, we’re going to give you something totally different — the thing you didn’t know you wanted.’”

Margot Robbie explains the importance of the new Barbie film, and we’re into it

When and where will the Barbie movie be available to watch?

As part of CinemaCon held in Las Vegas this week, Warner Bros. Pictures shared a release date for the film, confirming in a tweet that it’s coming to cinemas for 21 July 2023.

Watch this space for updates.