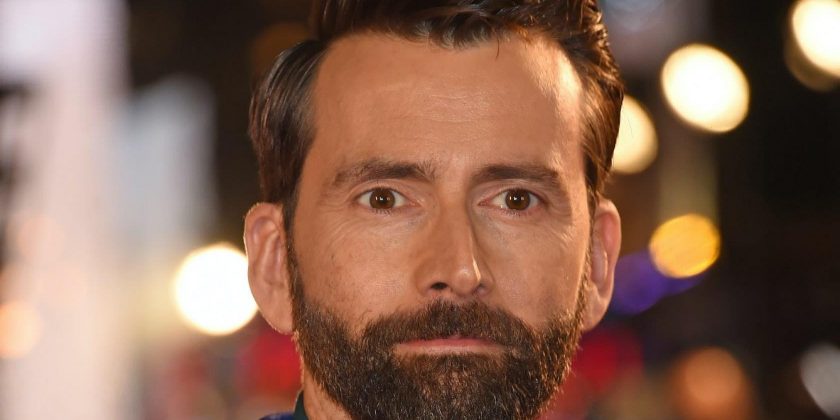 In November 2006 two police officers were called to University College Hospital in London to interview a patient in declining health. The patient was Alexander Litvinenko, a Russian dissident who claimed to have been poisoned on the direct orders of Vladimir Putin.

It was a story that grabbed the world’s attention.

During the police interviews, Litvinenko provided meticulous details from his hospital bedside about the events leading up to his illness. His information would ultimately help detectives track down two Russians who had poisoned Litvinenko with Polonium 210, a highly toxic radioactive substance. Litvinenko died shortly after, which launched a high-scale Scotland Yard murder investigation.

Now, a new ITV drama from the creators of Lupin will explore the gripping events of the Litvinenko case, with David Tennant taking on the role of the former KGB agent in Litvinenko.

As per Deadline, Litvinenko is the story of the determined Scotland Yard Officers who worked for ten years to prove who was responsible, in one of the most complex and dangerous investigations in the history of the Metropolitan Police.

Written by George Kay, the pen behind Netflix’s smash hit Lupin, police interrogation drama Criminal andKilling Eve, Litvinenko was produced with the support of many of the key individuals involved in the investigation to produce an accurate dramatic interpretation of events, including former Scotland Yard officers, Clive Timmons and Brent Hyatt.

The drama will also focus on the story of Marina Litvinenko, Alexander’s widow (played by Margarita Levieva) who fought tirelessly to persuade the British Government to publicly name her husband’s killers and acknowledge the role of the Russian State in his murder.

After falling ill and being taken to hospital in London, the Health Protection Agency found significant amounts of the rare and highly toxic element polonium-210 in Litvinenko’s body.

Litvinenko told Metropolitan Police detectives that he had met with two former Russian agents, Dmitry Kovtun and ex-presidential bodyguard Andrey Lugovoy, on the day he felt ill, though both denied any wrongdoing to the police.

Marina Litvinenko, his wife, accused Moscow of orchestrating the murder.

The world-famous image of Litvinenko in his hospital bed, days before his death.

Before his death, Litvinenko made a statement referencing Russian president Vladimir Putin, saying: “You may succeed in silencing one man but the howl of protest from around the world, Mr. Putin, will reverberate in your ears for the rest of your life”. Following his death, a posthumous statement was also released, in which he once again named Putin as the man behind his poisoning.

In 2007, following months of investigation, British police discovered “a ‘hot’ teapot at London’s Millennium Hotel with an off-the-charts reading for polonium-210, the radioactive material used in the killing.”

Officials believed that the lethal dose of polonium-210 was administered on 1 November 2006, the same day that Litvinenko met with Lugovoy, however the Russian State declined to extradite Lugovy to face criminal charges in the UK.

In a court hearing in London in 2015, a Scotland Yard lawyer concluded that “the evidence suggests that the only credible explanation is in one way or another the Russian state is involved in Litvinenko’s murder”.

Marina Litvinenko holding the results of the Litvinenko Inquiry into her husband’s murder.

In September 2021, the European Court of Human Rights found that Russia was responsible for Litvinenko’s killing and it ruled that it was “beyond reasonable doubt that the assassination had been carried out by” Andrey Lugovoy and Dmitry Kovtun; that there was “prima facie evidence of state involvement” and that there was a “strong” case that the two assassins were acting as agents of the Russian State.

What are people saying about Litvinenko?

About the series, screenwriter George Kay told the Mirror: “In late 2006, Alexander Litvinenko was a living witness to his own murder.”

“He spent his dying days entrusting the Metropolitan Police with the details of what happened to him. “It took those police and his remarkable widow Marina Litvinenko a decade to have those claims ratified.”

“Their stamina, hard work and bravery are what make this not only an essential story of our times but a privilege to be asked to write.”

When will Litvinenko be available to watch?

Litvinenko is coming soon to ITV and ITV Hub.