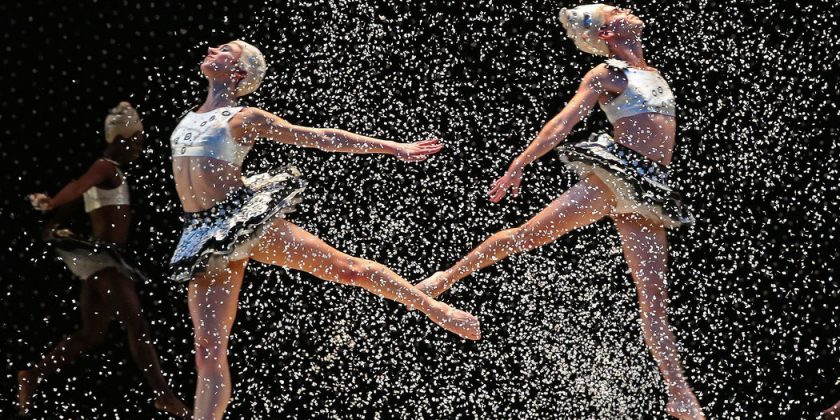 A sampling of seasonal celebrations throughout New York City, including concerts, plays and events.

[Read about the City Ballet music director’s favorite page from the ballet’s score.] 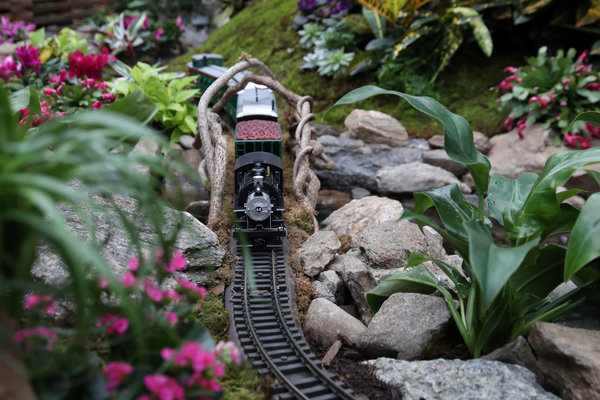 The New York Botanical Garden’s annual tradition — every bit as spectacular and quintessentially New York as the Rockettes — is back through Jan. 21, with little copies of 175 local landmarks made from bark, leaves and more earthy materials. It’s a wondrous family outing; Bar Car Nights, select evenings that offer drinks and live music, cater to the 21-plus crowd. (718-817-8700, nybg.org)

At the Merchant’s House Museum — the 19th-century home near Washington Square Park in Manhattan — John Kevin Jones plays Charles Dickens as he tells the Victorian writer’s classic story by the light of flickering candles in the period parlor (through Dec. 29). Select performances begin with a reception offering mulled wine, cider, holiday fare and music. Through Dec. 8, Classical Theater of Harlem and City College Center for the Arts are presenting “A Christmas Carol in Harlem,” an adaptation by Shawn René Graham in which Scrooge is a latter-day miser who made his millions in real estate. On Staten Island “Jacob Marley’s Christmas Carol” is celebrating its 10th anniversary at the Staten Island Shakespearean Theater Company from Dec. 6 through 16. (212-777-1089, merchantshouse.org; 212-650-6900, cthnyc.org; 718-390-6616, sishakespeare.org)

The high kicks of the Rockettes are back in the annual Radio City “Christmas Spectacular,” which is running with exhausting frequency through Jan. 1. Expect tradition — and onstage camels — but also recent additions like flying drones. Farther uptown, the Harlem School of the Arts is presenting “A Harlemettes Holiday,” a pageant about a Times Square tour group that wanders onto the A train and into an enchanted world of jazz, blues and hip-hop (Dec. 7-9 and 14-16). (866-858-0007, rockettes.com; 800-838-3006, harlemettesholiday.brownpapertickets.com)

Some of the most electrifying holiday-season concerts are on New York’s smaller stages. Take 54 Below, where Michael Feinstein returns for his annual engagement (Dec. 23-30). In “Swingin’ With the Season,” he will sing Christmas classics and standards from the American Songbook. At Joe’s Pub, cabaret offerings include Justin Vivian Bond’s wintry show “Justin Vivian Bond Is Refrigerated,” which the venue is describing as a way to “celebrate the darkest time of the year with some of the brightest talents in town” (Dec. 13-22). (646-476-3551, 54below.com; 212-967-7555, publictheater.org)

In addition to its “Messiah” concerts, the Choir of Trinity Wall Street and the Trinity Baroque Orchestra, led by Julian Wachner, will perform David Lang’s poignant, Pulitzer Prize-winning “The Little Match Girl Passion” at the Metropolitan Museum of Art’s Grace Rainey Rogers Auditorium on Dec. 15. The thoughtful Julia Bullock, in residence this season at the Met, will present another contemporary holiday oratorio, John Adams’s “El Niño,” at the Cloisters on Dec. 21 and 22. Joining her in a chamber arrangement of the piece — this will be sung in the intimate Fuentidueña Chapel, after all — will be members of the American Modern Opera Company. (212-570–3949, metmuseum.org)

On Dec. 16, there are back-to-back music events in and around Washington Square Park. At 4 p.m., the West Village Chorale hosts its annual Caroling Walk, which begins and ends at Judson Memorial Church (where the festivities continue with refreshments and piano-side singing). Then, at 6 p.m., the flagship edition of Phil Kline’s “Unsilent Night” returns for its boombox chorus processional that begins at Washington Square and ends at Tompkins Square Park. If you can’t make either event, there are more than a dozen others to choose from during Make Music Winter on Dec. 21. (westvillagechorale.org; unsilentnight.com; makemusicny.org)

Beyond a bevy of “Messiah” performances, Carnegie is hosting a series of holiday concerts by stalwarts like the Vienna Boys Choir, who will sing folk songs and classics in the program “Christmas in Vienna” on Dec. 16. And the New York Pops returns on Dec. 21 with instrumental earworms, such as the “Dance of the Sugar Plum Fairy” from “The Nutracker,” and songs featuring the actress Ashley Brown, the original star of Broadway version of “Mary Poppins.” (212-247-7800, carnegiehall.org)