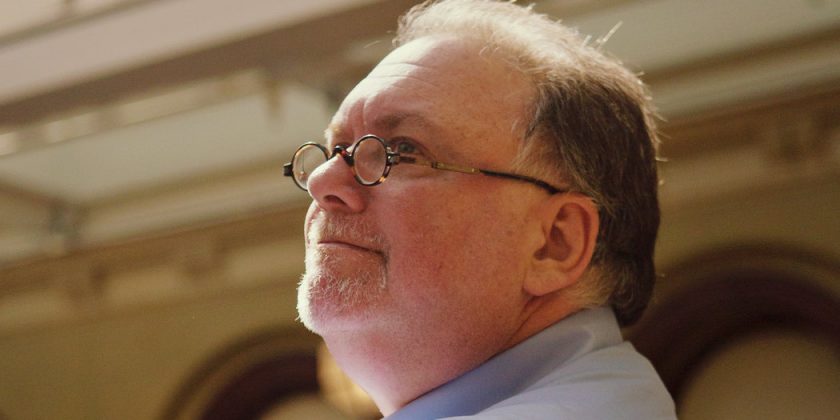 What do you do when reality starts looking uncomfortably like your dystopian fiction?

When Bruce Miller began work on a TV adaptation of Margaret Atwood’s 1985 book “The Handmaid’s Tale,” the primaries for the 2016 presidential election still hadn’t happened. The Supreme Court was less conservative. Thousands of children hadn’t yet been separated from their families at the southern border.

The events in Atwood’s novel, set in a religious dictatorship called Gilead in which the few fertile women are separated from their own children and forced to reproduce for powerful couples, seemed … if not quite impossible, then at least not imminent.

Since then, legislators in several states have voted to ban or limit women’s access to abortions, and it seems increasingly possible that Roe v. Wade will be challenged. Families have been broken up. Isolationism has flourished. Many of the things that happen in the third season of “The Handmaid’s Tale,” which began Wednesday on Hulu, “are close to what’s happening” in America, Miller said.

“It’s horrible,” he added. “Our job is to think of what would happen in one of the worst places on Earth. Then it’s our place.”

After sticking to the plot of Atwood’s novel for its first season, Miller and his writers went beyond their source material for the second, imagining the transformation of June (Elisabeth Moss) from a regular young woman into more of a freedom fighter. Given the opportunity to escape Gilead in the Season 2 finale, she chose to stay. Critics wondered if the misery was sustainable.

In an interview in New York last week, Miller discussed violence fatigue, his efforts to keep the series entertaining in a heavy political climate, and how he runs a show so intimately interested in the experience and pain of being a woman. These are edited excerpts from that conversation.

It seems to me there is a less violence in this new season than there was in Season 2.

It depends how you define violence. Gilead is a brutal place. Brutal places express themselves through brutality. Just because I’m tired of it doesn’t mean it’s going to stop. I really try to show only the things that if you didn’t see, you wouldn’t understand the story or the characters. You have to go through it with June in order to understand her. To take that away is to take away what June is fighting against.

Also, there’s the cautionary part of the tale. We don’t ever make up cruelties, because that just seems like pornography. We unfortunately have plenty of material that exists in the world.

The first season debuted in the first half of 2017. How has the political climate in America over the last two years affected the show?

I started writing Season 1 before the primaries began. I had no idea who was going to run. It’s nice to feel like you’re doing a political show at a political time — it’s not all the time that people are thinking about how government works, or doesn’t work. I think all that stuff has much more of a bearing on conversations and in the world now.

It’s not just in America. I notice that when I go to other countries, they feel like the show completely reflects their political system, especially when I was in Rio de Janeiro. They were crazy for the show because they’re having a #MeToo movement in their culture, which has different and more serious problems than ours.

I think there’s a little bit of this story that you can see in your political world. That’s been the case for 35 years, since the book came out. It’s the universality of Margaret that I’m hitching my wagon to. 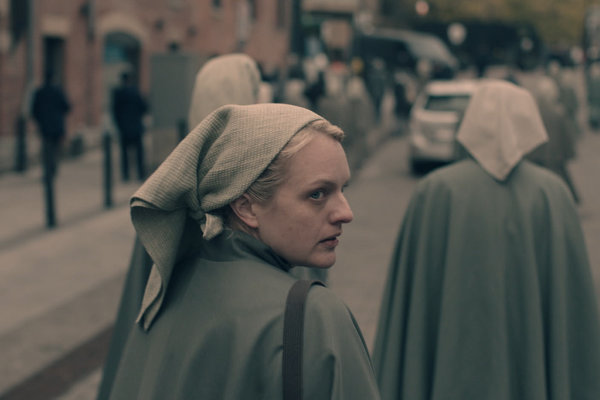 There is a sense that watching a show about a repressive dystopia isn’t the best escapism when your political reality feels repressive. Has that changed the way you think about the show as entertainment?

I want the show to be entertaining. The most important thing is that when you turn it on, you want to keep watching until the end. You don’t want it to be people taking their medicine. You want it to be an interesting story.

I want to play with viewers’ expectations and my kids’ expectations because they have consumed so much more narrative than I did. They see 70 stories a day. My daughter who’s 14 walks in and goes, “That’s the bad guy,” just from the angle of the shot. All I’m trying to do is fool Tess.

Can you tell me about the writers room and how you make a show that is so centered on women’s experiences?

We’ve had pretty much the same people in the writers room since the beginning. The room is majority women.

It’s a show driven by a woman’s point of view: It’s June moving through the world. I don’t know what that’s like, as much as I imagine. That’s the entirety of my job, I’m always writing somebody else, so there are things I don’t know.

I think one of the problems with the journey for more diversity and diverse voices in the writers room is you don’t want a singular voice, because a singular voice ends up being just as stereotyping. You want people to fight it out. So you need people who are both willing to be honest and also don’t feel bad when you start asking them questions about superpersonal things, about sexual assault, about child-rearing, about their feelings about being pregnant, miscarriages … all of those things you have to discuss in the writers room.

We tried to bring in at least one new writer every year because you’ve got to have someone who watched the previous season and can say, “Well that didn’t make any sense.”

So much of the plot is driven by these deeply horrific experiences: rape, torture, imprisonment. How do you approach writing about trauma on the show?

We do research through experts. We do a ton of research. I always like to start with the real thing, because you can extrapolate off that.

I’m certainly not an expert in feminism, or totalitarianism, or the Bible, and the people in the show are, so I have to bring in people. And I think the biggest assumption that I can make that’s going to screw me is to assume I know what it’s like.

For example, we were very interested in this season about what happens when Emily [a handmaid played by Alexis Bledel] gets across the border. She’s now a refugee. What the hell does that look like? And so we got the statement that you have to make, and that’s what the guy says to her: “If you return to your home country, would you be persecuted based on being a woman? Would you be subject to the danger of torture or risk to your life? As a person in need of protection, do you wish to seek asylum in the country of Canada?”

June’s relationship with Serena, the wife of the Commander she is assigned to, was so nuanced in the last season and continues to evolve. At what point did you decide to develop their relationship?

It happens naturally. I think it was Margaret Atwood who made the decision for them to have such a close and complicated relationship because that’s how it was in the book. I also think we follow Elisabeth and [Yvonne Strahovski, who plays Serena] more than they follow us. That’s the great thing about TV, you can watch an episode and then adjust the next one based on what the actors do. They’re just as much storytellers, narrators as we are.

What is the show’s relationship to the book at this point?

I feel like the show is very closely connected with the book. The goal for the show was just to make the book into a TV show; I had no interest in changing anything.

I really do think that I’m never getting very far away from the book. I know people feel like the story is going beyond it, but it’s June and Gilead. I am in contact with Margaret a lot. She reads all the scripts. She sees episodes, and so she feels the same way, I think — that it’s a good extrapolation of her world.

But now Margaret’s writing a sequel.

Yeah, that’s going to be interesting, isn’t it?

Yes. That’s a nice word. The degree of difficulty was 10 and now it becomes 10 plus.

June does seem to have had an awakening over the course of the show, and certainly the June in the book was much less rebellious in a lot of ways.

She was also a woman from a different time. We were mindful that this June should be more like Elisabeth is in the world, rather than like someone who was that age 35 years ago.

Elisabeth has shown me what a real hero looks like, that it’s about being knocked down. It’s about having tiny little victories that you use to build tiny little other victories. What do you learn from your failures? I don’t feel like we see it very much, the heroism of just doggedness.

There’s a moment in the third episode of the new season where June’s voice-over talks to her mom and says: “You wanted a women’s culture, well now there is one. It isn’t what you meant, but it exists.” The idea of the resistance in Gilead’s being a version of the female-led society some feminists have wanted for decades is really interesting.

That’s from the book. And there are some things from the book that have fascinated the writers room ever since we sat down. We have quotes from the book up all over the place. It’s much more about things that have stuck with us and puzzled us. We spent three years kind of teasing that quote apart.