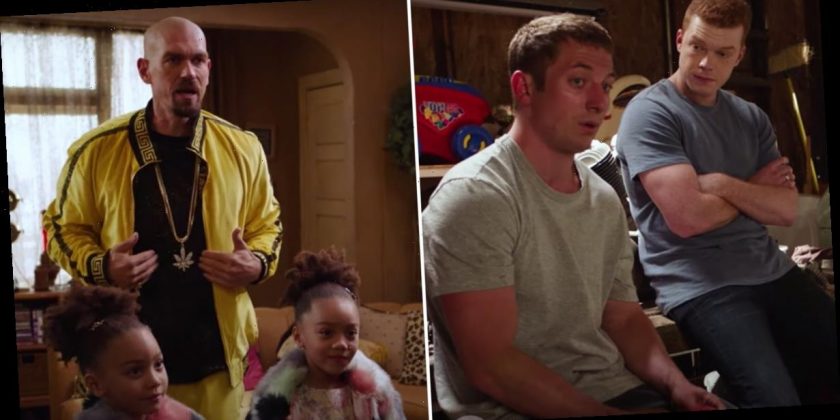 The Gallaghers are back, baby! The trailer for the 11th and final season of Shameless is here, and we’ve never been so excited to watch debauchery and dysfunction all in one. When season 10 ended earlier this year, Ian and Mickey were just married, Lip was a new dad and told Tami he’d like to stay in Chicago, and Debbie was settling nicely into her role as family matriarch. As much as it sounds like domestic bliss, in true Gallagher fashion, the trailer proves that it’s exactly the opposite.

As the south side of Chicago continues to attract more wealthy residents after, according to Frank, they “let it get too safe,” we can always count on our favorites to shake things up. Ian and Mickey are back to causing a ruckus (with the best intentions, of course), Kev and V are exploring the marijuana business, and it looks like things are getting steamy between Debbie and Mickey’s cousin, Sandy Milkovich. Watch the trailer for season 11 of Shameless above and get excited for the premiere on Dec. 6. Until then, check out photos of the cast hanging out that will make you love them even more.