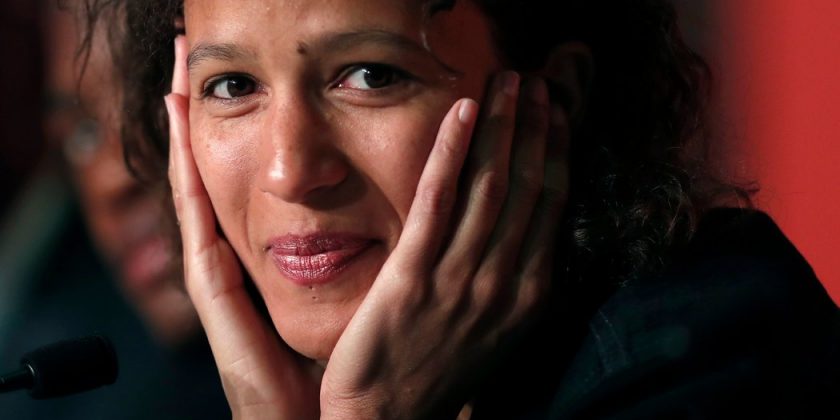 CANNES, France — The dead keep returning at this year’s Cannes Film Festival, eerie emissaries of deeply troubled times. Nowhere is that return more haunting than in “Atlantics,” a poetic ghost story about trauma, loss and the persistence of love. The biracial French director Mati Diop, 36, made the movie in Dakar, Senegal, where her uncle, Djibril Diop Mambéty, set his landmark postcolonial film, “Touki Bouki” (1973), about two young lovers who dream of leaving for Paris.

Diop, who identifies as French-Senegalese, has the distinction of being the first black woman director in the festival’s main competition, and speaks sensitively about the complexities of identity. In an interview on Friday, she traced the genesis of “Atlantics” to a decade earlier, during a mass exodus out of Senegal, primarily to Spain. “At the time,” she said, “I had spent 10 years without going to Senegal.” It was a painful period, she said, and the exodus and her own burgeoning desires to become a filmmaker helped create what she described as a collision. “My cinematic research was very connected to the re-exploration of my African identity.”

In “Atlantics,” the yearning to leave Senegal remains fraught, a desperate reaction to the burdens of the new global economy and neocolonialism. The story opens on a construction site where Souleiman (Ibrahima Traoré) works helping to build an incongruously situated, strangely futuristic tower. A sign with Arabic suggests that the building is being bankrolled by foreign investment. But the workers haven’t been paid in months. And soon after Souleiman meets his girlfriend, Ada (Mama Sané), he and a group of young men set off for Europe on a small open boat, joining the recent mass exodus from sub-Saharan Africa.

After Souleiman leaves, “Atlantics” takes a radical turn. Rather than follow the men, Diop stays with Ada and other women who remain, upending the usual course of the outward-bound heroic narrative. In an interview on Friday, Diop explained that she wasn’t interested in charting the men’s journey, partly because she didn’t want to produce a spectacle or what she called “the attraction of destruction.” She instead wanted to create a character who’s defined by waiting yet not passive, all while avoiding “the cliché of the strong African woman who is strong because she’s African.” For that, Diop looked to Penelope, Odysseus’s wife, the archetypal waiting woman. 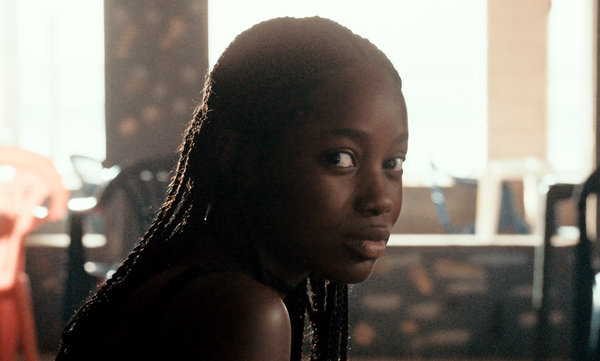 “My project was to write the Odyssey of Penelope,” she said.

In “Atlantics,” Diop shows that the act of remaining is as profound, as narratively rich and urgent, as leaving. This is a reversal of the familiar male-driven movies in which a woman waves goodbye to a man — who departs on his far-flung adventure, taking the story and the viewers with him — and later welcomes him back home before the end credits. Diop sees flipping the narrative in terms of heritage and the necessity of making “the collective and mythical stories yours” and “in your own time.” She also looked to what she called “the Muslim imaginary” for inspiration, folding the supernatural figure of the djinn into an otherwise realistic milieu.

In a quiet hall of her hotel, Diop seemed tired but energized. “Atlantics,” which grew out of a 2009 short about a young Senegalese man, had been well-received. She spoke in English, often in long, winding sentences, only occasionally turning to a translator for help. She offered a brief biography, explaining that she had been born in Paris, where she still lives, to a French mother and Senegalese father. After her parents split up, Diop’s mother, who is white, regularly took her to Senegal so that her daughter would have contact with her African family. “I know where I come from, unlike a lot of mixed people.”

After high school, Diop tried different jobs, like waitressing and creating sound landscapes for theater. She also began making short movies, and entered art school only to drop out when she was cast in Claire Denis’s 2008 family drama, “35 Shots of Rum.” Diop played the daughter of a widowed train driver (Alex Descas, a Denis regular). Diop said that she already had an affinity for Denis, but working with the director was life-changing. “I could identify with her, see what it was to be a filmmaker as a woman,” Diop said. “I could totally see myself doing that.”

Being cast in “35 Shots of Rum” proved transformational in other ways for Diop, who was in her mid-20s when it was made. “Playing the daughter of a black man in Claire Denis’s film reminded me that I was also black,” she said. At the time, “my environment was French, obviously, but also very white. Most of my friends were white, I was listening to very white music, mostly rock, and without realizing it, I was kind of losing touch with my Africanity.” This was unconscious, she said, but easy to do in France, which has what she described as having a “strange relationship” to universality.

“You’re not really invited to explore your differences,” Diop continued, as if “we’re all the same, we’re a big family — yeah, sure.” So, she said, “you think it’s O.K. — well, I’m French, I’m not more black than white, I’m French.” She also straightened her hair, calling this “the cliché of the black mixed girl,” adding, “we all do that until we realize it’s” messed up, using blunter words. Diop laughed gently as she talked about her younger self, whom she views with tenderness.

“It’s hard because the system that makes you think you should have white hair is super-heavy,” she said. “It’s a huge, huge, huge thing.” It is hard to figure out, “but when you do” — and here Diop paused and emitted a classic French pfft, a kind of genteel Bronx cheer — “bye-bye.”