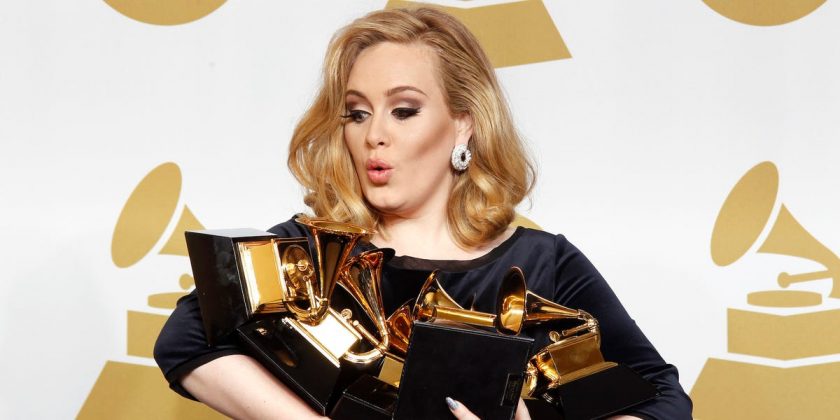 Record of the Year

This award goes to people “involved in crafting the specific recording of a song.” In other words, it honors all those involved in the technical side of the recording process. This includes the artists, producers, and engineers.

“Use Somebody” by Kings Of Leon won Record of the Year in 2009. Each member of the band was recognized as an artist, Jacquire King as a producer and the engineer/mixer, and Angelo Petraglia for his role as a producer.

Song of the Year

This award “recognizes the songwriters who wrote and composed the song.” In other words, this award goes to those who contributed to the composition of the song. In 2017, Adele won Song of the Year for “Hello.” She co-wrote the song with producer Greg Kurstin so they shared the Grammy win.

Album of the Year

This category honors everyone who was involved in making the album…with a couple exceptions. The award goes to the artists, producers, recording engineers, mixers, and mastering engineers. But executive and associate producers are not included. They work on the financial and marketing side, rather than the musical construction of an album. To be eligible for nomination, 51% of the album’s content must be new vocal/instrumental recordings. So “Best Of” albums are not eligible for Album of the Year nominations.

Who do you think will win this year?

EDITOR’S NOTE: This video was originally published in February 2019.