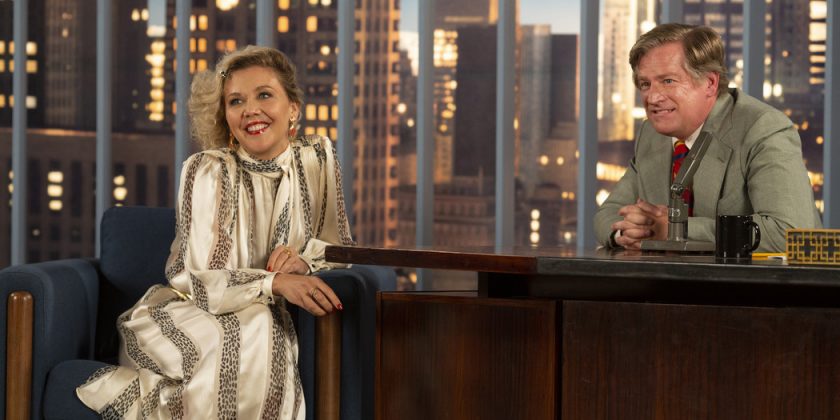 Season 2, Episode 9: ‘Inside the Pretend’

That’s Candy talking Harvey down during a low moment in “Inside the Pretend,” the lively Season 2 finale of “The Deuce.” But it also feels as if David Simon, the show’s co-creator and the screenwriter of the episode, were talking about his own career. None of the shows Simon has created have been a ratings bonanza; even “The Wire,” his most famous and highly regarded series, struggled to find viewers and didn’t win any major awards, although it’s now considered one of the greatest shows in television history. Long-running series like “Treme” and “The Deuce,” and mini-series like “Generation Kill” and “Show Me a Hero” have followed roughly the same pattern: high acclaim, modest viewership, likely canonization down the line.

But he keeps working. And if his shows are about anything, they’re about the pleasure and dignity in work — and in doing it well.

Candy has learned to take that feeling of creative satisfaction with her and to try to leave the noise behind. She has had excruciating personal moments in the second season, from coerced fellatio from a Hollywood financier to her banishment from home in this final episode. Yet she is the rare character on “The Deuce” to transcend her surroundings. She could be fretting about the mob’s taking a 115% cut of her movie. She could feel shamed by a talk-show host who belittles her on national television. She could agonize over how her past as a streetwalker and her present as a director of adult films will be a lifelong barrier to recognition and relationships. But she doesn’t. She’s drunk on filmmaking, and she has spent most of this season buzzing confidently above the fray. No one does a blissed-out look like Maggie Gyllenhaal, and we’ve been seeing a lot of it lately.

Vinnie is on the opposite trajectory. He’s making all kinds of money, but the best he can be is a golden goose in a more tastefully appointed pen. When he looks out over his empire at the end of the episode, he’s the charismatic center of the show’s illicit universe, but he knows he doesn’t own it. It owns him. And in the meantime, he’s going to have to live with the violence that swirls around him like a vortex, threatening to suck him in.

He also has to live with himself, which is getting harder and harder to do. Vinnie has grown as a person throughout this period, as his scene with his ex-wife and kids demonstrates. He wants to live a normal life, with “rug rats” scurrying in the backyard, and he seems to have the capacity now to appreciate domesticity more than he did in his marriage. Abby was once another fling to him, a beddable college dropout, but now she is ambitious and independent-minded, and it has made him a more caring and conscientious person on balance. But he can’t transcend the Faustian bargain he has struck for himself.

The best Vinnie can do now is try to hold himself, and his people, to a higher standard. When Bobby comes to him freaked out about Tommy’s having ordered one of their guys, Black Frankie, to kill another one of their guys, Vinnie is less alarmed over that than over Bobby’s moral failings. For one, Bobby and Frankie bludgeoned C.C. in the middle of the parlor, and he hasn’t seemed to give it much thought. Then, while burying another young woman’s body, Vinnie discovers that the underage girl they buried in the same graveyard — the one who died in the parlor fire — still has no headstone.

This was the girl who got a parlor job because Bobby wink-winked about her age, lost her life because of gross negligence and whose remains went unclaimed by a father who was ashamed of her. For Bobby not to give her a tombstone is unconscionable. (“We’re better than this Bobby,” says Vinnie. “We can be better.”) They have reason to worry about dying, too, but only Vinnie seems worried about being condemned.

“Inside the Pretend” also deals with the fallout of two major deaths, C.C.’s and Dorothy’s, which reverberate in contrasting ways through the community. No one cares much about C.C. other than Lori, who is reduced to coke-fueled catatonia over the possibility that he could pop up anywhere and terrorize her. When she finally discovers the truth, Emily Meade’s performance is a tour de force: crushed by the loss of a man who controlled every aspect of her life, elated to no longer live in fear. The title of the episode comes from Darlene’s final words to Larry as she steps out of his life forever. She can leave because she finally recognized that he was a pretend-pimp, acting the part as persuasively as he played the wolf in “Red Hot.” But C.C. was never a pretend pimp. He was the real thing, vicious and manipulative to the core, and the moment Lori’s grief curls into a smile, he is vanquished.

To keep Dorothy’s death off screen is an ingenious touch because she is discovered like any other body on the streets, another sex worker who has been rounded up and released dozens of times by the police. In that respect, it’s as if she had never left C.C. behind at all, having met the fate that once seemed likely to catch up with her as a sex worker. More important, though, is that seeing Dorothy’s murder would also have meant seeing her killer, which isn’t as powerful as the idea that all of the pimps are culpable in her death. It’s not this specific act that Simon is emphasizing, but the collective will of these men to erase the life of a woman who was getting in the way of their bottom line.

And that’s how we leave things in the world of “The Deuce,” where power is exercised bluntly down the chain, and those at the bottom can be disposed quite literally. Next season, the city itself will have the ultimate say in what the neighborhood’s future holds. But for now, a corrupt, underground hierarchy is firmly in place, dictated by those who pack the cash envelopes and those who receive them. Change is coming — and with it, surely another set of challenges and tragedies. But in 1977, the streets don’t really give a damn about this year’s girl.

• Rodney’s drug-addled pharmacy heist worked out about as well as expected. Officer Haddix seemed like a garden variety corrupt cop, but taking a shoot-first-ask-questions-later approach to a robbery, with a gun in one hand and a beer in another, makes him a special case. (For “Karate Kid” fans, it hasn’t been easy to see Ralph Macchio this diminished in stature.)

• Paul’s subplot hasn’t developed into much of anything substantial this season, other than a glimpse at a liberating — yet still quite perilous — time to be a gay man in the Village before AIDS. In the end, he’s an echo of Vinnie, an earner who can’t wriggle out of his eternal commitment to the mob.

• A nice run for Dominique Fishback as Darlene, even though she also didn’t have much to do this season. In the first season, Darlene took a bus ticket meant to carry her out of town and wound up bringing another woman back with her to turn out. The transformation from that Darlene to the one who leaves this season isn’t well-documented enough.