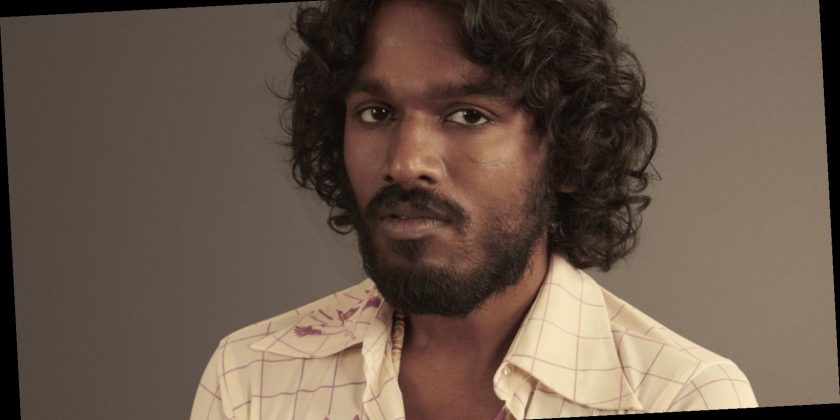 Warning: this article contains spoilers for episode four of BBC One’s The Serpent, so do not read on unless you are fully up to date with the true crime series.

For the past few episodes of BBC One and Netflix’s The Serpent, we’ve been wholly caught up in the true story of Marie-Andrée Leclerc (Jenna Coleman). She is, after all, the girlfriend and accomplice of Charles Sobhraj (Tahar Rahim) – aka the same serial killer and conman who brutally murdered and robbed at least 12 Western tourists along the so-called ‘hippie trail’ in the 1970s.

But, while the TV show’s fourth episode focuses largely on the seeming collapse of their relationship, we’re far more interested in Charles’ growing disconnection from someone else.

Best TV shows of 2021: the 35 must-watch series coming to our screens

In this episode, we leap back in time to find out what really happened on Charles, Marie-Andrée and Ajay’s Christmas holiday to Hong Kong (the same trip we heard about, but never saw, during last week’s installment of the crime series).

As it turns out, Charles was lying from the very get-go; the trio weren’t going to Hong Kong at all. Instead, he flew them out to Kathmandu in Nepal, where he decided to partake in a little (OK, fine: a massive) gambling session with their hotel manager.

Now, we – much like Marie-Andrée and Ajay – used to seeing Charles as a winner in this show; he’s usually always the calmest, coolest, and most dangerously collected person in every single scenario. So, yeah, it comes as a massively unpleasant shock to our trio when he loses, especially as it means the aforementioned hotel manager is now very much on their case about settling their bill.

“You disgusting dog!” screams Marie-Andrée, after he informs her it’s “vulgar to put so much value on money.”

No prizes for guessing how well that little defection goes down with Charles.

If you thought this was going to rattle the bones of Marie-Andrée and Charles’ toxic relationship, though, you’d have been wrong. Because, as we saw in the remainder of the episode, Marie-Andrée goes out of her way to prove to her lover that she’s still in his corner. She willingly downs some of the same “medicine” he’s been spiking his victims’ drinks with (“This is how I love you,” she tells him). She promises him over and over again that she’s on his side. And, worst of all, she leads Charles to Connie-Jo (Dasha Nekrasova) and Laurent (Benjamin Braz), a well-meaning American hippie couple she befriends on a night out.

It’s difficult to muster any sympathy for her after this point, especially as Charles deals with the duo so much more brutally and bloodily than we’ve ever seen before. Especially as, when their bodies are found the next day by a small Nepalese boy, they’re not just burnt, but still smoking.

Best TV dramas based on true stories: 23 brilliant series to watch, from Quiz to Small Axe

As mentioned earlier, though, this episode is less about Marie-Andrée and Charles, and more about the increasing despair of his right-hand man, Ajay.

Up until this point, we’ve seen him very much as a willing accomplice. Indeed, he’s not just lured in Western travellers and helped Charles steal thousands of dollars in travellers’ cheques; he’s actually been at the serial killer’s side for many, if not all, of his murders.

In the fourth episode, though, Ajay forges a connection with a young woman and… well, it changes his perspective on things.

Ajay spends some time with the young woman and apparently falls hard for her.

High on drugs, Ajay feels the need to tell his new friend about the heinous crimes he’s been responsible for of late. She, for her part, pays his words little attention; instead, she waxes lyrical about Shiva the Destroyer, who is seen as the source of both good and evil in Hindu culture, and whose relationship with his wife, Parvati, is the only thing that allows him to find some sense of balance between these dual tendencies.

It’s an interesting reference point, particularly as – when Charles walks in on the couple – Ajay realises that he is utterly under the man’s control, and bursts into tears.

“Don’t hurt her,” he is shown pleading in the next must-watch episode of The Serpent.

It is a snapshot of a moment which implies that the new bloom of this relationship has awoken something good inside Ajay. That he’s not as evil as we once feared.

To this viewer, though, it seemingly suggests the exact opposite. Because, disappointingly, it suggests that Ajay only values the life of another human when he’s personally invested in it.

Whether you believe in Ajay’s chance at redemption or not, though, it’s worth noting that this request is more than enough to convince Charles that his right-hand man’s loyalty is wavering.

What will he do to Ajay as a result? Read on, we guess, if you don’t mind spoilers…

The Serpent episode 3 recap: what has happened to Nadine?

What happened to The Serpent’s Ajay in real life?

According to a book published on Charles Sobhraj, the real Ajay Chowdhury was sent on an errand to collect gems from a mining town in Malaysia in 1976.

He delivered the gems to Sobhraj, as requested. And then… well, then nobody knows what happened.

Was he murdered by Sobhraj, as so many believe? Or did they (unlikely, based on what we know of the serial killer so far) part ways amicably?

It seems we will never truly know; no body was found, nor was Chowdhury ever arrested.

It is worth noting, though, that the Interpol file on him, which remains open to this day, suggests there was one unconfirmed sighting of Chowdhury in Frankfurt in late 1976.

“Ajay is interesting because there are no direct accounts of him – just some evidence from other people speaking about him,” says actor Edireweera of his character.

“For me, the greatest shock was hearing his parents talk about him.

“There was a tape I listened to from Richard Neville who interviewed Ajay’s family.

“They described him as such a ‘good boy’ and ‘clever’. In the interview, I listened to Ajay’s mother talk about ‘her boy’ and felt connected to the love that she still showed for him in spite of everything that has happened. I felt a real sense of sorrow for the family.”

The fifth episode of The Serpent will air on Sunday 24 January at 9pm.