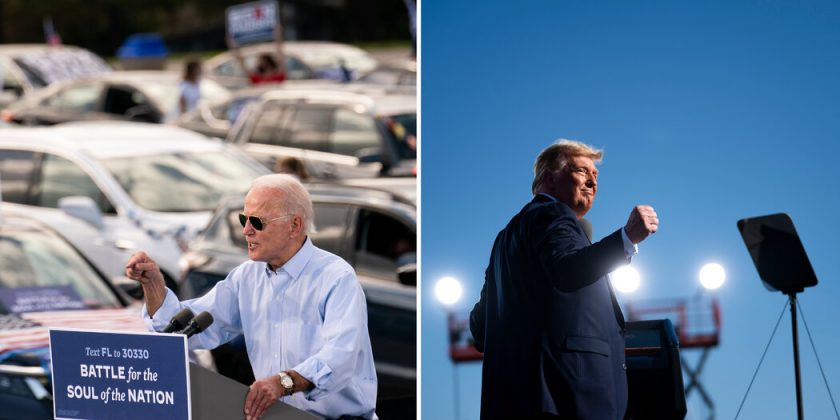 Join us on a sonic journey back through the presidential campaign in preparation for Election Day.

Host Michael Barbaro and Times deputy managing editor Carolyn Ryan will be talking to correspondents and voters on a history-making day.

The 2020 campaign — like much of the year — has been filled with convulsions and unexpected turns. And The Daily team, along with our guest reporters, have been there for it all. Over the last few months, we have drilled down on what the candidates truly stand for and traveled into towns and cities across the country to document the hopes and anxieties among voters.

As we head into the final days of the election campaign, we look back at some of our reporting to help you make sense of it all.

Has President Trump delivered on the promises he made on the 2016 campaign trail? What does Joe Biden stand for?

In a two-part series, we examined the policies of the president as well as the man seeking to replace him.

For “The Field,” a series that has sought to take the temperature of the country ahead of the election, our producers alongside Times reporters have traveled the nation.

Through their reporting we heard from Latino voters in Arizona, split in their party allegiances; spoke with white working-class Trump supporters in Pennsylvania who defected from the Democratic Party in 2016; and followed Julius Irving, an ex-felon in Florida, as he tried to persuade other former prisoners to use their newly regained right to vote. 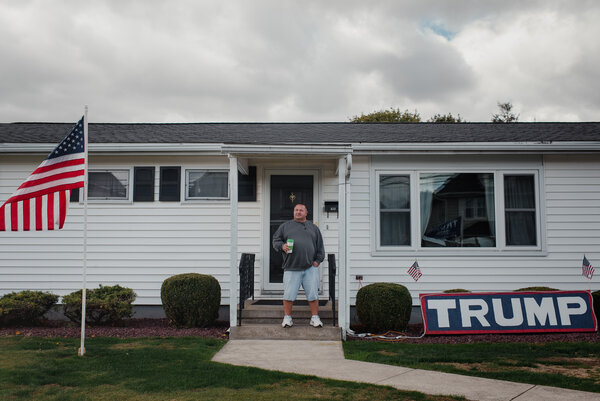 Throughout the campaign, The Daily team has remained poised for the surprise twists and revelations.

We stayed up late to make sense of the chaos of the first presidential debate, released a special afternoon edition on President Trump’s coronavirus diagnosis, and published two episodes in a single morning to pay tribute to Justice Ruth Bader Ginsburg and explore the political ramifications of her passing.

Here is some of our coverage on the events that changed the stakes of the contest.

Amid all the noise, we often journeyed into the past to help us understand the present. We explored how Joe Biden’s Democratic nomination was the culmination of a three-decade-long ambition and charted the events of the contested 2000 race between George W. Bush and Al Gore.

Two seismic changes to the American body politic happened this year: the coronavirus pandemic and the police killing of George Floyd — and the racial reckoning it precipitated.

INSIDE ‘THE DAILY’ For an exclusive look at how the biggest stories on our show come together, subscribe to our newsletter. Read the latest edition here.

There are a lot of ways to listen to ‘The Daily.’ Here’s how.