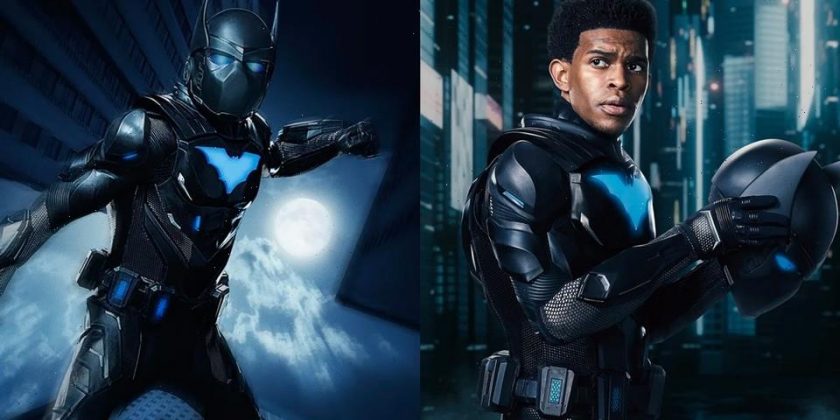 The DC Comics superhero Batwing first appeared in 2011 in Batman Incorporated #5’s “Batman of Africa” with this version (Luke Fox) being the successor of the original David Zavimbe Batwing. Set to join Batwoman (Javicia Leslie) for the rest of season two, Johnson commented on the role with, “Honestly, it’s hard to explain how much it means to me to wear the Batwing suit and officially play my first superhero. The main reason I wanted to be in Batwoman was for this opportunity – to give kids like me another black hero to look up to and relate to. It’s hard not to smile when I catch myself in the mirror with the bat symbol on my chest, and I’ll keep smiling through every fight scene, every awesome stunt, and every Gotham night where Batwing is finally in the field!”

Batwing is equipped with a highly advanced armored suit with gadgets and weapons, and he’s also proficient in hand-to-hand combat. Fans of the series can check out the first set of images of Batwing above.