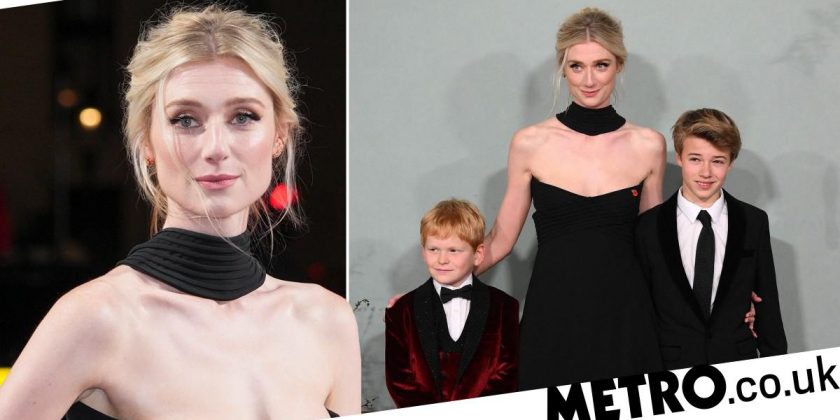 The Crown’s Princess Diana actress Elizabeth Debicki stunned on the red carpet in a black gown as she was joined by her co-stars for the premiere of the upcoming season five.

The new series is going to see a variety of new faces enter the fray, with Imelda Staunton taking over from Olivia Colman as Queen Elizabeth II following the release of season 4 in November 2020.

The Crown series 5 will cover the tumultuous 1990s, including the divorces of Prince Charles and Diana, Prince Andrew and Sarah Ferguson, and Princess Anne and Mark Phillips.

The upcoming series has so-far been embroiled in controversy, with Dame Judi Dench labelling it ‘crude sensationalism’, while former Prime Ministers Sir Tony Blair and Sir John Major have also slammed the show.

Posing in a stunning black Dior gown, Elizabeth was joined by her two on-screen sons, Teddy Hawley and Timothee Sambor who take on the roles of the young Princes Harry and William. 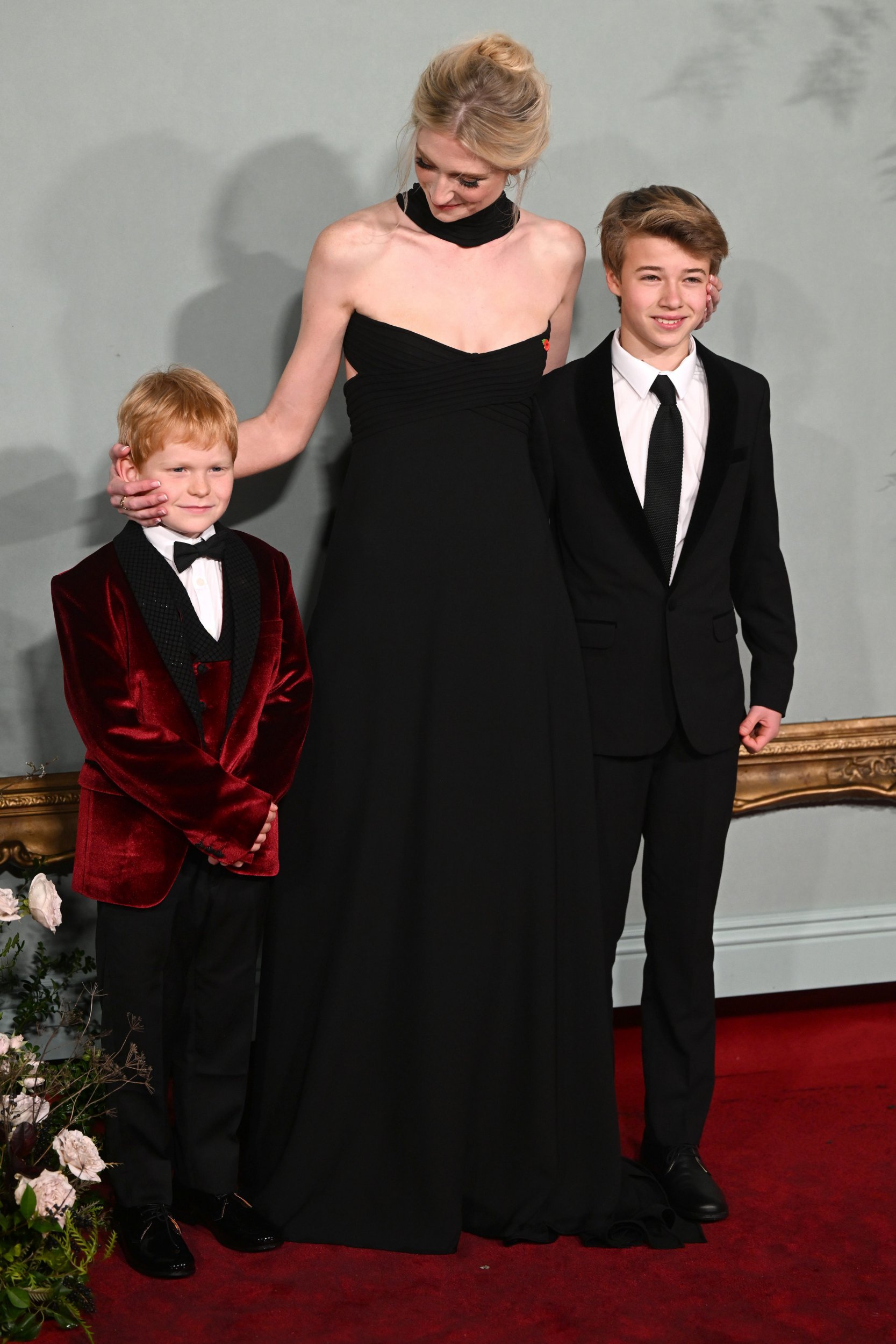 The trio were captured grinning at each other as Elizabeth comforted the two boys, putting her arms around them and laughing.

Elsewhere, she posed with Dominic, while Imelda joined the cast in a sharp, black suit.

Elizabeth takes over from Emma Corrin, who played the Lady Spencer in previous seasons, while Josh O’Connor then played Prince Charles.

Inspired by real events, the fictional dramatisation tells the story of Queen Elizabeth II and the political and personal events that shaped her reign.

During the upcoming season, in which the Royal Family are presented with their biggest challenge yet as the public openly question their role in 90s Britain, the Queen approaches the 40th anniversary of her accession.

In scenes that air from tomorrow, Imelda stars as the late monarch reflecting on a reign that has encompassed nine prime ministers, the advent of mass television, and the twilight of the British Empire.

The series, which will be the show’s penultimate, will see Dominic’s Prince Charles pressure his mother to allow him to divorce Diana, as he and Camilla grow closer.

Rumours circulate the royals as the husband and wife are seen to live increasingly separate lives, and ‘as media scrutiny intensifies, Diana decides to take control of her own narrative, breaking with family protocol to publish a book that undermines public support for Charles and exposes the cracks in the House of Windsor.’

The synopsis reads: ‘Driven by his desire for acceptance of the highest order, he harnesses his self-made wealth and power to try and earn him and his son Dodi (Khalid Abdalla) a seat at the royal table.’

Meanwhile, Jonathan Pryce plays The Duke of Edinburgh and Jonny Lee Miller takes on the role of then Prime Minister John Major.

Playing the role of the young princes will be Timothée Sambor and Senan West as Prince William and Teddy Hawley and Will Powell as Prince Harry.

They appeared on the red carpet with Olivia in a bright red suit, while Gillian Anderson, who played former Prime Minister Margaret Thatcher in previous seasons, stunned in a black outfit.

The two-minute teaser hints at the ‘beginning of the end’ as Princess Diana prepares to give the Panorama interview.

‘She’s at breaking point because of the way she feels she has been treated,’ Bashir is seen saying. ‘They see her as a threat.’