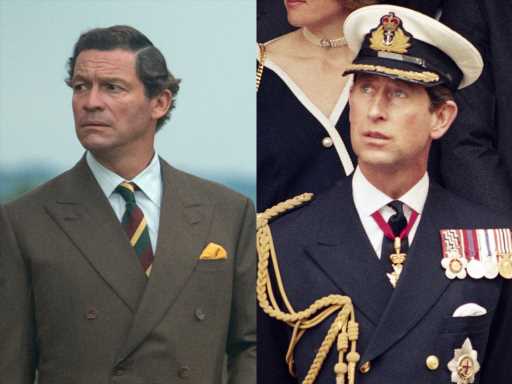 While so many fans are patiently awaiting the fifth season of Netflix’s Emmy-winning series The Crown — due sometime in 2022 — the creative team behind the series have been dropping some first-look images that are making us eager to return to Buckingham Palace. Unfortunately, one of the two recent first-look images might not have conjured the intended reaction. The first photo of Dominic West as Prince Charles has some fans on Twitter thinking the actor is “too handsome” to play the Prince of Wales, and even suggesting that the Netflix show is pandering to the royal family by casting such a stud in the role. 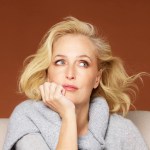 In the first-look photo, West (The Affair, The Wire) sports a worried expression and furrowed brow along with a muted suit. His hair is slightly grayed and parted on the side, which indicates the fifth season of the series will likely pickup sometime in the ’90s — toward the end of the decline of Prince Charles’ marriage to Princess Diana, who will be played by Elizabeth Debicki (The Night Manager, Widows). Once the image began circulating on social media, fans shared their thoughts, and they didn’t exactly hold back. 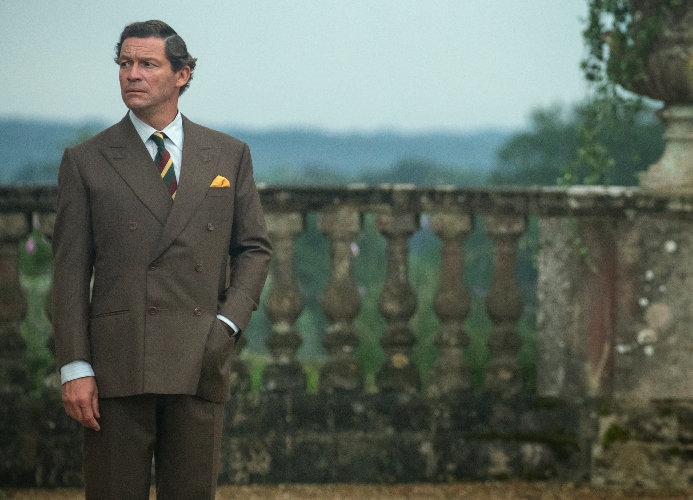 “Look, I’m obsessed with THE CROWN. But casting Dominic West as Prince Charles is the dictionary definition of a stretch,” journalist Robert Daniels noted on Twitter.

“Typically, a bad haircut on a man can do wonders for hiding his hotness. What this proves, however, is that Dominic West is a brutally hot man no matter how you slice it, congrats 2 Prince Charles!” Variety Chief TV Critic Caroline Framke added on Twitter.

One fan of The Crown, however, seemingly had an interesting theory about West’s casting. “If I had to take a guess, the handsome strong Dominic West portraying Prince Charles, must have been a boon to soften the blow of the savagery about to be revealed in season 5,” they tweeted — alluding, no doubt, to the full-blown affair with Camilla, Duchess of Cornwall we’re about to watch Charles play out as Diana struggles to hold on to her sanity. 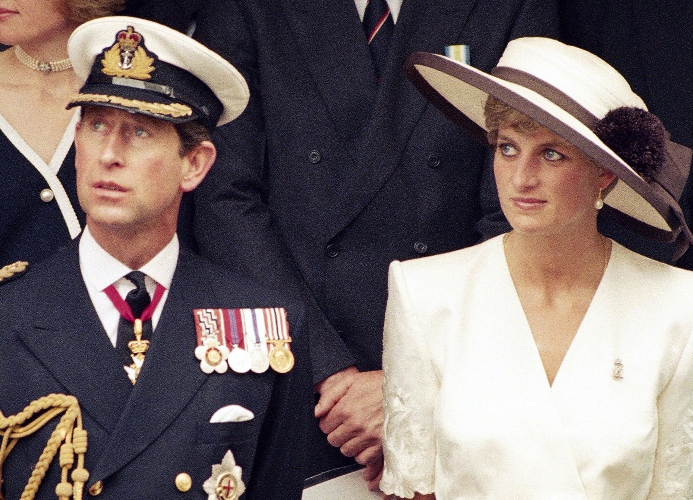 Given the unflinching hand The Crown has taken to the royal family and its treatment of key members (like Diana) in past seasons, it’s safe to say we shouldn’t expect future monarch Prince Charles to be painted in an overwhelmingly good light, no matter how handsome West may look playing him. The show will take on the breakdown of his marriage to Diana and the public scrutiny they faced through their separation, a period of time that made Charles more unpopular than ever.

With talents like West, Debicki, and Imelda Staunton as Queen Elizabeth II, we’re more eager than ever for the final two seasons of The Crown to come out.

Before you go, click here to see the best photos from Prince Charles and Princess Diana’s marriage.