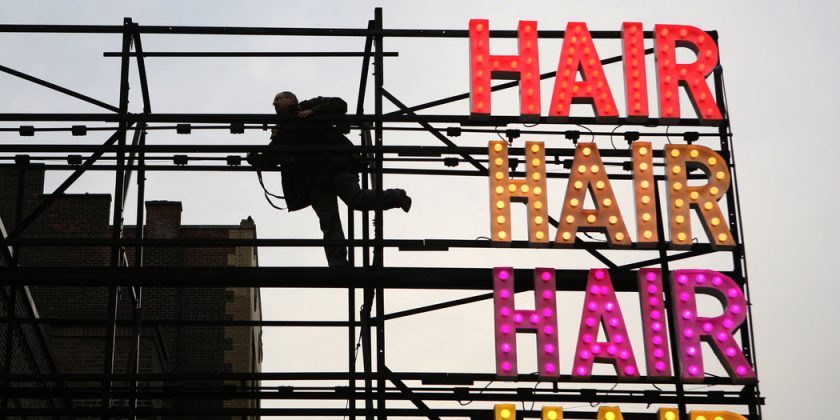 To hip-hop artists, he was the supplier of endless beats and grooves. To Stephen Sondheim acolytes, he was the composer of the show that beat “Follies” for the Best Musical Tony Award. And to generations of musical theater fans, Galt MacDermot was the guy who looked out of place in a picture on the back of the “Hair” cast recording.

MacDermot, who died on Monday at the age of 89, had far less hair than his “Hair” co-creators, James Rado and Gerome Ragni. His was cut in a high-and-tight style that fit perfectly with his necktie and white dress shirt — and that completely clashed with his Dionysian collaborators.

Still, with its seemingly endless bounty of timeless songs, “Hair” remains the defining work in MacDermot’s career. Generations of musical theater composers have integrated rock music into their own scores with a freedom and stylistic flexibility that he helped make possible. Here several of those songwriters, along with a few other theater and hip-hop notables, share their memories and appreciations of MacDermot. These are edited excerpts from their comments.

There wasn’t a corny bone in his body. He was my kind of composer because he cherished the hook while also understanding how to serve the melody. Even when I was 8 years old, I looked at that picture of him next to Rado and Ragni on the album cover, and I said, “You know what? That’s the cool guy.” To me, that’s what a real musician looked like.

When sampling got big in hip-hop production, every producer was trying to position themselves as the most original when it came to beats. Galt had the naked drums, the isolated horns and bass lines: Everyone wanted those, especially after Pete Rock sampled him for Run-DMC’s “Down With the King.” I once got a ton of sealed Galt records at the store I had in the late ’90s, Footwork, and [I] was selling them for, like, $75 apiece. Other record shops down the street would snatch them up and resell them for way more. 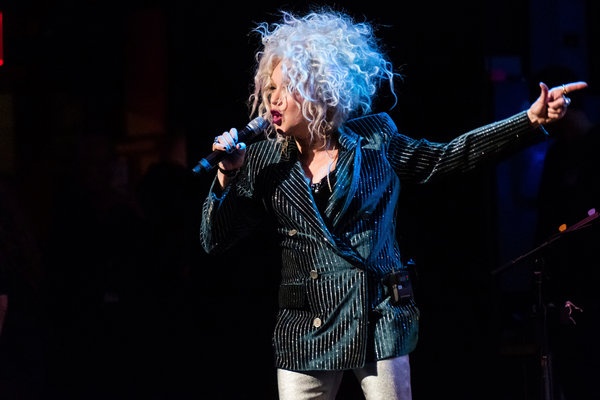 “Hair” paved the way for pop and rock music on Broadway. That musical opened the playing field and made room for different types of music and different types of composers. Without Galt, I don’t think anyone ever would have taken a chance on me and let me write for Broadway, and his legacy will last forever.

He was just the nicest, calmest, kindest man. When they were making the film of “Hair,” the music director was subletting my apartment, and they asked me to sing the first four lines in “Walking in Space.” I was supposed to get a credit for it but didn’t, and a lot of people don’t know that was me.

If you just read the lyric “Ripped open by metal explosion” [from the “Hair” song “3-5-0-0”], it sounds almost journalistic, with all sorts of numbers and data. But the way Galt set it gives it an emotional center. His melodies always imply the harmony behind them. Your ear just travels.

We worked together for more than 50 years. We used to have breakfast every Friday for almost 10 years straight. Galt’s music was my music — he did everything that I wanted to do. I thought “Who is Silvia?” from “Two Gentlemen” was like heaven.

What I truly responded to about his music was not that he was some kind of rock visionary (which he wasn’t), but that he was a jazz guy who had a large number of tools at his disposal and used them to create scores that bounced from style to style in completely authentic ways without being what I would pejoratively call “pastiche.” And I have to mention the bridge of “Easy to Be Hard,” when it pops up a step for “Do you only care about the bleeding crowd?”; it’s a thrilling bit of melody and harmony, unexpected and deeply satisfying.

He sat next to me for all the auditions of the first “Hair” concert in Central Park [in 2007]. After each singer, he just had about three words for each singer: “She moved me.” “Didn’t move me.” There was nothing technical. It was purely visceral. That was how he responded to the music and responded to the singers, and you feel that in his music.

In the late 1960s and early 1970s, he had his pulse on the country. He knew what we wanted to hear, and he knew how to say it musically. He was also incredibly loyal to the people he worked with. At one point during the Broadway run of “Hair,” we came to difficulties with a musician Galt had a long working relationship with, and it got to where we were talking about firing him. Galt asked to meet me in my office, and he said, “I’m pulling the rights to this show and closing it if you fire him.” And he meant it. He would shut down a Broadway hit for the sake of someone he knew. That incentivized me to work things out.

I remember hearing “Hair” on my parents’ vinyl and being slightly confused by it. It felt dangerous to me. But the bones of his music are classic theater. If you play his melodies on a piano, they sound like Golden Age musical theater songs. “Frank Mills” is so evocative and pure that it would work in any genre. It showed me that there’s a way to combine classic musical theater and cutting-edge rock ‘n’ roll.