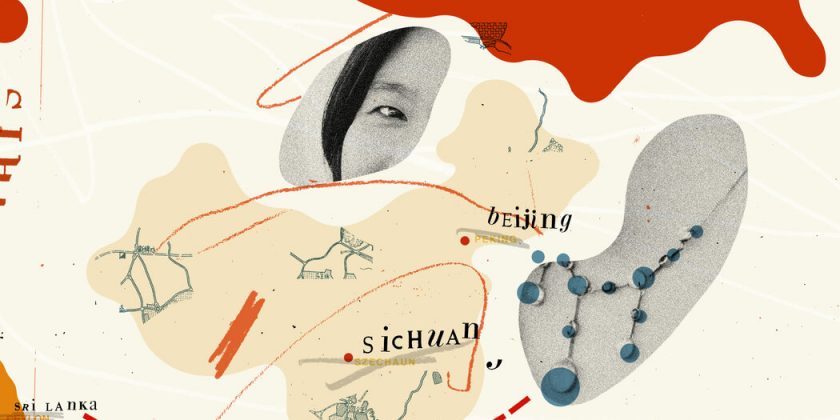 When I asked my father where he was born, I never got a straight answer. Wuhan, he’d say. In other moments, he’d claim Wuchang.

I didn’t understand why he couldn’t state a simple fact. My assumption reflected my privilege, that of a girl who’d known only the peace and stability of the suburbs east of San Francisco. Much later, I would realize that his birthplace had been absorbed into Wuhan, a provincial capital formed from the sprawl of Wuchang, Hankou and Hanyang.

My father is gone now, but I’ve wondered what he would make of the coronavirus. He surely would have worried about his family more than himself.

It would have pained him that relations have cratered between his ancestral and adopted homelands, causing a backlash against Asian-Americans. “Go back to where you came from!” we’re told.

But where did we come from, and why does it matter? Among other Chinese, the question is a conversation starter in which we can situate ourselves and our people, in every far-flung corner of the diaspora. Your ancestral province might stamp itself upon your character, in your traits — determining your height, your ambitions and your looks.

Born in China, my parents fled to the island of Taiwan at the close of World War II. Later on, they came to the United States for graduate school in science and engineering.

I used to think my parents were cagey about their past because they wanted to focus on the future. Perhaps, growing up in the shadow of Communism, or in making a life for themselves in this country, they’d also learned not to disclose too much, for who knew how it might get turned against them?

All that might have been true, though now I understand I may have missed another reason. Just as my father couldn’t readily tell me where he was born, neither of my parents could say exactly where they were from because they’d moved around so much during their childhood, amid conflicts with Japanese forces in the years before and during World War II.

At the bustling dim sum parlors in San Francisco’s Chinatown, I noticed my father chatting with the cart ladies to order the plumpest har gow and juiciest siu mai. Our family spoke Mandarin, and I asked why he could converse with the workers in Cantonese, spoken in Hong Kong, parts of southeast China and in certain diasporic enclaves.

“At school,” my father replied. In every new place, he had new classmates, he explained. Those families could have been seeking refuge from the war, too, I now understand, and the students could have picked up on each other’s native tongues.

No matter how much he told me, I couldn’t fully comprehend what it had been like for his military family to move every few months, sometimes every few weeks, crammed into inns or shacked up with relatives. They must have been fearful of the whine of approaching warplanes, forcing them to hide in caves or bomb shelters.

The rare details I gleaned seemed in the realm of the fantastic: his family once had fled in a wood-burning truck, in use because of gas shortages. It sounded like something from a fairy tale, when a small child gets lost in the forest, in the cold, in the dark.

I never faced such perils. Before leaving for college, I lived at the same address all my life, in the airy, light-filled house designed by my father, a structural engineer. It’s the same house where I now live with my twin sons, my husband and my mother.

And yet the question “where are you from?” is just as complicated for me to answer. Or rather, my initial reply — “I’m from California”— never seems to satisfy the strangers asking. Their mouths twitch and silence lengthens between us.

“I’m from the Bay Area,” I’ll clarify, even though I know I’m delaying the inevitable. It’s clear what they want to know, which perversely makes me want to hold out on them.

I can tell they think I’m misleading them. Some can’t hide their irritation that I’m not revealing information they feel entitled to having.

At last I’ll say, “I was born in the United States, but my parents are from China.”

They nod, pleased to confirm their suspicion that my family isn’t from here, that Asian-Americans are perpetual foreigners. They don’t realize they’re asking a question even my father couldn’t have answered.

He transliterated some names in an older style of Romanization developed by British diplomats and Sinologists in the 19th century, and others in Pinyin, a system that China adopted in the late 1950s.

It’s why “Peking” is now Beijing, “Szechuan” is Sichuan, why “Mao Tse-Tung” is “Mao Zedong.” The same places, the same people, but different spellings.

The entry ends with an “etc.,” an abbreviation from Latin for “and the rest.” What comes next, it’s implied, is similar to what has come before it, so similar it isn’t worth noting. Or maybe my father felt the information was too granular for his American-born daughter, who’d never heard of these places and hadn’t the faintest understanding of them.

Or it could have been he didn’t remember. In 1938, my father was only a toddler. Then, as now, families must have struggled to maintain a home for their children, a semblance of normality despite daily upheaval.

In my father’s birthplace, and across China, the spread of the coronavirus has largely been halted and routines have resumed. In the Bay Area, much remains uncertain. On top of our pandemic precautions and distance learning this fall, we’ve been preparing a go-bag. In this fire season, we’ve been shellshocked by the apocalyptic skies, by the falling ash and choking smoke blotting out the sun.

I wasn’t sure how much to gather, if I should stuff a backpack with passports, important papers, wallets and laptop or also fill a rollerbag with spare clothes, a first-aid kit, flashlights, portable chargers and energy bars? Could we make a getaway in our car with our camping gear, or would we have to run for our lives in our pajamas?

How much could my father carry, when he and his family traveled across China? The clothes on their backs, I suspect, and not much more. They had precious little materially to remind them of who they were and where they were from.

From 1929 to 1932, my grandfather trained at the Royal Naval College in Greenwich, England. On his return voyage, he stopped in Sri Lanka, which was then called Ceylon, where he purchased a moonstone and sapphire necklace.

My grandparents exhausted their savings to survive the war. My grandmother sold off her jewelry to help pay for our family’s passage — every piece but for the necklace, which she would give my mother as an engagement present. My parents passed it down to me. When I wear it, I feel transformed into an Erté ingénue, all gleaming bare shoulders and butterfly swoops of a collar bone.

The luminous gems hang from a delicate gold chain, so thin it could snap if caught on a button or a lock of hair. Yet the necklace has survived for nearly a century, carried to all the places my family has learned to call home. Where I’m from is everywhere it’s been.

I tucked the necklace into a black leather case and zipped it tight into our go-bag — proof, a prayer that not everything is lost in the end.

Vanessa Hua is the author, most recently, of the novel “A River of Stars.”