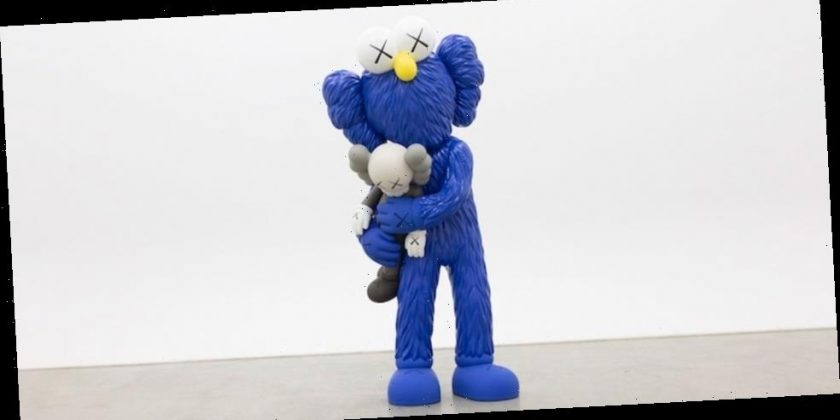 KAWS‘ next major exhibition, “WHAT PARTY,” has been foretold for months, but now it’s nearly upon us. Before the Brooklyn Museum opens its doors to (safely) allow in visitors, take an early look at some of the works on display at the career-spanning showcase.

Along with the eponymous CHUM sculpture, there are plenty of other figures and works to peruse, including some of KAWS’ classic advertisement works (like 1997’s UNTITLED (DKNY) and UNTITLED (HARING)) and even early paper sketches showcasing his graffiti flair. More modern pieces feature the Brooklyn-based artist’s signature cartoon character flips, like his SpongeBob riff, KAWSBOB 3, and several KIMPSONS pieces. “WHAT PARTY” even offers a closer look at some of KAWS’ latest efforts, including 2020’s TIDE painting.

The Brooklyn Museum will debut KAWS’ “WHAT PARTY” exhibit on February 26, the same day it launches an accompanying Phaidon monograph.