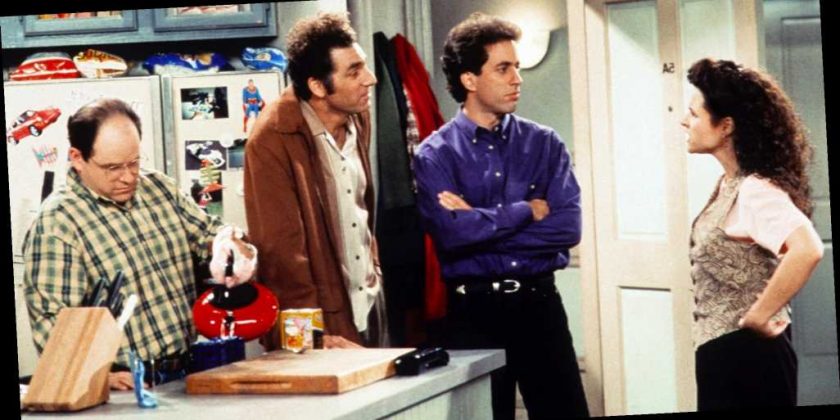 The weather outside is frightful but watching Christmas TV episodes is so delightful! December is the most festive month of the year and plenty of TV shows — both new and old — have Christmas-themed episodes ready to rewatch.

These heartwarming stories usually include at least one of the following components: Santa Claus, a holiday party, a Christmas miracle or a lesson on the spirit of Christmas.

New holidays have also been created during Christmas episodes. Chrismukkah, a mix of Christmas and Hanukkah, became a staple on The O.C. after it was introduced in season 1 in 2003. “The Best Chrismukkuh Ever” kicked off the holiday with a bang and featured a classic Christmas mall montage, Summer’s (Rachel Bilson) epic Wonder Woman costume and a drunk off-the-rails Marissa (Mischa Barton).

The memorable holiday was revisited in the season 4 episode “The Chrismukk-huh?” and featured Ryan (Ben McKenzie) falling off a roof and learning how all of the characters’ lives would have been different if he never showed up in Newport.

Another classic holiday invention was Festivus from a 1997 episode of Seinfeld, “The Strike.” Festivus, which is celebrated on December 23, includes practices such as the Airing of Grievances and Feats of Strength, a Festivus dinner and an aluminum Festivus pole (in lieu of a tree). The holiday is described as “a Festivus for the rest of us” by the day’s inventor, Frank Costanza (Jerry Stiller).

Christmas episodes have also given birth to iconic storylines. Full House aired “Our Very First Christmas Show” in 1988, which shows the Tanner family en route to spend Christmas in Colorado. Unfortunately, a major snowstorm forces their plane to land and they end up spending Christmas at an airport. The episode marks the first on-screen kiss between Aunt Becky (Lori Loughlin) and Uncle Jesse (John Stamos).

The Office‘s “Christmas Party” episode in 2005  showcased the beginning of the iconic Pam (Jenna Fischer) and Jim (John Krasinski) relationship during the coworkers’ Secret Santa gift exchange. Jim gives Pam a teapot filled with “bonus gifts” including his high school yearbook photo and a packet of hot sauce. The episode began the trend of quirky Christmas episodes that became a staple in later seasons of The Office.

Scroll down for more episodes to watch over the holiday season.