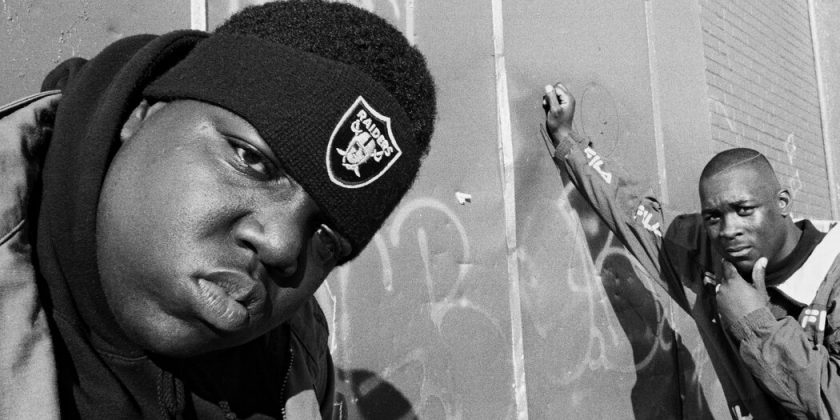 Every month, streaming services in Australia add a new batch of movies and TV shows to its library. Here are our picks for March.

‘Biggie: I Got a Story to Tell’

Director Emmett Malloy draws on a wealth of rare home videos and in-depth interviews in this revealing documentary, finding some fresh angles on rapper Christopher Wallace (a.k.a. Biggie Smalls and the Notorious B.I.G.). “Biggie: I Got a Story to Tell” devotes a lot of its running time to Wallace’s teenage years in Brooklyn, where he made money as a crack dealer while honing his musical style. Malloy doesn’t focus as much on Wallace’s tragic murder, except to frame his story as a case study in wasted potential.

Unlike the typical Netflix adaptation of a Young Adult novel, the movie “Moxie” isn’t so much about relationships and romance (though there’s plenty of both) as it is about high school girls standing up for themselves. Based on Jennifer Mathieu’s book, “Moxie” stars Amy Poehler (who also directed) as the divorced mother of Vivian (Hadley Robinson), who discovers her mom used to be a feminist punk rocker in the ’90s. Frustrated with her sexist male peers, Vivian channels her mother’s spirit and starts an anonymously authored ‘zine in hopes of starting a revolution.

In this odd and charming children’s show, a band of young Angelenos investigate paranormal activity around the city by interviewing friendly ghosts and the people they haunt. The episodes aren’t exactly plot-driven; they’re more like mini documentaries, teaching kids about the history and residents of L.A.’s neighborhoods. Animation fans should note that the series was created by Elizabeth Ito, who previously worked on “Phineas and Ferb” and “Adventure Time.” Here she’s come up with something visually striking, combining simplified characters with photographed backgrounds.

In our era of advanced genetic testing, DNA can reveal everything from people’s ancestry to their criminal culpability. But can it connect soul mates? That’s the question posed by the John Marrs novel “The One,” now adapted by the writer-producer Howard Overman into a TV series. The show features multiple interwoven story lines, following both the troubles faced by the CEO of a DNA-matched dating service and the problems her customers encounter as they get to know their scientifically determined true loves.

The documentary filmmaker Chris Smith should be well-known to Netflix subscribers as the director of “Fyre,” a fascinating expose of what went wrong at an infamous music festival. Smith now turns his attention to another tale of hubris and privilege with “Operation Varsity Blues,” an examination of the 2019 scandal in which several wealthy Americans were caught trying to buy their kids’ way into elite colleges. The documentary details the nuts and bolts of a scheme that involved expensive tutors, cheating on exams and bribing university staff. 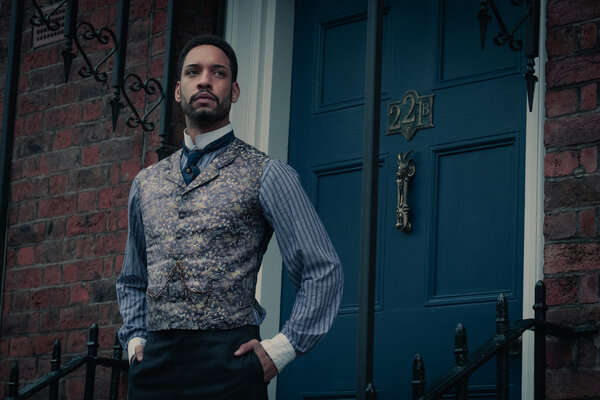 Sir Arthur Conan Doyle’s Sherlock Holmes mythology gets a radical reimagining in this crime series, which focuses on the gang of streetwise youngsters known as “the Baker Street Irregulars.” Created by Tom Bidwell, “The Irregulars” imagines an irreverent version of the Holmes saga in which the detective stays in a constant drugged-out fog while his disreputable assistants do all the actual mystery-solving. Bidwell also adds some supernatural elements to the story.

Katie Found wrote and directed this film about the bond between two teenage girls, who find each other right when they’re on the precipice of emotional maturity and caught between love and friendship. The accomplished young Australian actresses Markella Kavenagh and Maiah Stewardson play Claudia and Grace, who try to keep their relationship hidden away from anxious adults and their prying questions for as long as possible. With its striking visual style and its rich performances, “My First Summer” captures the beautiful fragility of adolescent romance.

Elisabeth Moss plays the reclusive author Shirley Jackson in the disturbing and moving period drama “Shirley.” The story is told largely from the perspective of a young faculty wife named Rose (Odessa Young), who becomes an aide and confidant to the acerbic and depressive Jackson, slowly becoming overwhelmed by the writer’s cynicism. The director Josephine Decker and the screenwriter Sarah Gubbins adapt a Susan Scarf Merrell novel, which is mostly fictional yet heavily influenced by Jackson’s life and work — capturing her sour, soulful take on human weakness.

The long-awaited third movie in the “Bill & Ted” series re-teams Keanu Reeves and Alex Winter — for the first time since 1991 — as the fun-loving, dimwitted, time-traveling best buds Theodore Logan and William Preston. In “Face the Music,” the boys have grown into middle-aged men, but still believe they’ll one day change the world through rock ’n’ roll. When they hear reality itself will be destroyed if they don’t get their act together immediately, Bill and Ted (and their daughters, Thea and Billie) have another adventure across the timeline, with the help of some of humankind’s greatest musicians.

Written and directed by Amy Seimetz, this arty horror film takes an unusual approach to a post-apocalyptic story, dramatizing the eerie premonitions that herald the end of everything. Kate Lyn Shell plays an ordinary woman who becomes convinced she’s living through her last day on Earth. Her strange behavior proves infectious, passing from friend to friend, leaving them either devastated, agitated or oddly calm. “She Dies Tomorrow” has the quality of a dream, but it’s a disturbingly realistic one.

‘The Legend of Baron To’a’

In the energetic action-comedy “The Legend of Baron To’a,” Uli Latukefu plays a Tongan New Zealander named Fritz who found his fortune in Australia but has returned home to defend his family’s legacy. The movie’s title refers to Fritz’s father: a former pro wrestler who also served as his neighborhood’s unofficial protector. When gangsters start bullying the locals, Fritz has to learn the fundamentals of combat in order to finish the job his dad started.

In the sequel to the thrilling crime drama “Save Me,” the British actor Lennie James returns to a role he wrote for himself, playing a luckless lad named Nelly who has a habit of being accused of crimes he didn’t commit. “Save Me Too” picks up about a year after the events of the first series and sees Nelly tying up some loose ends from old mysteries, while also trying to prove that he’s innocent of a murder. Part procedural and part character sketch, James digs deep into the soul of a stubborn individualist.

The first season of this Boston-set crime series told a complete story, about an ambitious attorney (Aldis Hodge) and a corrupt FBI agent (Kevin Bacon), reluctantly working together and navigating the choppy waters of local politics to take down a local gang in the early 1990s. In season two the two lawmen are back to being rivals, but their paths cross again when trouble erupts at a drug-plagued housing project. Though the show takes place nearly 30 years ago, the issues it raises — about policing, race relations and institutional rot — remain timely.

Eddie Murphy and Arsenio Hall reprise their roles from the hit 1988 comedy “Coming to America” in this sequel, which picks up the story of an African ruler and his trusty aide decades later. Like the original, “Coming 2 America” is filled with comic situations that allow Murphy and Hall to play multiple roles that riff on Black culture from the perspective of insiders and outsiders. The film also features appearances by some very funny comics — like Leslie Jones and Tracy Morgan — who have followed in the footsteps of Murphy and Hall.

The superhero cartoon “Invincible” looks charmingly retro, like something that would’ve aired on TV in the 1990s. But the series has a much more adult vibe than the likes of “X-Men” and “Superman.” Based on a long-running comic book written by Robert Kirkman (who also cocreated “The Walking Dead”), “Invincible” has Steven Yeun voicing a famous superhero’s teenage son, who’s enlisted into a series of fights to save the world almost as soon as he starts developing superpowers of his own. Like the comic, the show is fast-paced, colorful and clever — and also incredibly violent and shockingly bloody.