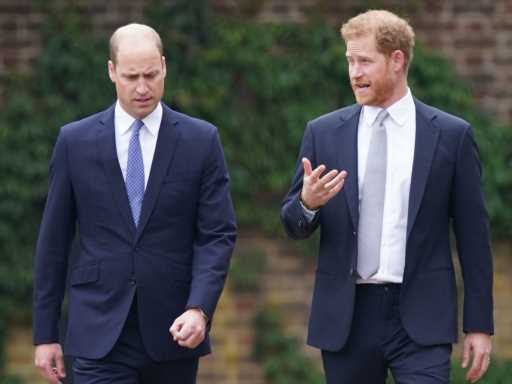 Over the weekend, Brooklyn Beckham and Nicola Peltz’s wedding was stacked with a who’s who of Hollywood and international celebs. Despite the extensive guest list, however, neither Prince William and Kate Middleton, nor Prince Harry and Meghan Markle were in attendance, though there was speculation the latter couple might make the trip to Florida for the extravagant affair. As it would happen, however, the decision to invite one couple over the other wasn’t easy for the Beckham family, who extended an invite to only one of the two royal couples.

According to a new report from The Mirror, Victoria Beckham and David Beckham didn’t want to have both the Cambridges and the Sussexes at the wedding due to “the alleged rift between William and Harry.” The couple reportedly “agonized” over the decision to invite one couple over the other, despite the Beckhams attending both William and Kate’s 2011 nuptials and Harry and Meghan’s in 2018. When it came down to it, they decided to invite William and Kate — who weren’t even able to attend.

“David and Victoria wrote to William and Kate inviting them and the family to their son’s wedding, and William replied wishing them a great deal of joy but they are unable to attend,” a source close to the Beckham family shared with the outlet. “David’s attachment and history go back with William and Kate and they have a very strong relationship and they were their choice of wedding guests,” the source went on. The source also noted, in reference to the Cambridges, “it’s always been about them because they’ve had a long history together.”

Indeed, the Beckhams have always had a presence when it comes to some of the royal family’s major occasions — especially when the royal weddings. And while the family’s celebration this past weekend was definitely full of high-profile figures, the Beckhams surely wanted to keep the focus on their family rather than any potential scrutiny over who was in attendance. Based on photos, the wedding looked positively beautiful and the focus stayed on Brooklyn and Nicola, just as it should.

'The Palace Papers: Inside the House of Windsor — the Truth and the Turmoil' by Tina Brown

Before you go, click here to see the best photos of Prince Harry and Prince William growing up together over the years.