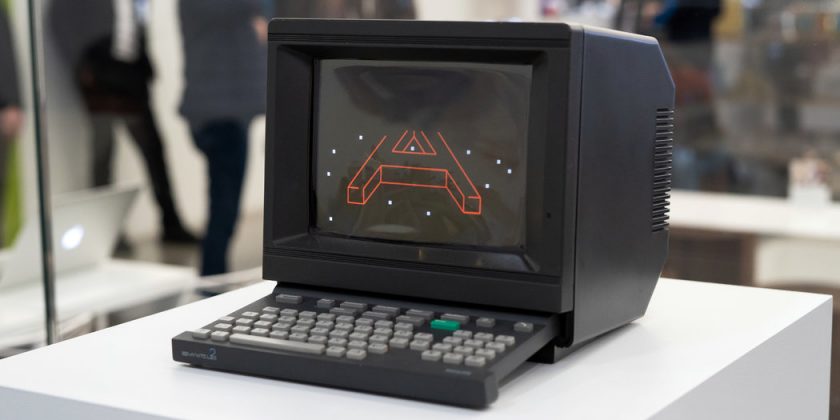 For many people, the term “net art” might conjure specific associations from a certain era — the ’90s, hackers, Berlin, Web 1.0.

These things are part of the story of digital-born art, but only part of it. Net art was never a specific scene: It was born before the internet existed and continues to be created today, worldwide, in disparate media.

A project called Net Art Anthology, curated by Rhizome, an affiliate of the New Museum, was an attempt to tentatively create a historical understanding of net art. Unveiled online over the course of two years, the effort involved the archiving and restoration of 100 digital artworks — often a laborious process because browsers that could display the pieces no longer existed, or other aspects of the technology had to be preserved or emulated.

“It was intended really as a way of filling in major gaps in public understanding of and access to net art’s past, to make it more of a resource for the present for artists and people interested in internet culture and how we got here,” said Michael Connor, artistic director of Rhizome.

On Tuesday, a show called “The Art Happens Here: Net Art’s Archival Poetics,” curated by Mr. Connor and Aria Dean, opened at the New Museum to commemorate the completion of the anthology. Sixteen works will be on display, and many of them deal with ephemerality, loss and change — but also with the joy and weirdness of the web. We spoke to five of the artists about their creations.

It’s easy to forget that before the internet, there were other networks. One of the more advanced was videotex, an information system invented in the 1970s that relied on a television or terminal — you could communicate, read the news, publish content or look up telephone numbers. In France, the government distributed more than a million such terminals, called Minitel, to citizens.

After a version called Videotexto was implemented in Brazil in 1982, mostly in public spaces like libraries and airports, the performance and multimedia artist Eduardo Kac became interested in the technology. Mr. Kac said he had an epiphany of sorts: Physical artworks could exist in a whole new sphere. “We were no longer preoccupied with dematerialization,” he said. “We could now produce immaterial work directly.”

In 1985, Mr. Kac made the work “Reabracadabra,” a digital poem created for Videotexto that he described as a “personal, formal attempt at holographic work.” This piece will be on display in the New Museum show on a terminal, after Mr. Kac painstakingly restored and recreated his videotex pieces over the course of 15 years.

“This network no longer exists, just like the internet we have now will one day no longer exist,” Mr. Kac said. “There’s a general misperception when we talk about online culture. Everyone is so obsessed with the internet, but to me it’s a historical phenomenon. It will be superseded by other networks in the future.” 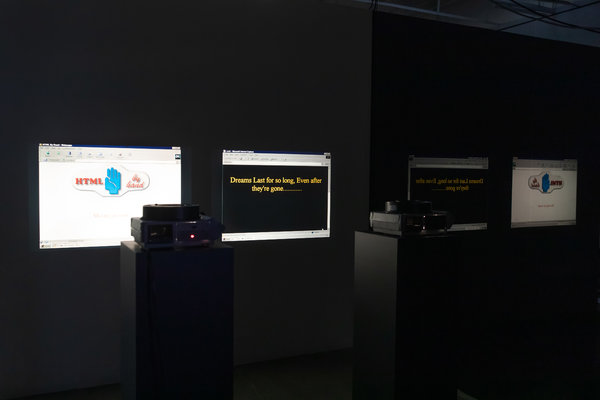 “A lot of my work is about looking back,” said Olia Lialina, who is best known for her 1996 piece “My Boyfriend Came Back From the War.” Part of Net Art Anthology, that interactive browser-based work tells the story of a woman’s awkward reunion with a soldier.

Her work in the New Museum show is drawn from a different project. Ms. Lialina and her partner, Dragan Espenschied, created a research blog in early 2011 and a Tumblr account in 2013 called “One Terabyte of Kilobyte Age” to preserve and explore the archives of GeoCities, an early web hosting service. Yahoo! bought GeoCities in 1999 and shut it down in 2009, leading to the disappearance of much of its data — except for one terabyte preserved by volunteer archivists.

Ms. Lialina and Mr. Espenschied are interested in the early web aesthetic as a form of folk art — the much-mocked and also beloved Web 1.0 design, with its rainbows, glitter, neon clip art and random text placement. Their Tumblr automatically generates screenshots of old sites from the GeoCities archive. “It’s an attempt to preserve this moment of these very special web pages, made by people who had such hope and excitement about the web,” Ms. Lialina said.

In the museum, two slide shows will play next to each other, one featuring screenshots of pages promising updates, and the other displaying announcements from sites that were shutting down.

The preservation and cataloging of net art was difficult, even at the time when it was first made. Brian Mackern turned that process into its own art form with his “netart latino database,” created in 2000 and updated until 2005.

“It was a bit of a response or a statement because at that time there were a lot of stories and narratives about the history of net art going on, and Latin America was kept a bit aside,” Mr. Mackern, a Uruguayan artist, said. He compiled hundreds of links to these projects, and created a site map for them based on Joaquín Torres García’s 1943 drawing “América Invertida,” which orients the south toward the north.

Many of the links are now dead, though Mr. Mackern said he sees this as a piece of the project.

“It has a romantic thing, no?” Mr. Mackern said. “These are like footprints of something that happened, like a kind of fossil. You have this thing that proved that something happened, but you cannot grab it or experience it again.”

In “The Art Happens Here,” the database will become a physical object, with the links printed slowly and repeatedly for New Museum visitors to take home.

The Taiwanese artist Shu Lea Cheang combined net art with performance in “Garlic=Rich Air,” which imagined a postcapitalist society in the year 2030, when currency would be replaced by garlic. It was inspired by economic crashes that happened around 2000, including one in Argentina, where alternative economies emerged when the currency was devalued.

“When that happens, you invent your own currency locally,” Ms. Cheang said, adding, “Why not use garlic?” With friends of hers who were farmers, Ms. Cheang grew and harvested bulbs in upstate New York; online, a game allowed users to exchange digital goods for garlic.

Ms. Cheang and others drove a pickup truck around New York City in 2002, asking people what they would trade for garlic. (One woman offered several strands of her hair.) The truck also provided mobile Wi-Fi — a kind of digitized farm stand that operated outside traditional systems of exchange.

“Rather than treating this project archaeologically, we wanted to revitalize and reperform it,” Mr. Connor, Rhizome’s artistic director, said. For the New Museum show, the artist Melanie Hoff has created a new online game inspired by Ms. Cheang’s garlic-trading universe, and a tricycle in the museum lobby will pay homage to the truck.

The storefront in Queens was mysterious. For six months, Sister Unn’s stood on Austin Street in Forest Hills, backlit only by a refrigerator and filled with vases of wilted roses. In the center was a lavender-colored rose preserved in ice. But you couldn’t enter the store — it was like a mausoleum, or something frozen in time.

This was the physical aspect of a project by Bunny Rogers and Filip Olszewski, who lived in Forest Hills and were struck by an abandoned flower shop. “It looked like it had been packed up overnight,” Ms. Rogers said. That, coupled with their reading of a classic Norwegian novel — Tarjei Vesaas’s “The Ice Palace,” whose main characters are named Siss and Unn — inspired this strange memorial.

The artists also made a website where each visitor can add a pixelated icon of a rose to an online gallery. Outside the storefront, neighborhood residents began dropping off flowers, candles and other gifts.

“That was when it felt like maybe we had actually produced something that was successful, in being a place of memorial or to reflect on personal loss, or to be a quiet space of mourning within the street,” Ms. Rogers said. A version of the storefront will be recreated inside the New Museum — a brief resurrection of an open-ended memorial that lives on, online. 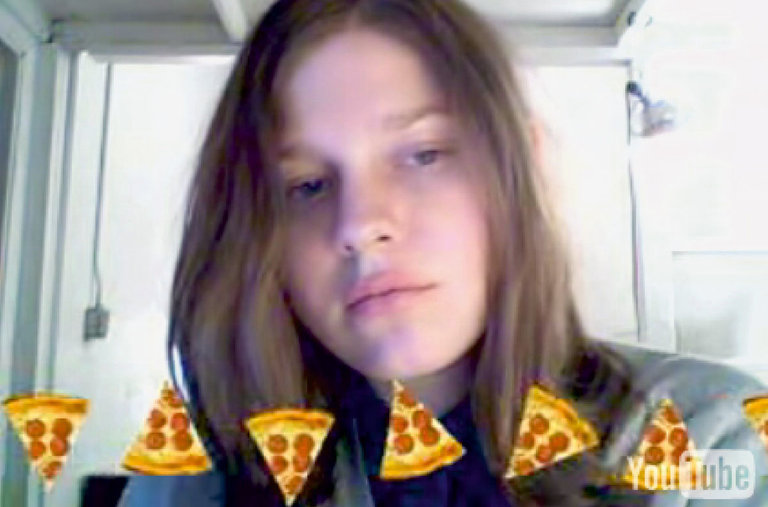