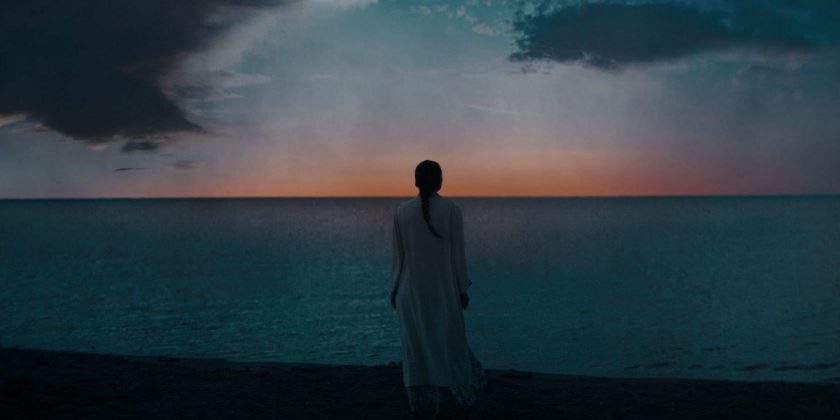 From Netflix’s The Haunting Of Hill House to new Midnight Mass, get set for chills aplenty with our pick of terrifying TV shows just in time for Halloween.

Halloween is fast approaching, and we’re 100% ready to binge-watch all the scary content we possibly can.

With that in mind, then, we’ve scoured Netflix to bring you a list of all the terrifying TV shows available to watch right now via the streaming platform.

So why not watch them all? If you dare, that is…

Midnight Mass normally brings to mind Christmas carols and cracking open the Quality Street, but there’s nothing sweet about this thriller. A series of mysterious and “miraculous” events start happening in a remote fishing community after Father Paul (Hamish Linklater) arrives in town to take over their decrepit church. Soon enough, the island finds itself in the grip of a religious fervour.

This horror drama, based on Todd Grimson’s novel of the same name, sees a filmmaker (Alita: Battle Angel’s Rosa Salazar) head to Hollywood in the early 90s to make her movie. It’s not long, however, before she finds herself tumbling down a hallucinatory rabbit hole of sex, magic, revenge… and kittens. Catherine Keener and Manny Jacinto are among the cast. 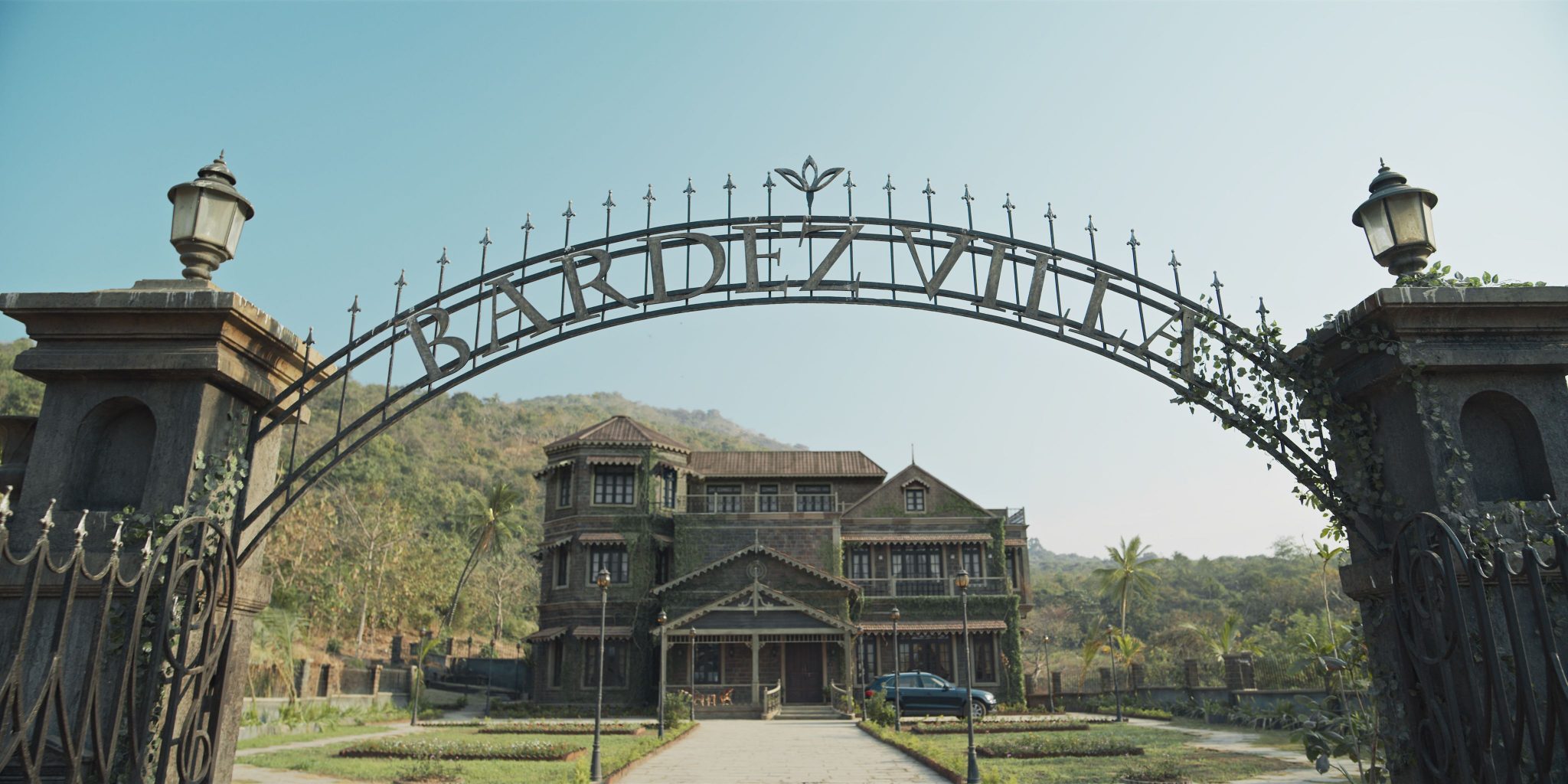 On paper, Typewriter doesn’t sound all that scary: three kids spend their time ghost hunting and telling scary stories in their neighbourhood in Goa. However, when a new family moves into a haunted house, the kids learn the hard way that their playful antics are about to have serious real-world consequences…

The Haunting Of Hill House

The Haunting of Hill House was easily one of the most talked-about TV shows of 2018… and for good reason: it was bloody terrifying. Based on the novel of the same name, it jumps between past and present as the Crain family recalls one terrible summer that they spent in (you guessed it) the virulently haunted Hill House – and it’s not the sort of show you should watch alone.

Horror films perfect for Halloween: the 33 scariest movies of all time

Fans of the original slasher movies will definitely want to check out Netflix’s Scream series. Instigated by a cyberbullying incident that goes viral, a brutal murder in Lakewood stirs memories of a crime spree from the town’s past that has haunted some, intrigued others, and maybe – just maybe –spawned a new executioner.

In this chilling prequel to The Grudge, a paranormal researcher searches obsessively for a cursed home where something terrible happened to a mother and her child long ago. Gulp.

This award-winning anthology of chilling stories allows viewers to dip into a classic haunted house, a demented asylum, a witch coven, a freakshow, a sinister hotel, a spooky farmhouse, a cult (who doesn’t love a cult, eh?), or an apocalypse. Your choice, horror fans!

The Haunting Of Bly Manor

Available to stream from 9 October, The Haunting Of Bly Manor already has a 93% ‘fresh’ rating on Rotten Tomatoes. Based on Henry James’ terrifying The Turn Of The Screw, which tells the story of an American nanny hired to look after a pair of siblings. However, several ghosts around their manor house exhibit a supernatural hold over the children – and it quickly becomes apparent that there’s far more to the crumbling Bly Manor than meets the eye.

Inspired by the cruel and manipulative nurse at the centre of One Flew Over The Cuckoo’s Nest, Ratched takes us back to 1947, as a young Mildred arrives in Northern California to seek employment. However, as she prepares for an interview at the local psychiatric hospital with near-meticulous precision – donning a costume, reciting lines, almost as an actor would rehearse a new role – it becomes all too apparent that this job means far more to Mildred than a simple salary. And that she would do anything, anything, to ensure she gets it, too.

The first season of Ares follows Rosa Steenwijk (Jade Olieberg), a mixed-race medical student in Amsterdam. When she finds out about a secretive student society, she makes it her mission to join. Ares, though, is made up of white, legacy members, and Rosa’s inclusion… well, let’s just say it doesn’t go down well with some.

As Rosa rises through the ranks of Ares, she slowly learns that there’s more to the glossy society than first meets the eye. Something deeply, deeply dark and unnatural, in fact. But will she be able to put all the pieces together before something dreadful takes place, or is it already too late?

We aren’t fans of spoilers, so we’re going to stick to Netflix’s succinct plot description for the dread-fuelled Curon.

“After 17 years, a woman returns home with her teenage twins,” it reads. “When she mysteriously vanishes, though, her children must reckon with a shadowy family legacy.”

Halloween movies: 22 films which are perfect for scaredy-cats who hate horror

In the dark, early days of a zombie apocalypse, complete strangers band together to find the strength they need to survive and get back to loved ones. Which means that, yeah, this horror series may hit a little too close to the bone for some in our pandemic-addled world.

Marianne revolves around successful horror novelist Emma, who has just turned her back on the book series that made her rich. So far, so Misery. However, it quickly becomes apparent that Emma has more than a crazed fan to deal with: the characters she writes into her horror novels also exist in the real world… and they’re not that happy about being brushed to the side, as you can no doubt imagine.

It’s not long before Emma is lured home to the broken-down coastal town she grew up in. There, she and her assistantdrop by to say hi to her parents – only things don’t go according to plan. At all.

This horror-comedy is just one point shy of a 100% ‘fresh’ rating on Rotten Tomatoes, and for good reason. Bringing back Evil Dead’s heroic, chainsaw-handed monster fighter Ash Williams, the series sees him accidentally release a Deadite plague that threatens to destroy mankind. As you do.

If you’re a fan of Stephen King’s work, then you should check out this small-screen adaptation of The Mist. Set in the small town of Bridgeville, Maine, the story centres on a family torn apart by a heinous crime. In the aftermath, they are suddenly cut off from the rest of the world when an eerie, foreboding vapor unleashes predatory creatures onto the streets.

Perhaps even more terrifying, though, is the fact that, amid the chaos, the rules of society break down. In a very big way,

From Dusk Till Dawn: The Series

When two violent bank robbers are forced to go on the run after a heist gone bad, they decided to take a family hostage and continue their journey to Mexico in their RV. It soon turns out, though, that there are worse things than being caught by the FBI. Things, say, such as accidentally stopping off at a bar filled with blood-sucking vampires.

Based on the best-selling comic books of the same name by Gabriel Rodriguez and Joe Hill, Locke & Key kicks off with three siblings moving back to their murdered father’s ancestral home in Massachusetts. There, they discover a series of magical, reality-bending keys hidden throughout the house, and it’s all fun and games for a bit… until they encounter an impossibly evil entity, that is.

And now for something completely different! From the twisted minds of the creators of The Purge, Haunted isn’t fictional per se: rather, it’s a reality series that offers viewers a chilling glimpse into first-person accounts of supernatural events. Think a boy who is haunted by visions of a woman hanging in his closet, two sisters who grew up in a real-life house of horrors with a sadistic father who did unspeakable things, and many more chilling “true stories” too numerous to mention.

ITV’s The Sister is a supernatural thriller, but the first date in episode one is the most frightening scene of all

If you like your horror fix served with a side helping of comedy, look no further than this goofy-gore series starring Drew Barrymore as a suburban zombie cannibal. This novel plot twist brings a hefty load of gratuitous organ-chomping to a sunny Californian neighbourhood, as Barrymore and her on-screen husband (played by Timothy Olyphant) struggle to keep her alive on a diet of human flesh – while raising a child together on the side. Silly and gruesome, in the most vomit-inducing sense of the word.

This unnerving psychological horror series starts with an everyday woman in a small New York town – played by Jessica Biel – who is suddenly compelled to stab a man to death one day on the beach; seemingly out of nowhere. A troubled detective (played by Bill Pullman) with his own haunted past is tasked with unravelling the motivations behind the sordid murder, in a deeply disturbing storyline that will stay with you long after the credits roll. The Sinner is now in its third series, but it’s worth watching from the start.

This South Korean period political TV series centres around the uprising of the undead in 15th century Korea. A fresh new take on the zombie apocalypse genre, this gripping horror franchise delivers epic, headstrewn battle scenes that are definitely not for the squeamish. Expect graphic zombie gore at every turn, underscored by sweeping cinematography and a thought-provoking political narrative.

Ghoul is Netflix’s first Indian horror mini-series and also comes from the makers of Insidious and Get Out.

The chilling series focuses on a prisoner who arrives at a remote military interrogation centre and turns the tables on his interrogators, exposing their most shameful secrets. Without spoiling too much, a ghoul is ultimately found to be inhibiting the body of a character and it’s safe to say that everything takes an eerie turn.