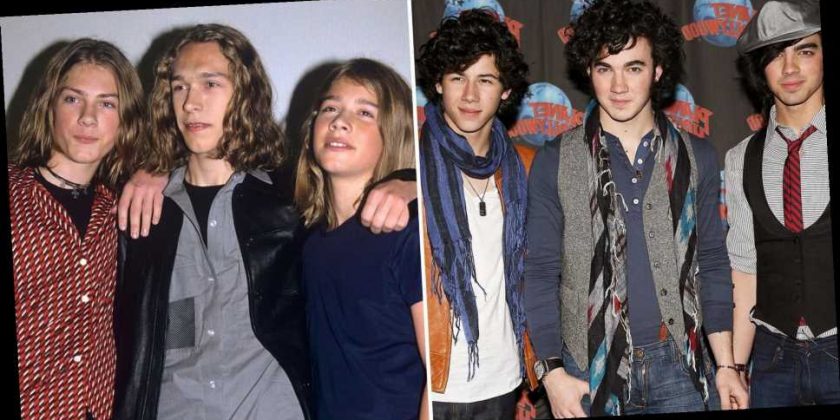 When you think of boy bands, you probably reminisce on the 1990s. However, all-male groups have been around since as early as the ‘60s.

Many consider The Beatles to be the first boy band, and the success of John Lennon, Paul McCartney, Ringo Starr and George Harrison led to the creation of The Monkees, The Osmonds, The Jackson 5 and many other groups throughout the ‘60s and ‘70s. By the time the ‘80s rolled around, fans were introduced to Menudo and New Kids on the Block, but the following decade arguably changed the game forever.

In the ‘90s, NKOTB continued to take off but ultimately stepped aside as more pop-oriented groups began to dominate the market. The Backstreet Boys became household names in 1996, followed by ’NSync in 1998 and LFO in 1999.

There was a resurgence of boy bands in the early 2010s as One Direction, The Wanted and others hit the scene. Around the same time, New Kids on the Block and the Backstreet Boys briefly joined forces to form the supergroup NKOTBSB, which released one compilation album and toured North America, Europe, Asia and Australia. Boy bands also became incredibly popular in Asia, where groups such as BTS and EXO amassed massive fan bases.

To date, the Backstreet Boys remain the most popular boy band of all time in terms of sales. One Direction also broke numerous records during their six-year run, which ended in 2016 as Harry Styles, Niall Horan, Louis Tomlinson and Liam Payne went solo (Zayn Malik had already left the group a year prior).

While blasting hits like “Bye Bye Bye,” “What Makes You Beautiful” and “I Want It That Way,” scroll through the gallery below for more on the 20 biggest boy bands of all time!