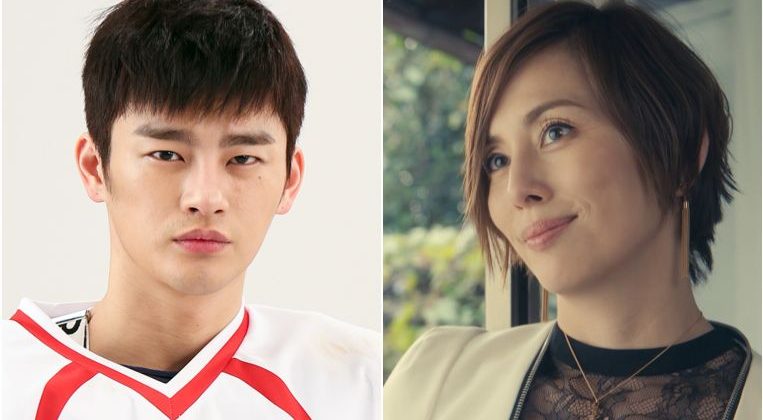 THE SMILE HAS LEFT YOUR EYES

South Korea’s Seo In-guk broke into the limelight in the period drama Reply 1997 (2012), playing a high school jock nursing a secret crush on his long-time friend.

Since then, the almond-eyed singer-actor has charmed his way through High School King Of Savvy (2014), as a hockey player forced to impersonate his high-ranking IT executive brother and Squad 38 (2016), as a professional swindler. In his last series, the romantic comedy Shopping King Louie (2016), he plays a rich heir who loses his memory.

The acting had to take a back seat while Seo enlisted for military service in March 2017, but his legion of fans were not disappointed when he earned an exemption owing to the diagnosis of osteochondritis dissecans. Thankfully, the bone and cartilage condition does not seem to be affecting his acting career.

In his comeback drama, The Smile Has Left Your Eyes, he stretches himself with a darker role. The series is a remake of the Japanese drama, Hundred Million Stars From The Sky (2002), which starred evergreen idol Kimura Takuya.

Seo plays Kim Moo-young, a charismatic young man working at a microbrewery who has a mysterious past. Soon Baek Seung-ah (Seo Eun-soo), a scion of a rich family, falls under his spell. Seung-ah’s good friend, advertising designer Yoo Jin-kang (Jung So-min) is wary of him at first, but comes to find herself caring about him. Meanwhile, Jin-kang’s detective brother, Jin-gook (Park Sung-woong), is investigating a murder in which Moo-young seems to be implicated.

It is a role that could easily slip into creepiness or smugness but Seo manages to pull off a delicate balancing act. Moo-young comes across as intelligent and emotionally detached, seemingly playing a game in his interactions and conversations with others, one that only he is privy to.

One can understand why Jin-kang, a nicely grounded Jung (My Father Is Strange, 2017), would be both intrigued and exasperated by him. And on his part, Moo-young seems to genuinely care for her as well.

The pacing could be quicker though as entire episodes pass by without much actually happening. Also, I was not completely convinced by a pivotal change in Jin-kang’s attitude towards Moo-young, despite the two competent actors.

There is the exaggerated voice and gesture, familiar to those who watch J-drama, that signals this to be a comedy. The protagonist, former lawyer Shoko Takanashi (Ryoko Yonekura), is given a quirk: She loves train journeys and the different bento specialities on the different routes. She is surrounded by a bunch of kooky characters, from painfully earnest lawyer Keita Aoshima (Kento Hayashi from Ossan’s Love, 2018) to ex-con Yuichi Baba (Yoshiyoshi Arakawa) – all part of the law firm she has cobbled together.

Each episode pits them against fat-cat legal eagles from her former employers, Felix & Temma, as Takanashi and gang take on clients who seem like no-hopers.

Actress and former model Yonekura, best known for her starring rolle in the medical drama, Doctor-X: Surgeon Michiko Daimon (2012 to 2017), is entertaining as Takanashi, snazzily dressed and always reminding everyone that she cannot do much work as she no longer has a license to practise law.

Key themes here include second chances and the idea that truth and justice will prevail but things never get preachy thanks to the gleam in Yonekura’s eyes when the potential commission in a case is bandied about.