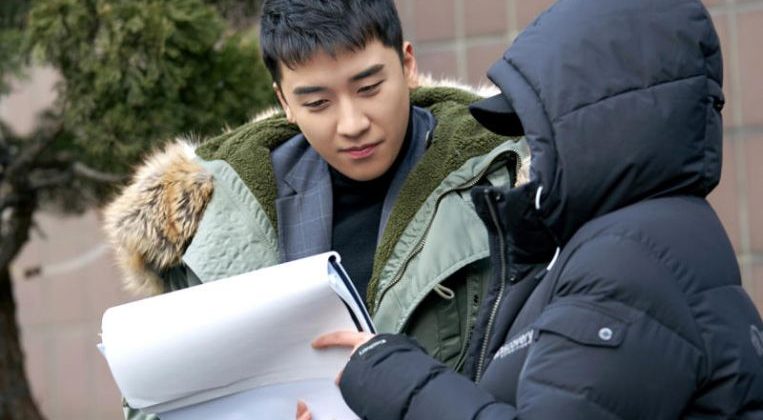 Love it or hate it, what is undeniable about K-pop is how great everything looks.

The singers are beautiful, the clothes are stylish and the dance moves are better synchronised than if they were performed by an army of robots.

This image of perfection comes at a price, of course: sweatshop-like hours of training as well as a ridiculous amount of control by management companies in every aspect of the pop stars’ lives, from whether they are allowed to date to when they can use a mobile phone.

The control is so stringent that the singers often end up coming across like manufactured dolls – pretty to look at but devoid of any true personality.

Which is why it comes as such a pleasant surprise to see all of this unravel, at least somewhat, in Netfix’s new mockumentary sitcom YG Future Strategy Office, which features actual K-pop stars playing exaggerated versions of themselves.

Set in a fictional office of the real-life Korean music label giant YG Entertainment, the eight-part series stars K-pop group BigBang member Seungri as the leader of a group of staffers tasked to improve the company’s flailing reputation.

He often makes things worse, though, despite calling on his famous friends for help – expect guest appearances from the likes of former 2NE1 member Park Bom and popular K-pop groups Winner and Blackpink.

The show could have played out as a simple comedy, but often dares to do more – by showcasing the darker side of K-pop behind the scenes, even if it is all hammed up for comedic effect. Perhaps it has something to do with the show’s writer, Kim Min-suk, a veteran of Saturday Night Live Korea.

The series will be more entertaining for those follow K-pop news as it often makes references to past events such as controversial drug or sex scandals. Seungri’s own 2012 scandal, where his bedroom photos were leaked, is brought up more than once.

The fact that the series openly makes fun of these events is all the more shocking because it is clearly endorsed by YG Entertainment itself. The company is a co-producer and its chief executive Yang Hyun-suk makes cameo appearances.

However, not everyone has been a fan of the series since it launched earlier this month. Many K-pop fans took to social media to say that it has ruined their idols’ images.

But I think it has only made them so much more real.

Another refreshing South Korean series about people at work is the hospital drama Life, which is penned by screenwriter Lee Soo-yeon of hit crime series Stranger (2017) fame.

Instead of the usual focus on curious medical cases, this puts the spotlight on the constant battle between the doctors and the hospital administration, as a money-minded executive (played by Stranger’s Cho Seung-woo) takes over as the president of the hospital.

He proposes, for example, to implement a scheme where the doctors must prescribe medicine produced only by a certain pharmaceutical company, even if it is not in the patients’ interests.

That angers many of the medical staff, in particular the righteous emergency room doctor Ye (played by heart-throb Lee Dong-wook).

As the 16-episode series unfolds, you realise that not everything is as simple as it seems. There is more to the president’s apparent greed and several doctors, even the moralistic Dr Ye, show signs of selfishness.

Like the K-pop stars of YG Future Strategy Office, everyone here has appearances to keep up.