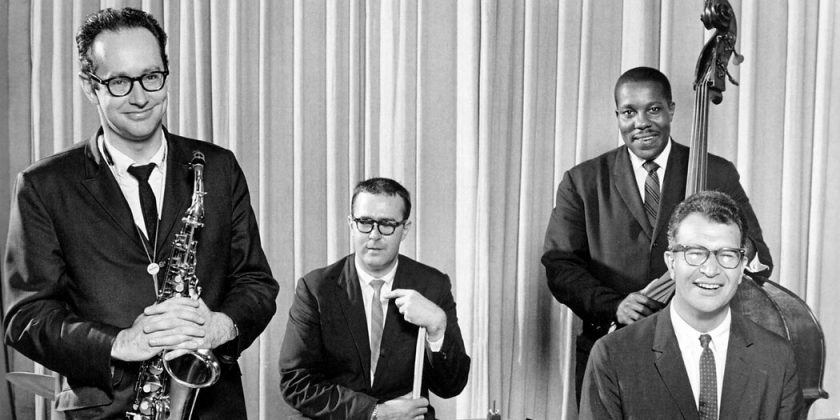 Listening to the alternate takes and behind-the-scenes recordings of any classic album will unravel some of its timelessness. But there’s something especially startling about hearing what went into the making of “Time Out,” the Dave Brubeck Quartet’s masterpiece, and maybe the ultimate example of a live art form being carved down and mapped out into an impeccably finished product.

Chances are this record lives somewhere in your memory, whether you can name it or not. “Take Five,” the single that sent the LP to No. 2 on the Billboard chart in the early 1960s, is among the most iconic records in jazz.

But from the sound of “Time Outtakes” — a collection of previously unheard recordings from the “Time Out” studio sessions, released last week in commemoration of Brubeck’s 100th birthday on the family’s new label — making the album was a sometimes fun, sometimes frustrating process, with the quartet feeling its way into a set of music that had not yet come to feel patented and perfected.

“Time Out” would be the achievement that effectively quieted Brubeck’s critics. They had called the pianist’s music uptight, unswinging and mannered (it often was), and some listeners rightly bridled at the injustice of how swiftly he — a white musician whose path ran through the conservatory and the college touring circuit, not the jazz clubs of New York — had vaulted over other bandleaders and into a Columbia recording contract. Brubeck often told the story of how ashamed he had felt when, in 1954, he became the only jazz musician other than Louis Armstrong to appear on the cover of Time magazine. He was on tour at the time with Duke Ellington, who was clearly deserving of such an honor himself, and it was Ellington who first showed Brubeck the Time cover when it came out.

As he built out his niche in jazz, Brubeck found purpose in a kind of globalism. Fascinated throughout his life by rhythmic complexity, his ears were piqued during a State Department good will tour in 1958, when he heard odd-numbered folkloric rhythms in various parts of Asia. He committed himself to integrating them into his compositions, while also making sure to nest hummable melodies inside each tune. On “Time Out,” he and the quartet manage to do all this while maintaining an effortless feeling that could easily be adopted by the listener; this was all the more impressive given that Brubeck was not always a graceful, mellifluous pianist.

The last track of “Time Outtakes” collects studio banter from throughout the recording session, and we hear Brubeck getting a little frustrated as he strives to capture a perfect take of the autumnal ballad “Strange Meadowlark.” It’s striking and disarming to hear him throwing around snippets of that song’s impeccable chord structure, sussing things out, playing one section here and a snatch of another there, while bantering with the producer Teo Macero.

Elsewhere in that track, we hear Macero encouraging the quartet to loosen up, reminding them to think of the session as nothing but a rehearsal. “You’re goddamn right it is,” one band member jokes, playful but sharp. “And I’m not getting paid for it!”

“Time Out” was recorded over three days spread across the summer of 1959. The eight tracks on “Time Outtakes” were all recorded on the first day, June 25, as the band was just breaking in the tunes. The album includes five alternate versions of pieces that made it onto “Time Out” and two tracks that did not (the show tune “I’m in a Dancing Mood” and the ad hoc “Watusi Jam”).

Paul Desmond had written “Take Five” partly as a gesture to the quartet’s drummer, Joe Morello, who wanted to show off his newfound confidence playing in 5/4 time. Listening to “Time Out,” with Morello’s broad rolling beat propelling the band and his concise, dramatic solo serving as the track’s centerpiece, he is in the driver’s seat.

But on June 25, the band tried nearly two-dozen times to get the song right, and still couldn’t. It was scrapped until a session the following week, when Morello apparently nailed it in just two takes. The “Time Outtakes” version is from June, and Morello’s part is far less developed; he taps out a sparse but somewhat obtrusive pattern on the ride cymbal, trying to perch on the end of beat one and the start of beat four. By July, he would figure out how do far more while sounding more efficient.

Still, there is an unfolding quality on the “Outtakes” version, a sense of reaching for what’s ahead, that doesn’t pertain to the final recording, maybe because it doesn’t have to. Morello’s solo on the early “Take Five” unfolds in a growing series of drum rolls, flicks of the wrist that slyly alternate their frequency and then seem to pull Morello’s arms across the whole kit. It is a far more cinematic and open display than what we get on the iconic “Time Out,” though not as built for posterity.