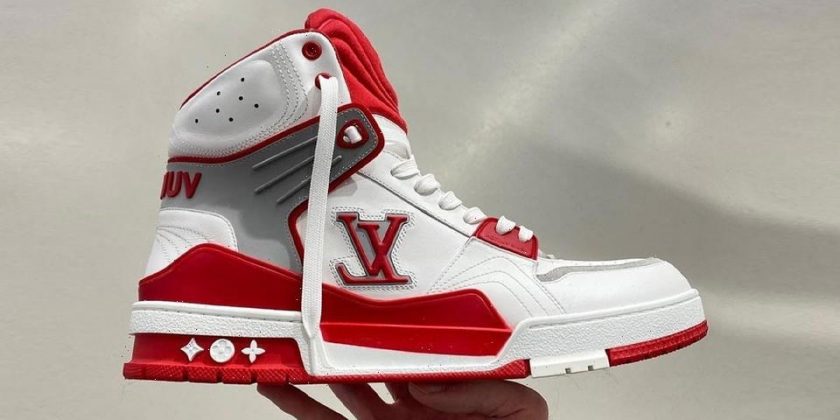 Appearing in premium leather uppers and rubber soles, the high-tops feature an overall form reminiscent of the Nike Dunk High with the addition of contour lines, accent stitching, stacked overlays, and perforated padding on the collars similar to that found on the Jordan 6. The foam tongue is seen in a waved pattern, and LV motifs are found on the laterals, heel counter, and midsole heel logos.

Low-tops bear a clear resemblance to retro skate shoes, with some saying they look akin to the controversial Osiris D3. Wide rounded laces run across the thick padded tongue displaying “LV 1854” on the tab, and additional “LV54” graphics are found on the heel, a callout to the year the luxury Maison was founded. Dressed in a mesh base, a diamond-encrusted mudguard decorates the forefoot, and premium leather and suede overlays run across the silhouette. A leather LV flower logo is imprinted on the laterals, and LV motifs are found on the rubber midsoles, continuing the design language of the LV Trainer.

Take a look at the images above, and stay tuned for more information to be announced in the near future.