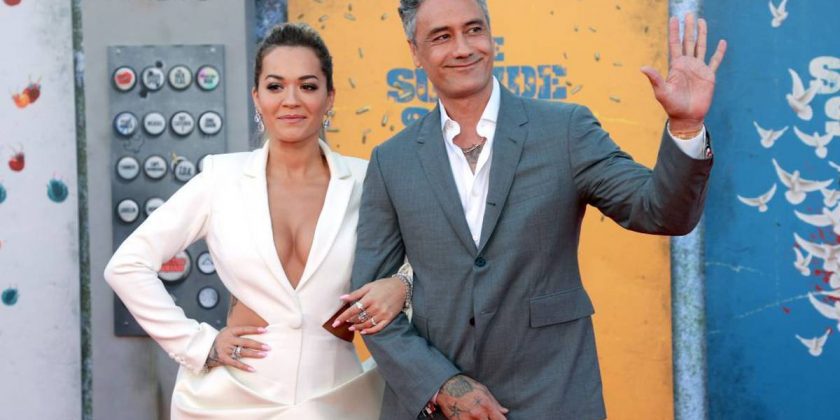 Taika Waititi and Rita Ora appear to have made their relationship red carpet official.

The Thor director, 45, appeared with the singer on Monday night at The Suicide Squad premiere in Los Angeles. It’s the first time they’ve appeared on a red carpet together as a couple, reports People.

The pair walked the carpet holding hands at the premiere for the film, which stars Waititi as Ratcatcher.

The Kiwi director and actor wore a grey suit with a white shirt and black dress shoes. Ora stunned in an Azzi & Osta white suit dress with an open back, matched with glittering silver heels and diamond earrings.

Waititi recently commented on his romance with the singer after paparazzi photos of them went viral.

The Oscar-winning filmmaker had wrapped filming for his upcoming Marvel movie Thor: Love and Thunder in Sydney. He spoke to the Sydney Morning Herald about his time in Australia and how he felt about recent paparazzi photos.

In typical Waititi fashion, when asked if the tabloid headlines got to him, he said: “Not really”.

“I think in the world of the internet, everything goes away pretty quick. And also, ‘is it that big a deal?’ No, not really. I was doing nothing wrong. It’s fine.”

Photos of Waititi kissing Ora, his rumoured girlfriend, and Thor actress Tessa Thompson went viral on social media this month. The Daily Mail, which published the photos, reported the images were snapped at Waititi’s house after a party.

Twitter users speculated the three stars may be in a polyamorous relationship, but it could have been a prank to throw off the paparazzi.

Waititi and Ora went public with their relationship in April when they attended the RuPaul’s Drag Race: Down Under premiere.

Elsewhere in the interview, he let slip what fans can expect from his next Thor movie.

“I think this might be funnier,” he says. “Everything we did with Ragnarok, we’ve just multiplied it.”