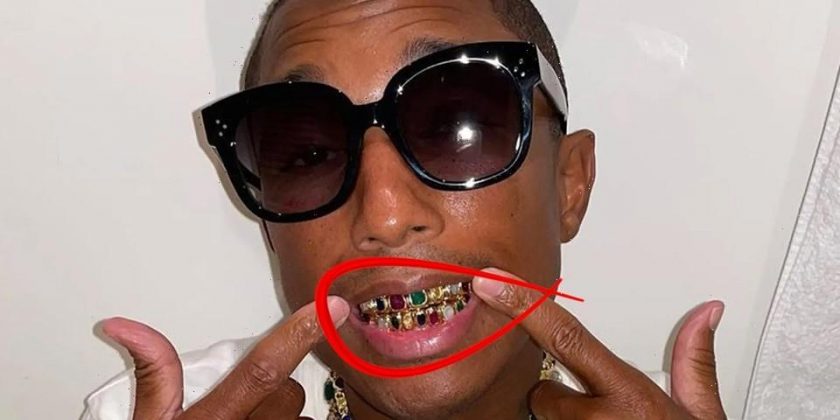 Pharrell is a longtime thought leader and trendsetter in music and fashion alike — with a jewelry collection that’s unmatched among his peers in both scope and value. From the iconic million-dollar NERD chain he commissioned from Jacob the Jeweler in 2006 to his more recent standout pieces like diamond-encrusted teardrop-shaped glasses made in collaboration with Tiffany & Co., Skateboard P’s influence in the jewelry space has been felt for nearly two decades and Hypebeast is exploring it in the latest episode of our TAGGED series.

Even before he reached A-list fame, Pharrell showed a keen interest in jewelry, attending a jewelry trade show in Basel, Switzerland to learn about the craftsmanship that goes into high-end pieces. The rapper, producer and designer first met Jacob and Co. founder Jacob “the Jeweler” Arabo when he was only 18 years old, and has also become close with celebrity jewelers Lorraine Schwarz and Gabby Elan over the years.

His long-time friendship with BAPE and Human Made founder Nigo heavily influenced his taste in jewelry pieces during the ’00s, when he was often spotted in items like the above-mentioned NERD chain or a custom pendant featuring KAWS‘ (another longtime friend’s) Blitz character: big, bold and brilliant, artfully toeing but never quite crossing the line into gaudiness. More recently, Pharrell has toned down the size, if not the vibrance, of his jewelry choices rocking everything from heart-shaped rings with precious stones designed by Schwartz to a set of grills crafted by Elan that have drawn comparisons to Marvel’s Infinity Stones, long gold-and-pearl necklaces and much more.

Besides being a fan and consumer, Pharrell is also a full-on collaborator. He worked with Louis Vuitton in 2008, teaming with then-creative director Marc Jacobs and Camille Miceli for the Blason collection, which was first presented during Couture Week. In 2019, Pharrell followed up that effort by working with Chanel on diamond and pearl brooches, necklaces and bracelets. There’s no telling if the Tiffany & Co. glasses he’s been rocking recently are a sign of a forthcoming effort with the brand and their boundary-pushing creative director Ruba Abu-Nimah or a one-off bespoke piece, but if there’s one thing we know about Pharrell it’s that you should expect the unexpected.

Check out previous episodes of TAGGED here, and be sure to catch up on other Hypebeast series like Sole Mates as well.
Source: Read Full Article