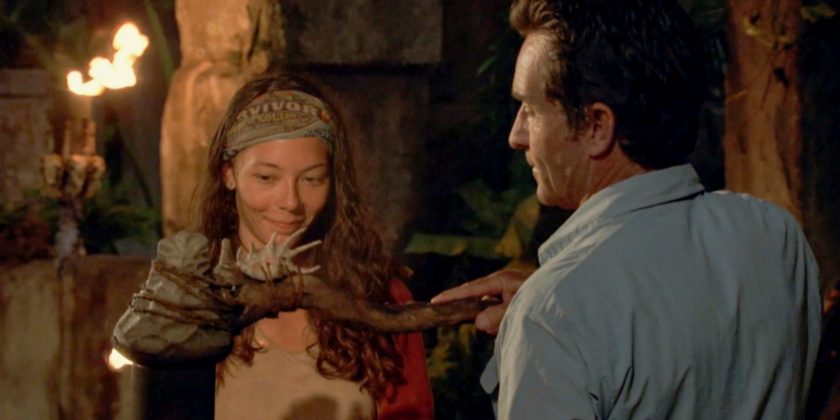 Gabby Pascuzzi and Christian Hubicki were an inseparable duo on Survivor: David vs. Goliath, which is why so many fans were angry when Pascuzzi chose to turn against Hubicki in a scheme that ultimately backfired and resulted in her unexpected elimination. SheKnows recently had the opportunity to chat one-on-one with Pascuzzi, and she had some strong words for all those haters on social media who are sending her nasty messages about targeting Hubicki, her once-close ally. She also discussed the next move she was planning to make had Hubicki actually been voted off and offered up a fantastic behind-the-scenes story you will only read here on SheKnows.

SK: What was it that made you so close with Christian?

GP: I think we were close from day one because we saw the game really similarly. We liked to strategize together. We had a lot of the same ideas, so we would soundboard off each other. We just complemented each other really well. More than that, we got along on a personal level. We’re both very emotionally empathetic people. When you see me opening up to him, he’s a very good person and listener. I had my moments, too, where I was comforting him if he was ever down. I would say we were the closest duo out there. That being said, the whole time I was allies with him I became more and more worried about the fact that our games were so intertwined. If I got to the end with him, I had no way of really differentiating this is what I did that was different from Christian.

SK: When did you start thinking about taking him out?

GP: It was always in the back of my head, and then it really came out after voting Carl out. I saw the Carl thing as my move. I was happy the episode kind of presented it that way. But we got back to camp, and you see Nick getting mad at Christian. That’s really what happened. Everyone was getting mad at Christian, but no one even pulled me aside and said anything. I was like, “Oh my gosh. I just made this move and nobody cares, everyone’s talking to Christian. He’s getting credit for everything that I’m doing.” I should’ve maybe seen it as he’s taking the blame as my shield. Since we were getting so close to the end I think I started getting antsy where I was like, “If people aren’t giving me credit for the Carl move now, then they’re not gonna give me credit for anything going forward as long as Christian and I are together.” 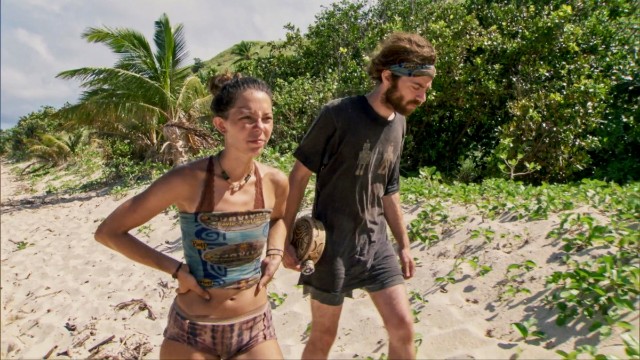 SK: If you would have successfully voted Christian out, what was your next move?

GP: I think that’s the hard thing, and that might have been my misread of the situation. I thought the game was a lot more fluid than it was. I thought I had a good relationship with a lot of people. To me, it wasn’t that I was necessarily going to go with one alliance to the very end and stick with that final three. It was more that there were a few people ahead of me that I thought were big threats in the game and multiple people would be on board with taking out. It was more of a voting bloc situation. If we take out Christian now, who is a big threat? Maybe it’s Alison. Maybe it’s Davie. Maybe it’s Nick. I didn’t know who the next target would be, but I thought there was three or four people more dangerous than me that people would be on board with getting out.

SK: How have fans reacted to your decision to turn against Christian?

GP: It’s been mixed. Some people — and I appreciate them — understand why I had to make a move. I was not there to play Christian’s game. I was there to play Gabby’s game, and there was no way I was winning sitting next to him. Other people are probably more mad at me than Christian himself is. They’re calling me a backstabber. They’re calling me ungrateful because he’s the reason I’m still in the game. That is ludicrous. Christian knows that it’s just a game. If you’re supposedly a Christian fan, I would say to you that Christian would not want you to act this way toward me.

SK: You were clearly blindsided, but did you have a contingency plan in place to secure yourself in the event Christian played his Idol?

SK: So when he played his Idol, did you still believe Alison was going home?

GP: For about a split second I hoped. I had gotten weird vibes during Tribal. Especially by what Angelina was saying about writing my name down. I was just hoping that Alison had more votes than me. So yeah, when I turned around and apologized to Alison because I saw that she got one vote, I think I then actually turned to Christian and said, “Is it me?” He said, “I didn’t vote for you.” 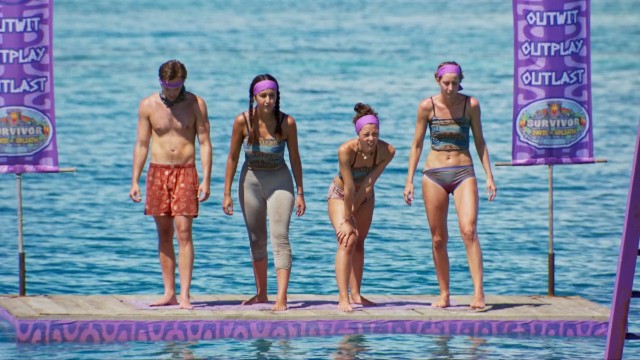 SK: Are there any behind-the-scenes stories you want viewers to know?

GP: You’re the first person I’m telling this. It’s about that “Steal-a-Vote” advantage that was found at the palm tree. They showed a scene at the merge where I was talking about the clue and trying to figure it out. I did figure out the clue, I did go and look at the palm tree, but I was too late because Nick and Davie had already found it. When we were all talking about our advantages and they told us they found it, I asked where it was. They said it was at the palm tree. I was like, “Oh my God! I knew it!” The funniest thing is that I had told Nick, but he had already found it. I was like, “Nick, I think there’s something at the palm tree.” He even went and looked with me, but it wasn’t there because he had it in his pocket. He looked with me while pretending to look around the palm tree. When he told me he had it, I was like, “Oh my God. I can’t believe you didn’t tell me, even when I was looking there.”