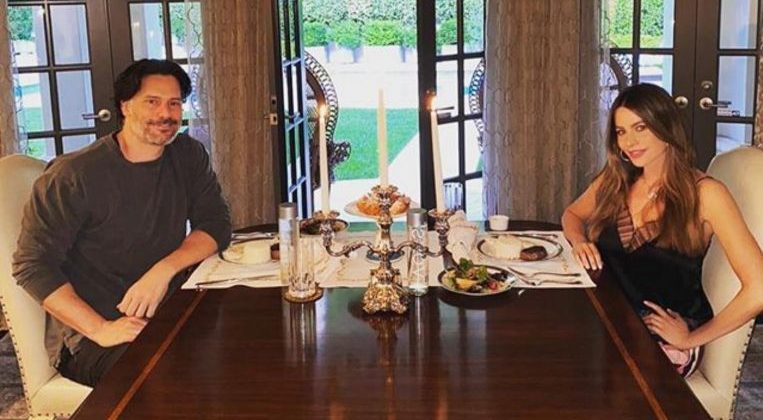 LOS ANGELES – Colombian-American actress Sofia Vergara was in for a treat on her anniversary with husband Joe Manganiello.

The Modern Family star married Magic Mike (2012) actor Manganiello at a beach resort in Florida in 2015. The couple, who started dating in 2014, celebrated six years of being together on Sunday (June 14).

Vergara, 47, posted a photo on Instagram of herself and Manganiello, 43, enjoying a candlelit dinner at home in Beverly Hills, Los Angeles.

She thanked Manolo Gonzalez Vergara, her son from her first marriage, and niece Claudia Vergara, both 27, for the “surprise anniversary dinner date in quarantine”.

Vergara also posted a separate photo on Sunday of her and Manganiello embracing each other. She wrote: “6 yrs since u went and found me!! happy anniversary @joemanganiello U r mine!!”

Manganiello also penned a message to Vergara on Instagram. He uploaded a photo of a candlelit outdoor dining area, along with images with Spanish text that read: “Happy anniversary, my love. For the woman of my dreams.”