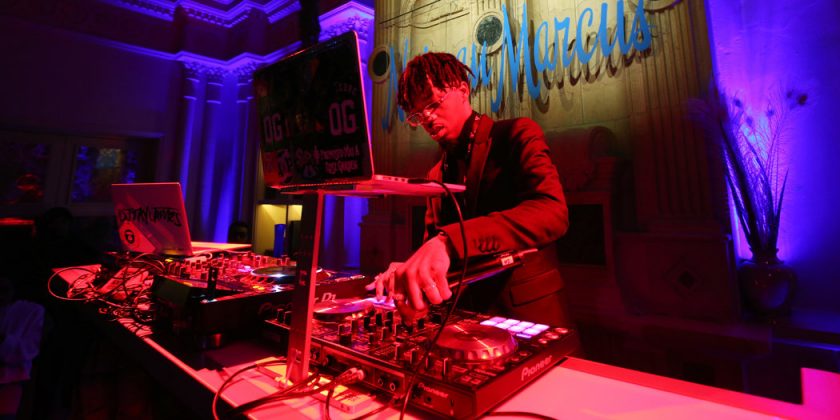 The producer Metro Boomin has helped define the sound of rap in recent years and now, as a behind-the-scenes figure, he has something rare to show for it: a No. 1 album as a lead artist.

On the corresponding singles chart, the Billboard Hot 100, the online buzz came in even hotter as Ariana Grande achieves her first No. 1 hit with “Thank U, Next,” a gossipy surprise release that invokes her famous exes.

Grande’s instant smash rode in with 55.5 million streams in its debut week, according to Nielsen Music. “Thank U, Next” has also topped the charts on Spotify (both in the United States and globally) and Apple Music, in addition to collecting more than 35 million international views across two YouTube videos (an audio version and a lyric video). The track was downloaded an additional 81,000 times — a high total in a dying format, and more than twice as many purchases as any other song last week.

Songs from “Not All Heroes Wear Capes” were streamed 125 million times in the album’s opening seven days, on its way to becoming another hip-hop release that was barely purchased at all: The LP had just 5,000 in traditional sales, for a total of 99,000 album equivalent units by the industry’s math, which combines physical and digital purchases, streams and track downloads.

The soundtrack to “A Star Is Born,” led by Lady Gaga, is No. 2 again for the second straight week, after an opening three-peat at No. 1. The album’s songs were streamed another 33 million times, and it sold 44,000 copies for a total of 79,000 units.

Also driven by a feature film: “Bohemian Rhapsody,” the soundtrack to the Queen and Freddie Mercury biopic, comes in at No. 3 with 35 million streams and 24,000 in sales. “Bohemian Rhapsody,” the movie, has taken in $100 million at the box office across two weekends; the soundtrack features Queen studio hits like “I Want to Break Free” and “Another One Bites the Dust,” in addition to live versions and new arrangements.

Rounding out the Top 5 are one debut and one stalwart: “The Last Rocket” (Quality Control) by Takeoff of Migos is No. 4, mostly because of its 58 million streams, while Drake’s “Scorpion” (Republic) is No. 5 in its 19th week with 58 million streams of its own.