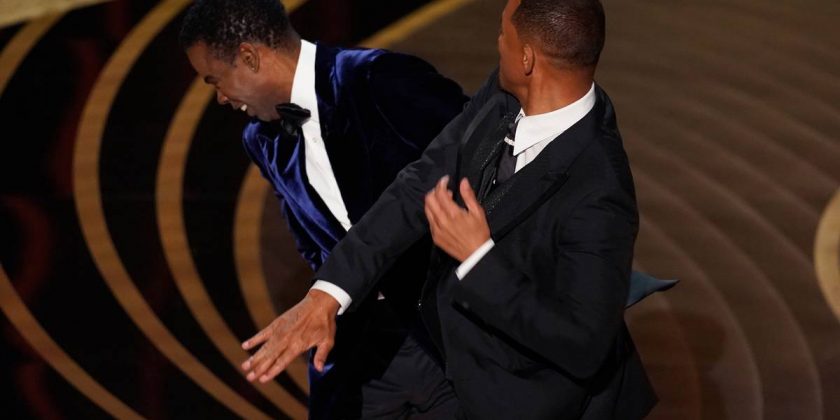 Oh yeah and a New Zealander won the Oscar for best director, and said: “Kia ora”.

But there was something slightly more memorable about the 94th Academy of Motion Picture Arts and Sciences awards show, filmed live at the Dolby Theatre inside the Ovation Hollywood shopping mall and entertainment complex on Hollywood Boulevard and Highland Avenue: utu.

Live action replies have yet to confirm whether it was a punch or a slap and although a still image taken immediately after the blow was struck showed that Will Smith’s hand was open, suggesting a slap, directed merrily downwards (Smith stands 1.88m, Chris Rock 1.78m) rather than potentially more damagingly square across the face, it hit Rock not so much with force or injury but with something greater: surprise.

It hit the watching world in much the same way, and Rock said what the world said: “Wow”.

It was precisely mind-blowing, and the effect and scale of it recalled author Norman Mailer’s famous description of the punch that Muhammad Ali threw at George Foreman in their 1974 heavyweight boxing title fight, and floored his opponent: the blow, Mailer wrote, “drove into the middle of Foreman’s mind”.

Foreman fell down, but Rock kept his feet, a plucky welterweight versus a lumbering heavyweight, his brain able to formulate language in a meaningful way: “That was the greatest night in the history of television”.

There was laughter in the auditorium, in the way we all want something bad to be actually funny, and think of it as just some sort of gag, a stunt, a bit of physical comedy, but there was something tinny in that laughter, something uncertain and false, something with an exact Hollywood flavour: canned.

Because it was neither slapstick nor a light-hearted moment, and even though it played out as once were Hollywood Boulevard warriors, it was for real, stripping away the very thing that Hollywood creates so lavishly to entertain us: artifice.

Someone Latin said, “We’ve got great representation here, people”; Liza Minnelli got wheeled out but really needed to go back to bed, and take her meds; Pacino and de Niro appeared together for the first time since their great scene in … All of it was conducted in the usual boring and harmless manner of the Oscars except for that one moment when Will Smith got out of his seat and achieved the seemingly impossible at an awards ceremony: behaving even more of a jackass than Kanye West.

On one hand Rock had it coming, he messed with the wrong guy, and although he claimed his jibe directed at Jada Pinkett Smith’s hair loss condition was comedy (“It was a GI Jane joke!”, he said onstage), he went too far; on the other hand, Will Smith himself could be seen laughing at the joke, until he looked over at Jada and saw that she was not amused, and utu urged him on to make Rock suffer the thing we all dread, public figures more than most: humiliation.

When it all finished, I thought I’d definitely avoid going to the cinema to watch CODA, West Side Story, and Drive My Car, and might go to see The Power of the Dog and Belfast, but there was only one film I now definitely want to see: King Richard.