Donald Trump’s lowest moment in the White House might’ve been a literal one: when the then-president fled to an underground bunker as anti-racism protesters gathered outside.

Or as “Late Show” host Stephen Colbert pointed out on Wednesday: “The big, strong ‘law and order president’ hid in an underground bunker.”

The new book, “Frankly, We Did Win This Election: The Inside Story of How Trump Lost” by Michael C. Bender, reveals that Trump was livid when his location was leaked and he was mocked for going into hiding.

“The ex-president was so embarrassed when his little hidey-hole adventure was leaked that he reportedly said, ‘Whoever did that, they should be charged with treason,’ adding: ‘They should be executed!’”

Those comments prompted a warning from Colbert.

“Careful, sir,” he said. “If you start executing people for leaking, you’ll have to find a new lawyer.”

Colbert was referring, of course, to former New York Mayor Rudy Giuliani, the Trump attorney who started leaking from his hairline during an infamous news conference last year: 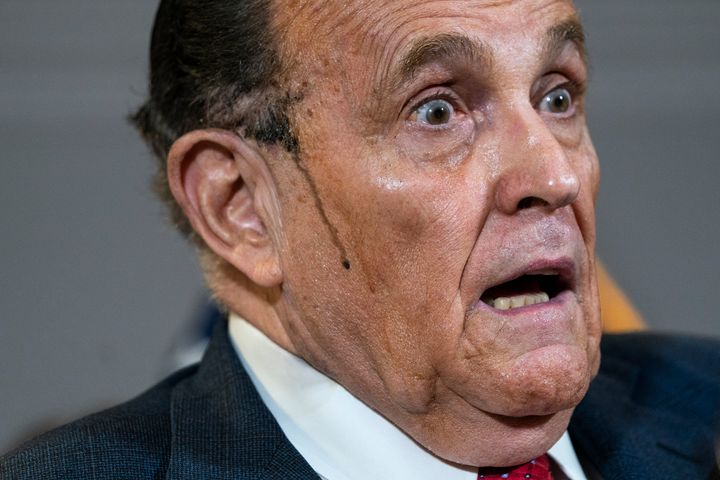