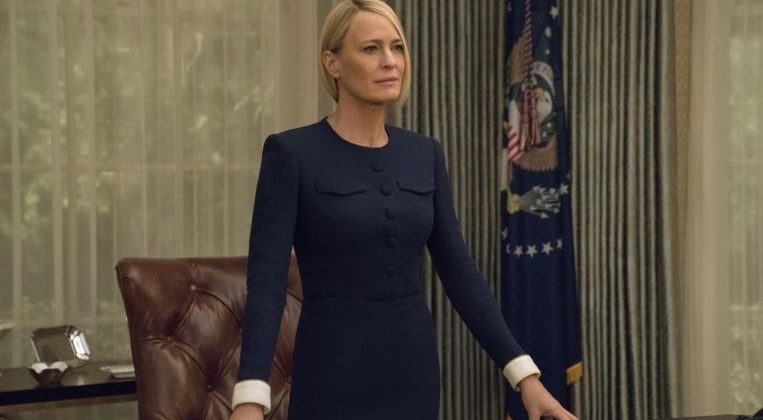 SINGAPORE – Actress Robin Wright might play Claire Underwood, a titan of Washington politics in the Netflix series House Of Cards. But when asked if she would actually run for office, she says she would rather stay out of the fray, especially now.

The 52-year-old actress was speaking at a press conference last week Netflix’s See What’s Next: Asia media event at the Marina Bay Sands.

Now starring in the sixth and final season of the political thriller, she also opened up what it was like to be a director for 10 episodes of the series, beginning from season two (2014).

The first time she directed a House Of Cards episode, the bug bit her so hard “there is no going back” and is looking to add more directing to her resume, says the actress known for her roles in The Princess Bride (1987), Forrest Gump (1994) and Wonder Woman (2017).

But no director on House Of Cards has carte blanche, even if she is one of its stars. Wright, like other directors, had to abide by rules laid down by the show’s creators to create its uniquely chilly look.

For example, she revealed that the colour red is banned from appearing on camera, and cameras have to be fixed in position – no handheld or “steadicam” shots are permitted – and certain lenses are also forbidden.

The director of the first two episodes, the Oscar-nominated David Fincher (Gone Girl, 2014; The Social Network, 2010) formulated the visual rules.

“David is so smart about directing you kind of want to slap him,” she says. He wanted the show to stand apart from the template laid down by busy-looking political shows like The West Wing (1999-2006), famed for its restless cameras and “walk and talk” scenes.

“He wanted a new portraiture for chaos, one that was very foreboding.”

The current season has to handle some on-set chaos with the firing of actor Kevin Spacey. The actor had the lead role of Francis Underwood, who with wife Claire, formed a formidable power couple whose machinations drive the drama.

Spacey was sacked from the show last year, a few weeks into shooting season six, following allegations of sexual harassment. This led to the show’s writers having to write the concluding season without him being there physically.

“It was tricky coming up with endings that would satiate the audience without giving them what they expect,” she says.

It was reported that Wright lobbied Netflix to keep going with season six without Spacey, rather than shut down production, because it would mean saving hundreds of jobs.

Spacey’s absence was “not a challenge in general” for the show’s writers to work around, she says, as the broad arc of the story had been set since season five.

“The only challenge was how Claire’s dialogue would be different. But outside of that, we did what was actually intended. The idea for season six did not change,” she says.

The sixth and final season of House Of Cards is available on Netflix.