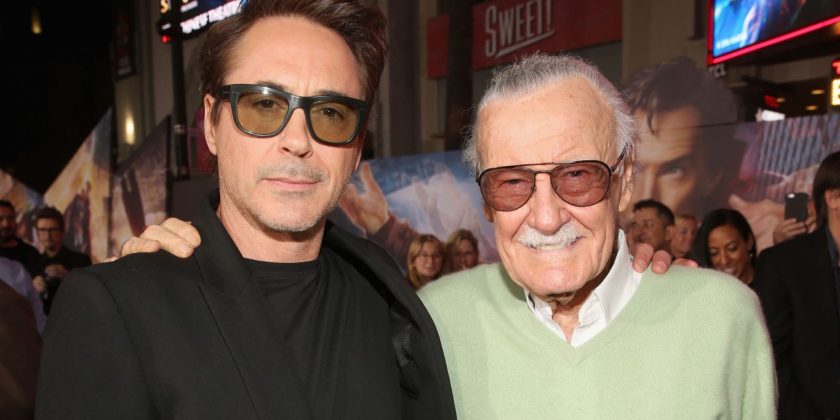 Wolverine actor Hugh Jackman described Lee – who has died aged 95 – as a “pioneering force in the superhero universe”, saying he was “proud to have helped bring one of his characters to life”.

Iron Man star Robert Downey Jr posted a picture of him and Lee on Instagram accompanied by a love heart.

His message read: “I owe it all to you… Rest In Peace Stan.”

British actor Tom Holland, who plays Spider-Man, posted on Instagram: “How many millions of us are indebted to this guy, none more so than me.

“The father of Marvel has made so many people so incredibly happy. What a life and what a thing to have achieved.

Chris Evans, who played Captain America, said there would “never be another Stan Lee”.

Evans tweeted: “For decades he provided both young and old with adventure, escape, comfort, confidence, inspiration, strength, friendship and joy.

“He exuded love and kindness and will leave an indelible mark on so, so, so many lives. Excelsior!!”

Lou Ferrigno, who played the original Incredible Hulk, said there were “not enough kind words to post about my dear friend Stan Lee”.

He added: “My life wouldn’t be the same without his incredible talent as a creator, storyteller and friend.

Josh Brolin, who played villain Thanos in Avengers: Infinity War, wrote: “To those of us who have been so deeply affected by the humanity of his imagination, the understanding of reaching beyond our potential and the necessity of tapping into our immeasurable imaginations, we thank you.”

Tesla and SpaceX entrepreneur Elon Musk said the “many worlds of imagination and delight (Lee) created for humanity will last forever”.

David Hasselhoff said that Lee was “what America is about!”.

He added that Lee was “a true Hero, Inspiration and the ultimate Gentleman!!”.

Actress Kaley Cuoco said she “adored his visits, hugs and fantastic stories”, adding: “He was an epic superhero and I will never forget him!!”

Writer and director Edgar Wright said: “Thanks for inspiring so many of us to pick up a pen or pencil and put your dreams onto paper.”

Zachary Levi, who played Fandral in Thor: The Dark World, and Thor: Ragnarok, said Lee “quite literally changed the landscape of entertainment forever”.

He added: “The term ‘legend’ seems to get thrown around a lot these days, but this man is most deserving of it.

“Thank you for everything, Stan. May the heavens be made more colourful with your arrival.”

And actor Seth Rogen said: “Thank you Stan Lee for making people who feel different realise they are special.”