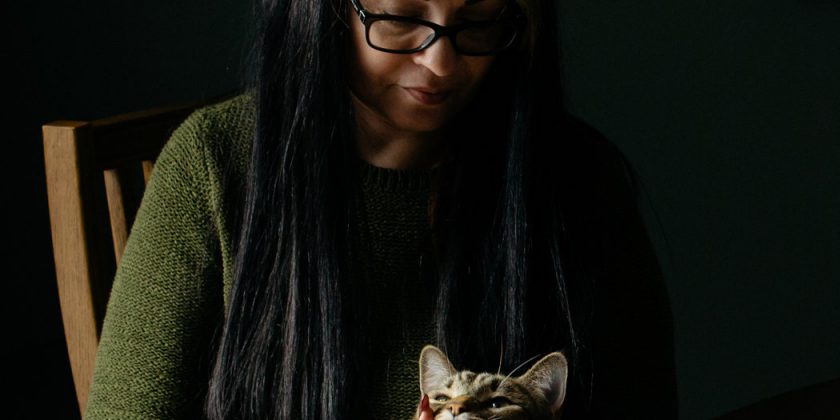 Ana Helfer replays the day over and over in her mind.

In the winter of 1997, she had just loaded her car with groceries when she discovered that she needed a jump-start. She called everyone she knew, but no one picked up. So she walked back to her Staten Island apartment to see if someone could help.

“No one was around, not one person,” Ms. Helfer, 55, recalled. “But I did see his car in the driveway, so I went and asked him if he could help me out.” The car belonged to her landlord, Brian Helfer.

After helping with her car, he asked Ms. Helfer on a date. They married the next fall. Afterward, she said, he quickly became emotionally and physically abusive.

“I always think, ‘Why?’ Why didn’t I just call one of the tow companies to give me a jump?” Ms. Helfer said recently in her Staten Island home, shaking her head. “Why didn’t I just sit and wait for someone to come. The hell with the groceries. You go with the woulda, coulda, shouldas, and it eats you away. It does nothing, because it doesn’t change anything.”

Ms. Helfer described looking back on that day as “going into a spider web.”

“I remember his look — he was smiling, he was happy,” she said, “but lo and behold, you look back, and there’s more to a smile.”

Ms. Helfer grew up in Harlem. Her father was a veteran and a custodian; her mother stayed home to raise Ms. Helfer and her sister.

She eventually moved to Staten Island and commuted from there to Manhattan, where she was an executive assistant at Bear Stearns. Once the Helfers had their first child, Justin, in 1999, they agreed that Ms. Helfer would stop working. Looking back, she remembers that her husband wanted to marry quickly and have children right away.

In addition to Justin, a sophomore at the State University of New York, Oswego, they had Kayla, 13, and Joshua, 18, who has high-functioning autism.

Ms. Helfer thought about leaving her husband once when she was pregnant with Kayla, and she told her father that the marriage was troubled.

“He says, ‘Come home. Come home. Don’t worry. We have room. You know you can always come home,’” Ms. Helfer recalled. “I started crying because I was like ‘You know something, I can do it, I know I can, I’ll take my boys and I’ll go.’”

Ms. Helfer found a mover who could help get her out within 24 hours. But her father died the day after her call with him, and Ms. Helfer felt she and her children would be too much burden on her mother at the time, so she stayed with her husband.

Mr. Helfer, a bus driver for the city, controlled the finances, and he would criticize his wife for buying too many groceries and not cleaning the house well enough. 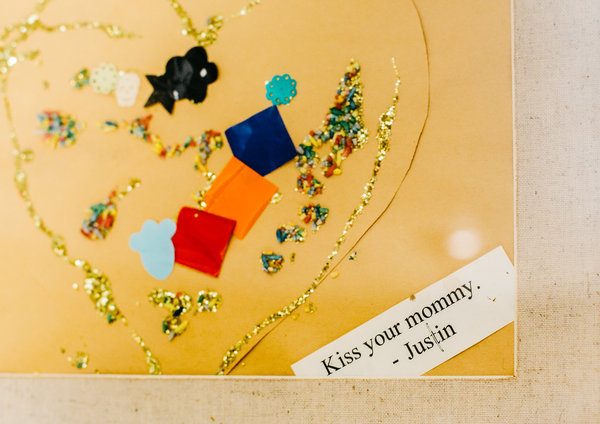 If he became angry at the children, she said, she would step in. “He was brutal. He was cruel the way he spoke to them sometimes,” she said. “You don’t talk to children to destroy something in them so young. So if I saw it happening, I refocused him to come back at me.”

When he was physical with her, she said, he made sure “you couldn’t get up.”

“I would try to fight back,” Ms. Helfer said. “But he made sure he’d hit you and kick you long enough to keep you on that floor.”

The police were called once when Mr. Helfer became jealous of Ms. Helfer’s new cellphone.

“He picked me up, I mean lifted me up, like a wrestler, and threw me down on the floor,” she recalled. “I tried to keep my wits about me. He kept on hitting, he wouldn’t let me get up. All I wanted to do was not even touch him. I was just scared to stay on that floor. He kept kicking me and hitting me, and finally I got up and I ran.”

“I’m sitting in the front. He’s out by the mailbox, laughing and talking with the police, accusing me,” said Ms. Helfer, who said she then lost hope of pursuing charges against him.

On July 13, 2014, her tumultuous marriage hit its breaking point. Ms. Helfer woke up with a burning pain in her neck.

“I thought he punched me,” Ms. Helfer said. “I didn’t realize that was the first stab wound.”

“The look he gave was a look that you only see in horror movies,” Ms. Helfer said.

Justin, then 15, got a bat and tried to break down the bedroom door.

“I heard this scream from upstairs, that kind of scream you’d never heard before,” Justin, now 19, said in an interview. “I started hitting the door hard, really hard with the bat. Those seem to have stopped my father from doing whatever he was doing. He went to the door, opened it, and we were all standing there.”

Justin said his father walked right past them.

When Ms. Helfer woke up in a hospital three days later, she learned that her husband was dead. After the attack, he had driven to the Verrazzano-Narrows Bridge and jumped.

Today, memories from the past still sneak up on Ms. Helfer regularly.

“You could be washing dishes and all of the sudden, boom, you’re in the moment,” she said. “All the sudden you’re reliving that moment, and it’s so surreal.”

Since the attack four years ago, Ms. Helfer has received physical and occupational therapy and counseling. In the immediate aftermath, though, her concern was for her children.

“I took care of them instead of helping myself also, so what happened was, I ended up losing myself in the process, and I fell into a deep depression,” she said.

In addition to the emotional hardship, Ms. Helfer is in financial distress. She is behind on payments for her mortgage and lost part of her Social Security survivors benefits once Justin turned 18. Her other son will also lose his benefits at the end of the school year. Currently, the benefits total $3,570 a month.

In October, Ms. Helfer visited the Jewish Community Center of Staten Island to use the food pantry. The center is a beneficiary agency of UJA-Federation of New York, one of the eight organizations supported by The New York Times Neediest Cases Fund.

The family still lives in the house where the attack happened because the children told Ms. Helfer they wanted to return home.

Ms. Helfer encourages other victims of domestic violence to reach out to someone for help.

“Try, as hard as it is,” she said. “You’re scared, but if you can just reach out to someone, and maybe that person can get you all the information to help you out. That person might be the source of you escaping a nightmare.”

Ms. Helfer said she hoped sharing her story would help others bring their abuse out of the dark.

“It might be the hardest thing they’ll ever do,” she said, “but it’ll be the best thing.”

If you or someone you know is being abused, support and help are available. Visit the National Domestic Violence Hotline website or call 800-799-7233.