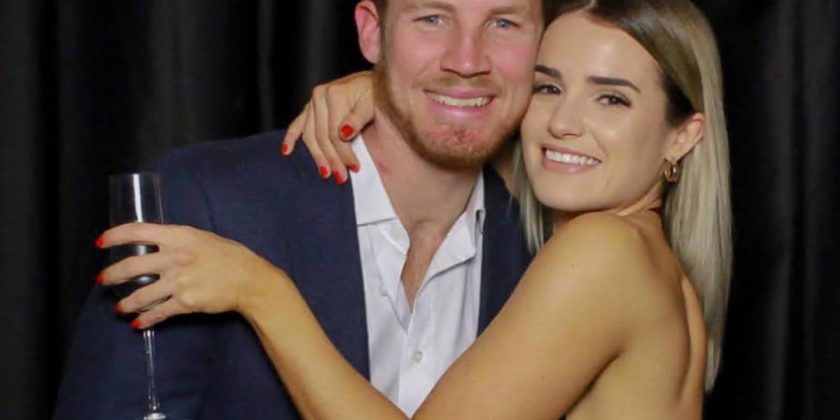 US-based former Black Cap Corey Anderson and wife Mary are having a baby boy in July. Anderson who plays in the Major League Cricket T20 in the USA, married his Texan sweetheart in a picturesque wedding in Mexico last August.

On Sunday, Mary posted a picture of their gender-reveal cake telling her followers: “Beyond excited to meet baby BOY Anderson in July.”

Also revealing their baby’s sex this week were billionaire Zuru Edge couple Nick Mowbray and partner Jaimee Lupton who, in the new year, announced they were expecting a baby.

On Sunday Lupton posted a cute video of the couple’s reveal with the popping of a black balloon in the countryside. Little pink balloons floated out, with the mother to be jumping for joy and Mowbray smiling and taking it all in.

“Halfway baked and we are beyond excited to meet you! Dad hopes you like sport,” Lupton captioned the video. Their baby is due in July.

And Claudia Hoskins and Quinn Ryan, of The Bachelor fame, recently revealed they are expecting a baby.

The couple were on different seasons of the reality dating franchise, both making the final three. In 2020, after bumping into each other at a Ponsonby bar, dates ensued, love blossomed and Hoskins relocated to Hawke’s Bay to move in with Ryan.

“Our little Leo coming in August,” Hoskins revealed on Instagram with a picture of the couple in an apple orchard in Hawke’s Bay, holding up a scan of the baby.

It’s wonderful news for the couple. Last May Hoskins bravely shared with her Instagram followers that the couple had suffered a miscarriage, wanting to reach out to other women in similar situations and allowing them to reach out to her.