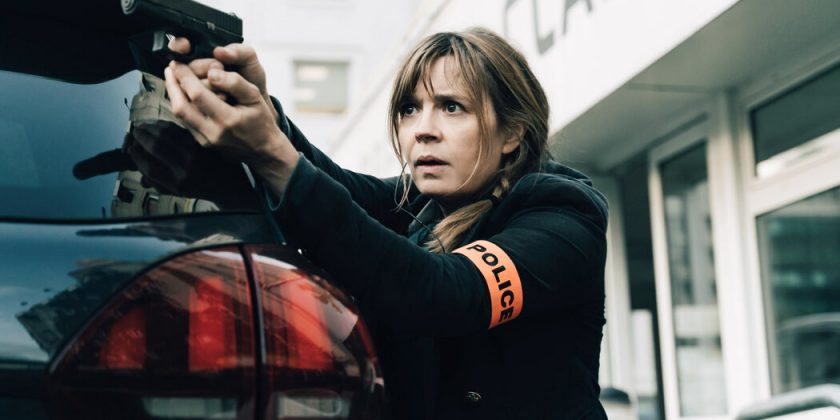 The long-running crime drama “Spiral” — its title in France, where it premiered on Canal+ back in 2005, is “Engrenages,” or “Gears” — does not take place in a postcard Paris. Tourist landmarks and picturesque boulevards are scant; the Eiffel Tower occasionally appears in the hazy distance, like a mirage. The show’s eighth and final season begins with a shot of Sacré-Coeur, but the camera pans down to the working-class Barbès district, where the dead body of a homeless Moroccan teenager is found inside a launderette washing machine.

And the Paris police officers of “Spiral” are cut from the same rough cloth. Their toolbox includes blackmail, intimidation and a disingenuousness so routine it’s like breathing — you can tell they’re lying in the presence of their superiors because their lips are moving. They’re not “good cops,” but of course they’re good cops. “Spiral” may be an unusually tense, granular and absorbing cop show, but it’s still a cop show. There’s no doubt whom we’re rooting for.

Season 8, whose 10 episodes aired in France in September and begin streaming Tuesday on MHz Choice, carries on a series-long exploration of the need to break the rules in a justice system hobbled by bureaucracy, careerism and politics. With the end in sight, however, the key is lower, less sensational, more twilight. 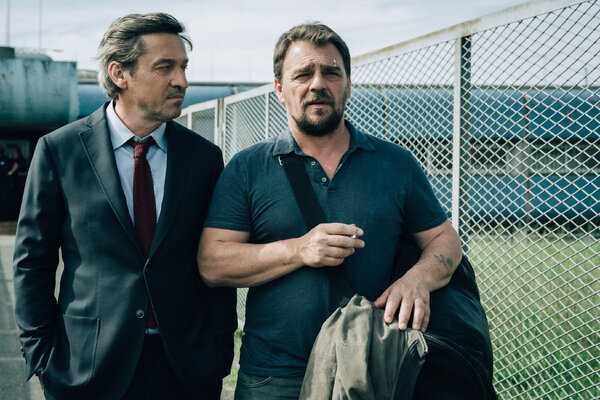 The subterfuges and indiscretions engaged in by the judicial-police team at the heart of the show are not as spectacular as we’ve become accustomed to. And the central characters, the fiercely determined police captain Laure Berthaud (Caroline Proust, in a captivating, beautifully ragged performance) and her wild-man colleague and lover Gilles Escoffier, or Gilou (Thierry Godard), are hunkered down. He’s in prison after taking the fall for their most recent well-intentioned criminality, and she’s back in charge of a unit that has been sidelined and is enjoying partial custody of the infant daughter she was incapable of caring for in the previous season.

But the legacy of their maverick behavior — which had already driven away the strait-laced team member Tintin (Fred Bianconi) in one of the show’s major emotional arcs — is still central, as the talented young detective Ali (Tewfik Jallab) chafes under Laure’s leadership and considers a transfer. And Laure dives right back into bending the rules, finding a way for the unit to take over the case of the launderette murder.

“Spiral” is sometimes labeled the French “Law & Order,” a comparison that makes some superficial sense because the branch of the French justice system it portrays puts cops in a close working relationship with investigative judges, who function like American prosecutors. Both shows exploit that setup for visual and tonal variety — stakeouts and chases alternating with brittle arguments in paneled chambers.

The parallel breaks down right away, though, because “Spiral” is an altogether more contemporary show, an 8-to-12-episode serial with season-long murder mysteries and A, B and C plots that converge and intertwine in mostly clever and (by the standards of TV crime drama) believable ways. The final season balances Laure and Ali’s murder investigation with Gilou’s infiltration of a nightclub owner’s shady enterprises — an endeavor Gilou hopes will earn him reinstatement to the force — and adds an arc for the ruthless defense lawyer Joséphine Karlsson (Audrey Fleurot), whose redemptive path continues when she becomes a surrogate mother for another young Moroccan.

The “Spiral” blend, or formula, is familiar: a well-paced and entertaining presentation of police gruntwork; a backdrop of administrative infighting and intrigue, which adds notes of dark humor; and the fraught personal lives of cops, prosecutors and lawyers, presented without undue sentimentality. Another, more apt, American comparison is to “The Wire,” but “Spiral” has been that show’s equal, or better, in each of those categories. Few crime dramas have combined as rich a texture with stories as detailed and arresting; along with “The Wire,” “NYPD Blue” and “Bosch” come to mind. (“The Shield,” with its murderous cops, was too hyperbolic and melodramatic to be a good comparison.)

If there’s a complaint to make about the final season, it’s that Laure and Gilou are without either of the judges they worked with and against so entertainingly over the years, Clément (Grégory Fitoussi), killed in Season 5, and Roban (Philippe Duclos), retired at the end of Season 7. Clara Bonnet joins the cast and is fine as a young judge trying to assert her control, but she doesn’t have time to make a strong impression.

Otherwise “Spiral” works its way through a satisfying valedictory season, less hair-raising and dire than earlier editions but in some ways more moving. There are nods to the great tradition of the French caper film as the star-crossed Gilou gets drawn into a plot that clouds his future, and shades of noir as Laure ends up, literally, on a dark and lonely road. And the camera keeps coming back to an appropriate Parisian landmark, Renzo Piano’s towering courthouse on the city’s northwestern fringe — stark, unadorned, impossible to look away from.