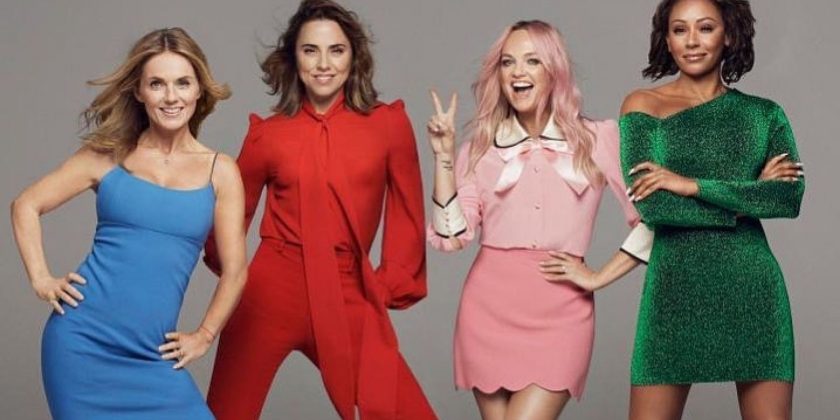 The 90s girl band originally announced six dates in 2019, including a finale at Wembley Stadium in London.

But after fans vented their frustration as they struggled to buy tickets, the group announced they will play four extra dates in London, Manchester and Coventry.

They have not performed together since the London Olympics closing ceremony in 2012, and they last toured 10 years ago.

Mel B, Geri Horner, Emma Bunton and Melanie Chisholm will be performing without Victoria Beckham, who is focusing on her career as a fashion designer.

The Spice World tour will now begin at the Etihad Stadium in Manchester on 29 May 2019, instead of 1 June, and they will play three dates in the city.

They will play two additional dates at Wembley Stadium in London, with shows on 13, 14 and 15 June, and a further show at the Ricoh Arena in Coventry on 4 June. The dates were added after fans struggled to buy tickets online for the existing shows – with many complaining of long waits in electronic queues.

One fan wrote on Twitter: “@TicketmasterUK how is anyone supposed to be able to buy tickets for #SpiceWorld2019 when “something has gone wrong” keeps showing????? Absolutely ridiculous!”

Another said: “No @TicketmasterUK, there isn’t a problem with my connection! Your website can’t handle the traffic Cheers #igiveup.”

Many fans have shared their joy at being able to see the band go on tour, with one Twitter user posting: “My 12-year-old self is freaking out.”

“Thank you everyone for such an amazing reaction, so excited to see you,” the official @SpiceGirls twitter account said.

The band shot to worldwide fame in 1996 after the release of their first single Wannabe, spreading the message of girl power.

They went on to sell 85 million albums worldwide.

Only two of their 11 singles failed to reach number one on the British charts.

They split in 2000 but reunited for a world tour in 2007 – and again got together to perform at the London 2012 Olympics closing ceremony.