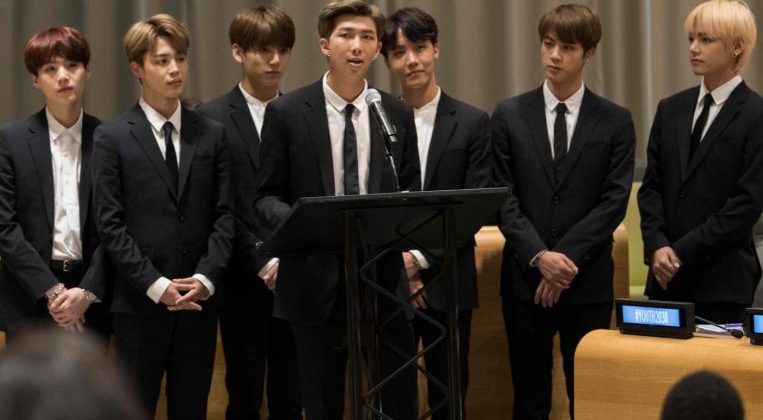 SEOUL – First, it was Japanese broadcaster Asahi who cancelled BTS’ scheduled appearance on its show Music Station, citing a T-shirt worn by a member as the reason.

The T-shirt featured images and phrases linked to South Korea’s liberation from Japanese colonial rule in 1945, including a photo of the atomic bombing of the Japanese city of Hiroshima.

Now, Japanese television stations Fuji TV and NHK have also said that they would either withdraw or reconsider BTS’ appearance on their music shows, triggering debate online and in the media, reported The Korea Herald.

South Korea’s ruling and major opposition parties have weighed in on the T-shirt debate.

Mr Hong Ihk-pyo, a spokesman for the ruling Democratic Party, commented that “it would be inappropriate for Japanese broadcasters to rescind BTS’ appearance on the grounds of politics” and objected to the “politicisation of non-political exchanges”.

He added that censoring broadcast materials is something that “warrants international criticism”.