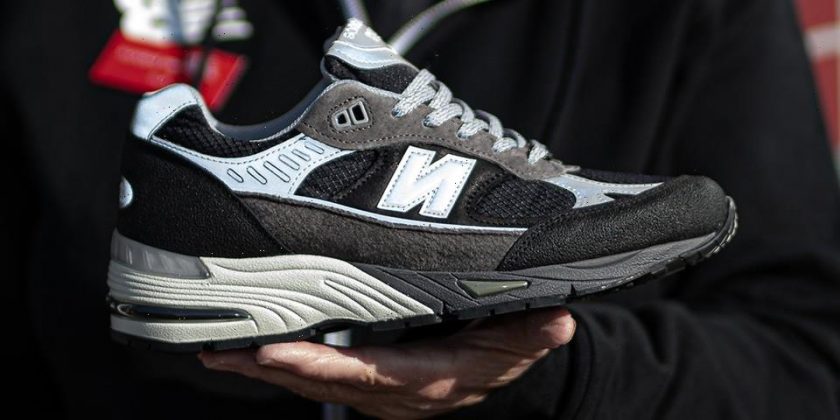 Slam Jam and New Balance have come together once again, this time around delivering a Made in U.K. 991 alongside a pair of track pants and a complementing track jacket.

The collaboration follows on from 2019’s “Unfinished” 990v3 collaboration which produced just 89 pairs in total, and for the 991, Slam Jam is set to make the pair more widely available for us (who are lucky enough to cop) to enjoy. Sticking with its “(Un)corporate Uniforms” project — the ongoing study into understanding, developing, and being at one the ideals of the ultimate uniform — the 991 features a generally unassuming and muted color palette, but of course with Slam Jam’s involvement, nothing is what it seems.

Indeed, the devil is in the detail with this pair. Not only have they been produced at New Balance’s Flimby factory in Cumbria, England (which produces some of the sportswear label’s best work), but they have also been given a true Slam Jam once over. As a result, the uppers are made from ripstop nylon and toughened pigskin suede, adopting a black and gray color scheme all over. Reflective piping has been added to the mid-panel “N” emblem, while elsewhere you’ll find rough rubber detailing on the heel and tips and a bi-colored ABZORB-equipped sole unit.

Red, gray, or black shoelaces can be swapped around to give the shoe a different look, and all will be harnessed by the translucent lace-lock that features Slam Jam’s logo on it. Lastly, Slam Jam and New Balance add both their monikers to the insole, before making it reflective.

As mentioned above, a waterproof anorak and track pant set will be accompanying the shoe. Movability has been considered in the design, so Slam Jam has added reflective hits to bio-motion points to highlight this both figuratively and physically. Take a look at the Katie Burnett-shot campaign, as well as images of the shoe at New Balance’s Shap store in Cumbria, and more detailed shots of the 991 above.

The Slam Jam x New Balance 991 is set to release on May 7 at Slam Jam locations and on its website, as well as at the Shap store on the same day. Global retailers will stock the shoe from May 13.

In case you missed it, check out the Sole Mates installment in which Slam Jam spoke with HYPEBEAST about its ASICS NOVABLAST collaboration.
Source: Read Full Article