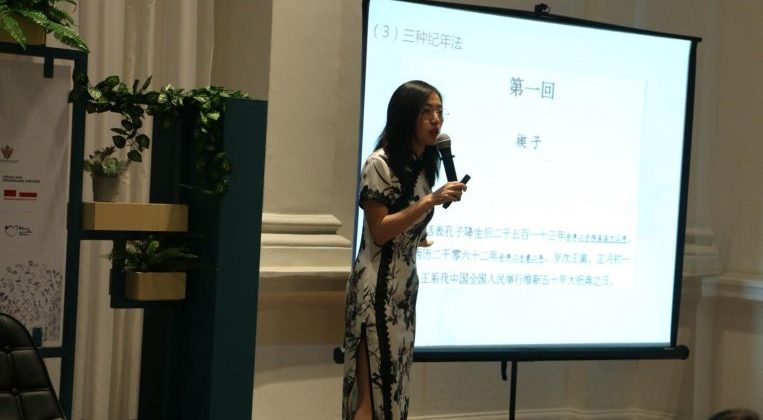 SINGAPORE – Mention Chinese science fiction and many will think of The Three-Body Problem (2006), the first novel in Liu Cixin’s trilogy about aliens which gained legions of fans worldwide – and scooped up a Hugo Award – after it was translated into English.

What fewer people realise is that Chinese science fiction has been around since the late Qing dynasty, said science fiction writer Xia Jia during a talk at the Singapore Writers Festival on Sunday (Nov 11).

Referring to the growing prominence of Chinese science fiction, she said: “We need to thank Liu Cixin, (author and translator) Ken Liu, and all those people who somehow helped bring this about. But from a big-picture point of view, I must admit that this is also the result of the rise of China, and the global anxiety about the impact – whether negative or positive – China might have on the world.”

Speaking in Mandarin at The Arts House, the Xi’an-born writer charted the genre’s evolution from 1900 to the present day- beginning with Liang Qichao’s 1902 unfinished political novel The Future Of New China, which presents an utopian vision of China in 1962, or the year of Confucius 2513.

“Back then, people weren’t so familiar the western calendar, so they could have easily counted it wrongly… another reason is that he might have wanted to make it seem more futuristic by setting in a new century.”

But the most compelling reason, Xia Jia added, is that this could function as an allusion to both the western calendar as well as the method of counting the year from Confucius.

Xia Jia is the pen name of 34-year-old Wang Yao.

The associate professor of Chinese literature at Xi’an Jiaotong University is known for her short stories, such as The Demon-Enslaving Flask (2004), where a 19th century scientist James Clerk Maxwell is given a Faustian challenge, A Dream of Ever Summer (2008), about an an immortal and a time-traveller who cross paths in different places in time, and A Time Beyond Your Reach (2017), where a young woman speeds up her mental state to get closer to the object of her desire.

“The darkest dystopias usually contain utopian elements,” said Xia Jia. “In Cat Country, what really touched me was a line where the main character dreams of the Cat Country becoming ‘a garden city with music, sculptures, flowers, birds, order and beauty’.

” It sounds a lot like Singapore,” she added, to laughter from the crowd.

Xia Jia, whose first English collection of short stories will be published next year (2019), said that the imaginative quality of many of the works by Chinese authors is “still lacking, and rather restrained”.

“Our writing needs to be more imaginative if we are to produce something that has historic significance,” she added.

“I’m not a fan of nationalistic expressions of The Chinese Dream, but I feel that when we write stories drawing on the complexities of China’s cultural politics and philosophy, we might dream of something that hasn’t yet been thought of in English science fiction.”

“History teacher Lam Cherng Yang, 38, who read Ni Kuang’s adventure-science fiction Wesley novels when he was a teenager, said of the talk: “Chinese science fiction is something that is still quite alien to me… I’ve made a note of some of the books she recommended, such as the books by Liu Cixin and Xia Jia herself.”

“At the same time, Chinese writers are also being exposed to the world, and this opens up their minds.”

The Singapore Writers Festival, whose 21st edition drew to a close on Sunday (Nov 11), is organised by the National Arts Council.